India: Towards An Atma Nirbhar Pharmacy Of The World 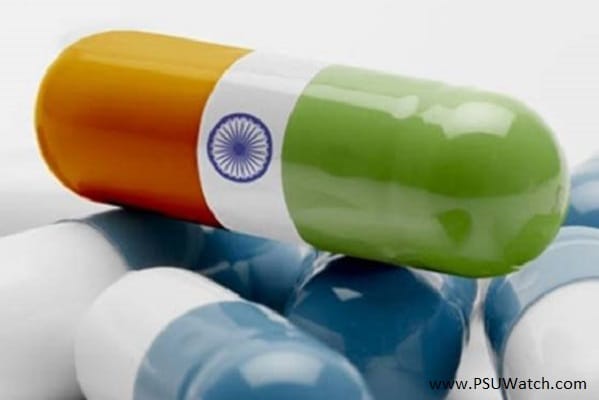 Indian drugmakers import around 70 per cent (72.40 percent for 2019-20) of their total bulk drugs from China. The bulk drugs, also known as the active pharmaceutical ingredients (API), are the raw materials for the manufacture of drugs. These included raw materials to produce top-selling antibiotics, anti-diabetic medicines and commonly used medicines.

According to a government reply in the Lok Sabha, the country’s drugmakers imported bulk drugs and intermediates worth $2.4 billion from China in the 2018-19 fiscal. Although, on the other hand, India’s drugs and pharmaceuticals exports also stood at US$ 24.44 billion in FY21, with North America being the largest market for India’s pharma exports with a 34% share. India has a formidable pharmaceutical industry, but the same had dependence on China for the raw materials for many years. Not only India, even the drugmakers in the US used roughly 80 percent of bulk drugs from China to produce finished medicines.

Government of India constituted a Task Force on Active Pharmaceutical Ingredients on 18th April, 2018 to formulate a road-map for enhanced production of APIs in the country.

On February 6, 2020 an inter-ministerial committee was formed to address the issue of drug security in the country. The committee submitted its report on February 27, mentioning that the country is heavily dependent on China for 58 APIs. Out of these 58 APIs, the Drug Security Committee recommended a scheme for 53 APIs.

A Technical Committee was constituted on 02.03.2020 to make recommendations for the revival of fermentation industry, new technologies for manufacturing of APIs including its backward integration, costing of the projects and identification of strategic business models.

On the basis of the recommendations of the Drug Security Committee, the Department of Pharmaceuticals prepared two schemes for promoting domestic manufacturing of bulk drugs- Production Linked Incentive (PLI) scheme and scheme for Promotion of Bulk Drug Parks. These schemes were approved by the Cabinet on 20.03.2020.

Under the PLI scheme, financial incentives were to be given based on sales made by selected manufacturers for 41 products which cover all the identified 53 APIs. The Rs. 9,940 crore package to boost the domestic API manufacturing industry is divided into two parts – Rs.6,940 crore has been allocated for the PLI Scheme and Rs.3,000 crore will be spent on setting up three bulk drug parks. On 24th February, 2021, the Union Cabinet approved the Production Linked Incentive (PLI) Scheme worth Rs 15,000 for high value products in pharmaceuticals. According to the government release, the scheme is expected to generate 20,000 direct jobs and 80,000 indirect employment for both skilled and unskilled personnel, as a result of growth in the sector.

The PLI Scheme provided the much-needed impetus to the bulk drug industry and as on August 31, 2021, it showed a good response from the industry with a total of 278 applications, likely to benefit 55 manufacturers. As on 22nd January, 2021, 5 companies had committed more than the minimum proposed annual production, with a total committed investment of Rs. 3,761 cr. by the companies and employment generation of about 3,825. On 13th April, 2021, further 16 applicants under PLI Scheme were accorded approval.

The juggernaut of domestic bulk drug manufacturing kept on moving and now, Union minister for chemicals and fertilisers Mansukh Mandaviya has announced that the manufacturing of 35 active pharmaceutical ingredients (API)s has started in India under the production linked scheme for the pharmaceuticals sector.

According to Union minister for chemicals and fertilisers Mansukh Mandaviya “Under the production-linked incentive (PLI) scheme, 32 new plants for the production of APIs (Active Pharmaceutical Ingredients) have been set up and production has now started in 35 of the 53 identified APIs.”

So, the Production Linked Incentive (PLI) for the pharma sector launched by the government has started showing results for an Atma Nirbhar Bharat. But there is an acceleration effect also. Besides employment generation, the speedy introduction of generic drugs into the market by the government has not only helped in reducing the costs and bringing down healthcare expenses, but the same is also expected to benefit the Indian pharmaceutical companies. Similarly, the government’s thrust on rural health programmes, lifesaving drugs and preventive vaccines also augured well for the pharmaceutical companies.