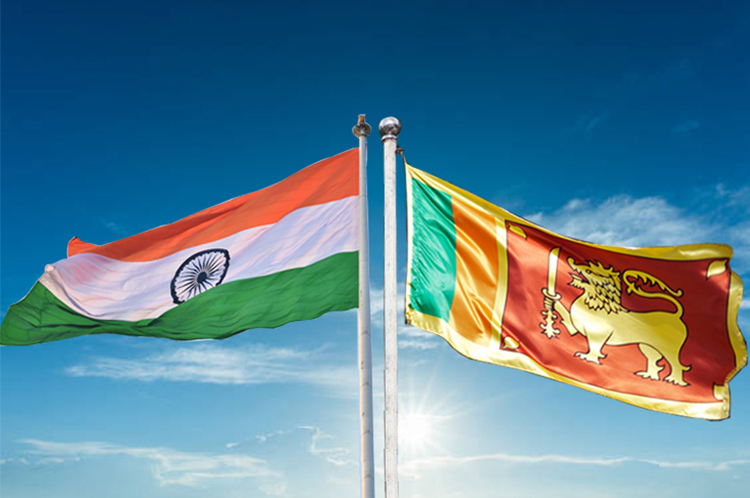 India’s Foreign Minister Subrahmanyam Jaishankar was in Sri Lanka this week to offer help to the struggling Sri Lankan economy in an attempt to pry it away from a decades-long Chinese embrace.

Having a giant, increasingly assertive neighbor so closely intertwined with Sri Lanka has unsettled India, which is locked in a standoff with China at their disputed Himalayan border. Sri Lanka’s economic crisis affords India an opportunity to wean the country away from Beijing’sinfluence.

Perched just off busy East-West shipping lanes, Sri Lanka has drawn billions in investment under China’s Belt and Road Initiative. The program was launched in 2013 to build ports, roads, railways, pipelines and other infrastructure across Asia.

But China has taken over at least one strategic port when Sri Lanka failed to service its debt. New Delhi won a small but significant victory Tuesday when it wrested away a power project earlier granted to China.

India is also trying to outdo China in its alacrity to provide financial help to Sri Lanka, which is running dangerously low on foreign reserves to service its debt. According to central bank data obtained by Reuters, Sri Lanka currently has about $2 billion in foreign exchange reserves against $7 billion in total debt due this year, including $1 billion worth of notes maturing in July.

China, which has deeper pockets, has not yet acceded to a Sri Lankan request for a $2.5 billion credit line or a restructuring of its overall debt. About 22% of Sri Lanka’s debt is owed to bilateral creditors — China and Japan (10% each) as well as India (2%).

Food, milk, medicine and other essential commodities are in short supply as inflation rate surges past 17%. Power cuts are commonplace and some people have died of heat stroke while waiting in long lines to buy fuel.

“China’s presence is of concern to India, true. But India and Sri Lanka are also maritime neighbors. Any instability in Sri Lanka will have a spillover effect on India,” she told CNBC.

More than a dozen refugees have reached India by boat and Indian media reported, citing intelligence sources, that an estimated 2,000 more would follow in the coming days.

Sri Lanka’s nationalistic Rajapaksa government, which had hoped to ride out the crisis without IMF assistance, reversed course this month. Finance Minister Basil Rajapaksa, who is also the president’s brother, will soon travel to Washington to present policy proposals to the lender.

Sri Lanka has sought IMF bailouts 16 times in the past 56 years, second only to debt-ridden Pakistan.

The current crisis was precipitated by tax cuts which hit government revenues already under stress after the Covid-19 pandemic felled the $5 billion tourism industry. In 2020, real GDP contracted by 3.6% and Sri Lanka lost access to international debt markets after its ratings were downgraded.

Caught in a ‘strategic trap’

China has so far not acceded to Sri Lanka’s request for debt restructuring. Ganeshan Wignaraja, a non-resident senior fellow at the Institute of South Asian Studies at the National University of Singapore, ascribed China’s reluctance to two factors.

“One, it will set a bad precedent for other nations who have borrowed from China,” he told CNBC from Colombo. “And two, it will associate China with failure because the Sri Lankan economic model was based on China’s.”

In response to CNBC’s request for comment, the Chinese Ministry of Foreign Affairs said China and Sri Lanka have always supported each other. Beijing has supported Sri Lanka’s economy within its ability to do so, and will continue to do that in future, the statement said.

Sri Lanka adopted the Chinese model of infrastructure-led growth in the early 2000s on the premise that it would generate jobs and usher in prosperity. No reliable figures are available, but the cumulative value of Chinese infrastructure investment in Sri Lanka is estimated at over $12 billion between 2006 and 2019.

He described the strategic trap as an extension of a “debt trap” with human rights, political and security aspects. China shields Sri Lanka from criticism of its human rights record at the United Nations and favors an authoritarian, heavily militarized model of governance over democracy, he added.

“The quantitative economic projection of debt-trap falls short in capturing the strategic depth of Chinese projects. The Chinese projects have a long-term strategic design that could comfortably bring a ‘hybrid model’ of civil-military activity to the country, a security concern for Sri Lanka and the entire region,” Abeyagoonasekera said.

“The large scale Chinese infrastructure loans are one of the direct concerns; none of them could generate expected revenues to pay back the loans,” he said, calling Chinese loans “opaque.″