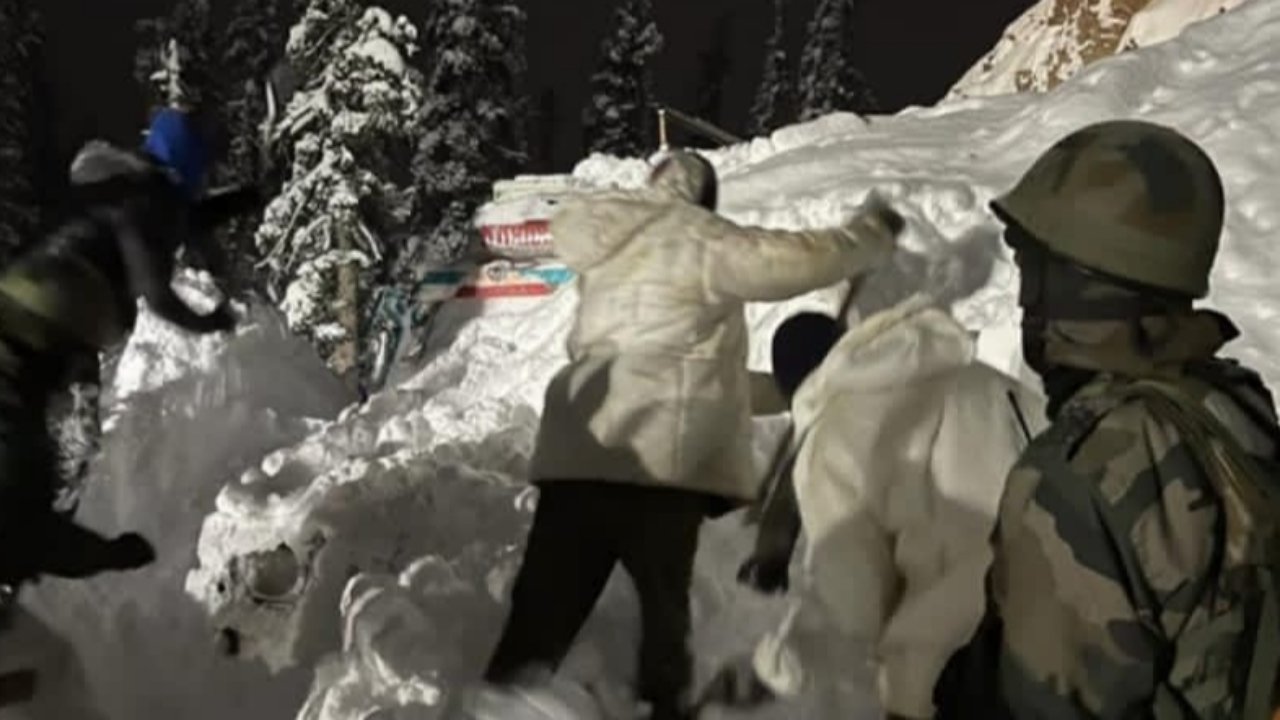 Indian Army personnel on Tuesday (January 18, 2022) rescued 14 civilians who were stranded due to twin avalanches at the Tangdar- Chowkibal highway in Jammu and Kashmir.

The avalanches, triggered by snow on Tuesday morning, had blocked the Tangdhar-Chowkibal road and 14 civilians including a child were stranded.

A critically ill heart patient was also among the civilians rescued.

They were then taken to a nearby army camp and were provided food and heat.”Army’s avalanche rescue team from Neelum Company Operating Base under Captain Kuljot Singh along with GREF immediately swung into action after information about the stranded vehicles full of passengers, including women, children and elderly was received,” the Army said in a statement.