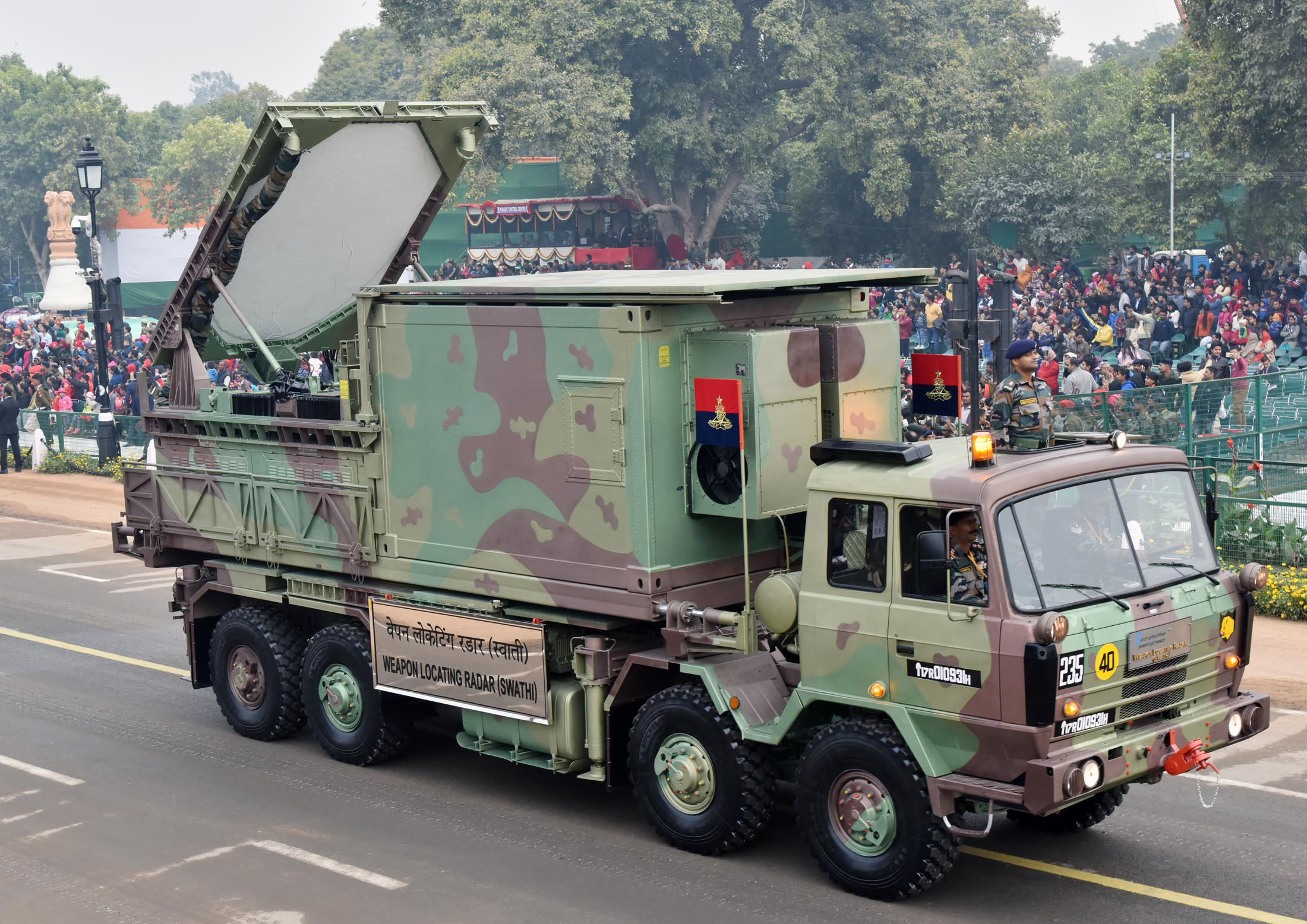 In a major boost for the Indian Army on the China front, the force has put up a proposal to the defence ministry for buying 12 Swathi weapon-locating radars developed by the Defence Research and Development Organisation (DRDO).  The Indian Army has initiated this proposal worth around Rs 1,000 crore Swathi WLRs and it is planned to be put for consideration by a high-level Defence Ministry meeting, government sources told ANI.  The weapon-locating radars developed by the DRDO and built by Bharat Electronics Limited had achieved major success and were supplied to Armenia as well.  Swathi weapon-locating radars provide fast, automatic, and accurate location of enemy weapons like mortars, shells and rockets within 50-kilometre range.The radars can simultaneously detect multiple projectiles fired from different weapons at different locations.  The Indian Army has been using the radars for its operations along the Line of Control in Jammu and Kashmir. The system was given for trial in the Army in 2018.  New Indian Army chief General Manoj Pande is a major supporter of indigenisation and orders for many types of equipment like self-propelled artillery guns are likely to go to Indian vendors only.A major push is also expected in small arms also as the planned orders for foreign assault rifles are now going to be given to Indian vendors who have made significant developments in this field.