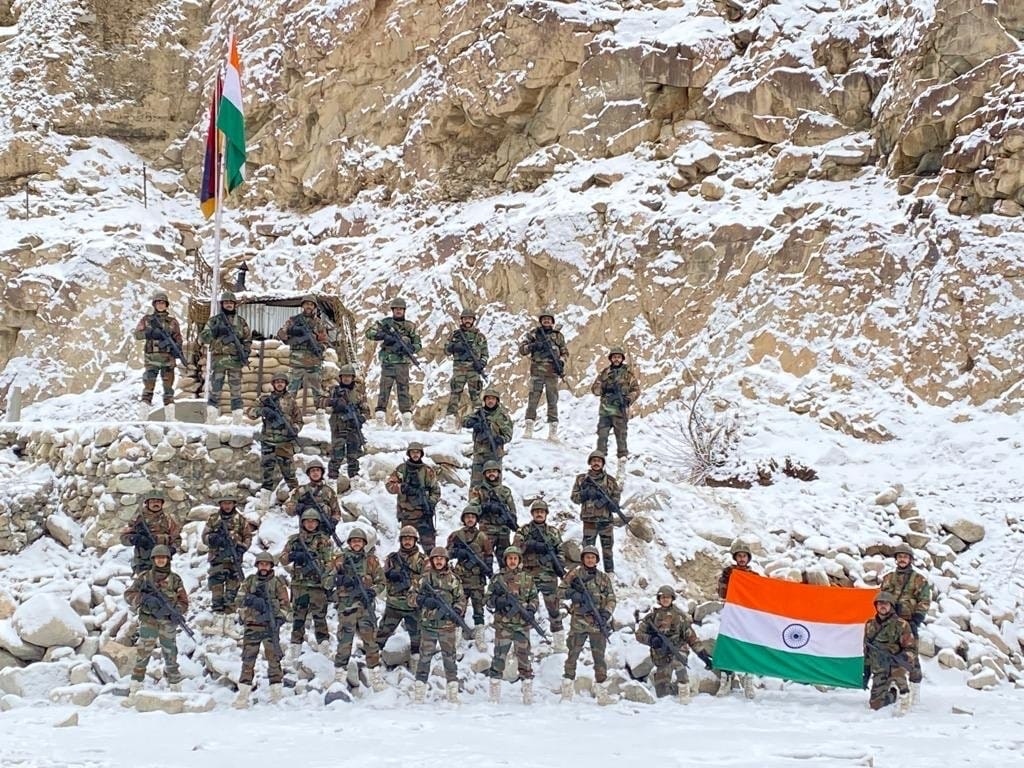 day after videos of Chinese PLA troops unfurling their national flag in Galwan Valley on New Year triggered a political uproar, pictures of Indian Army troops with the tricolour in Galwan have now surfaced.

Sources said this was on the occasion of New Year.

On January 1, China had laid claim to the Galwan Valley once again by unfurling its national flag. Videos of the event were put out by various Chinese government mouthpieces.

On June 15, 2020, there was an ugly clash at Patrol Point 14 in the Galwan region where 20 Indian soldiers, including the commanding officer of 16 Bihar Col Santosh Babu, were killed, escalating tensions between the two countries.

After the incident as per a disengagement plan a buffer zone was created to ensure soldiers don’t come face to face with each other and the area upto PP 14 was a no patrol zone.

Both sides pulled back by 1.5 kms each agreeing to maintain a buffer zone.

The Indian side moved back 700 metres. The first camp is 700 metres behind followed by camp 2 and camp 3 with approximately the same distance with Indian deployment to keep a watch on Chinese activities.

Both the armies maintain a heavy deployment but don’t enter the buffer zone, keeping a strong vigil on each other.
The location of Chinese troops in the video is also about 1.5-2 km away from the buffer zone.

Similarly, Indian troops are also outside the ‘no-patrol’ zone.

Similar buffer zones have been created in other friction points, including Pangong Lake and Gogra and Hot Springs, but a final resolution to break the deadlock hasn’t happened despite 13 rounds of military talks at Corps Commander level.