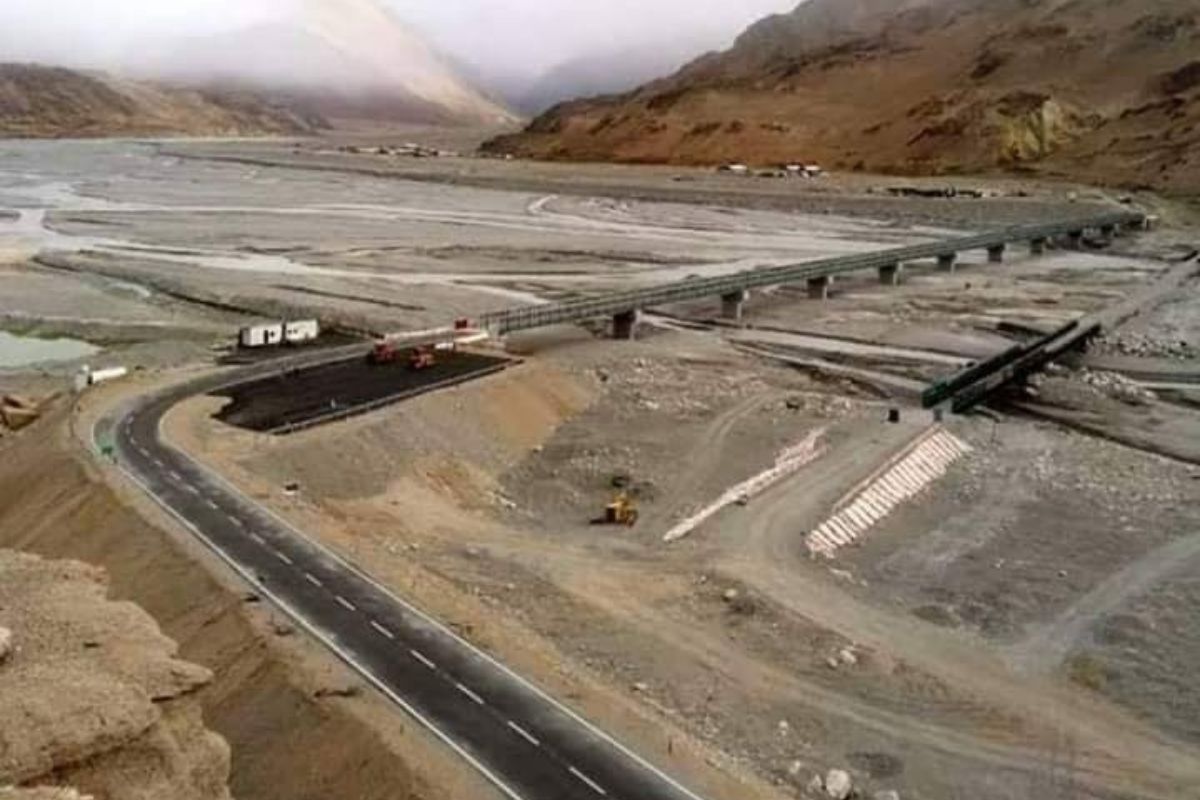 In another highlight of the Indian Defence Forces, the Indian Army’s impressive engineering skills came to the fore on Sunday after a video depicted the troops constructing a bridge across the Indus river.

The video was titled ‘Bridging Challenges – No Terrain nor Altitude Insurmoutable’ and was shared on Twitter by the South Western Command of the Indian Army. The drill was carried out by the Sapta Shakti Engineers in Eastern Ladakh.

The building of the bridge included carrying out mobility tasks and training.

The video depicts the mechanical launch of heavy metal parts into the waterbody as the bridge is shown to be completed at the end of the video.

Army personnel engrossed in teamwork can be seen in the exercise while heavy trucks cross the terrain after the bridge has been completed.

Earlier on Sunday, the Indian Army chief General Manoj Pande, who is on a two-day visit to the Ladakh sector, flew in an Indian Air Force Apache attack helicopter.

The request for a sortie from the Ladakh air base was received yesterday and today, the Army chief flew in the chopper over the area, IAF officials said.

Gen Pande was familiarised with the flying characteristics of the platform and briefed about its capabilities and roles, they said.

The Apache has been deployed in the Ladakh sector since the beginning of the military standoff with China along the Line of Actual Control in eastern Ladakh.

The Indian Air Force has 22 of these American-origin attack helicopters while the Indian Army is soon going to get six of its own.

Indian Army teams were also in the US for training purposes led by the Director General of Army Aviation himself.

However, the mainstay of the Army in the future would be the indigenous Light Combat Helicopter being developed by the HAL.

The Army chief was in the Ladakh sector from Saturday where he visited forward areas during the ongoing disengagement in the Gogra Heights Hot Springs area near Patrolling Point 15.

Earlier on Saturday, during his visit, General Pande witnessed the wargames codenamed Exercise Parvat Prahar and was briefed on operational preparedness by commanders on the ground, the Indian Army said.

He interacted with the troops and complimented them for their steadfastness and professional standards, the officials said.

Moving towards resolving the issues created on the LAC post-May 2020, India and China have agreed to dismantle and verify the temporary structures and other allied infrastructure created in the Gogra-Hot Springs (PP-15) area of the LAC in eastern Ladakh, the Ministry of External Affairs (MEA) had said on Friday.