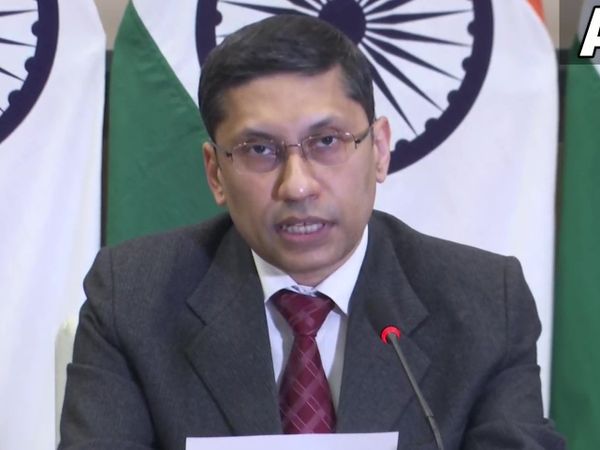 The Ministry of External Affairs (MEA) on Thursday said that India’s chargé d’affaires in the Beijing embassy will not be attending the opening or closing ceremony of the 2022 Winter Olympics.

This comes a day after a People’s Liberation Army (PLA) soldier, who was involved in the June 2020 Galwan Valley clash with Indian Army troops, was made a torchbearer at the Beijing 2022 Winter Olympic Torch Relay.

Reacting to the development, MEA Spokesperson Arindam Bagchi said it’s regrettable that China has chosen to politicise an event like the Olympics.

“Regrettable that China has chosen to politicise the Olympics. The Indian envoy will not attend the opening or closing ceremony of the Beijing Winter Olympics,” ANI quoted Bagchi as saying.

Meanwhile, Prasar Bharati CEO Shashi Shekhar Vempati has announced that the DD Sports channel will not telecast live the Opening and Closing ceremonies of the Winter Olympics being held in Beijing.

According to the Chinese state media, Qi Fabao, a PLA regiment commander from Xinjiang military command, stated that he carried the flame at Winter Olympic Park on Wednesday.

The Beijing 2022 Winter Olympics torch relay is being held from February 2 to 4 before the Games commence on February 4.