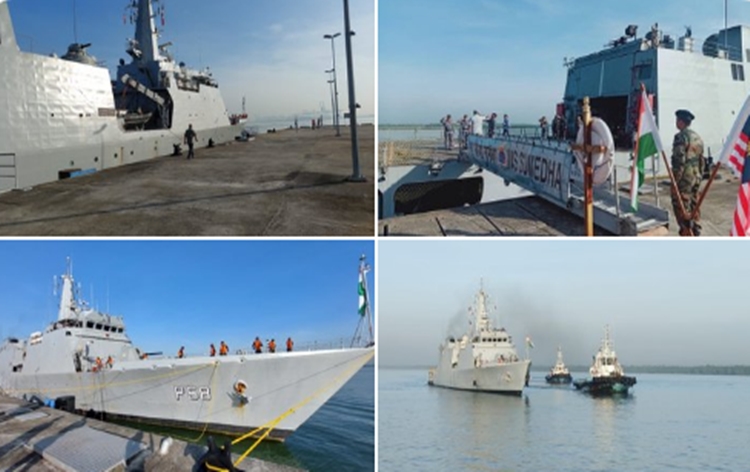 As part of the Indian Navy’s long-range operational deployment, Indian Naval Ship, INS Sumedha on Saturday visited Port Klang of Malaysia. The ship is on her return passage from Perth, Australia where she participated in the Azadi Ka Amrit Mahotsav celebrations. Ministry of Defence in a statement said that INS Sumedha’s visit to Port Klang is aimed at strengthening bilateral ties, enhancing maritime cooperation and inter-operability between Indian and Royal Malaysian Navies. Both navies have been collaborating on various fronts and are playing a critical role in ensuring Maritime Security and Safety of global commons.

During the port call at Port Klang, the crew of INS Sumedha would engage in professional interactions, subject matter expert exchanges, cross-deck visits and sports fixtures with personnel from the Royal Malaysian Navy. The ship will also be open for the visit of school children. INS Sumedha is also scheduled to participate in a Maritime Partnership Exercise with Royal Malaysian Navy  Ships.