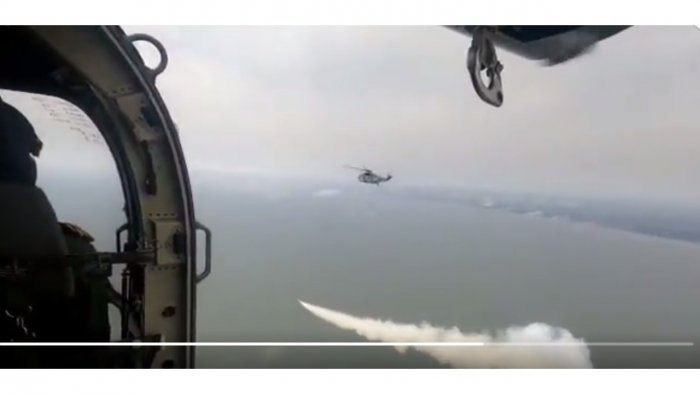 In a first, Defence Research and Development Organisation (DRDO) and the Indian Navy successfully conducted the maiden flight test of the ‘Naval Anti-Ship Missile’ launched from a Naval Helicopter from Integrated Test Range (ITR), Chandipur off the coast of Odisha. The indigenously-developed missile met all its objectives after it was air-launched from an anti-ship missile system for the Indian Navy.

This firing is a significant step towards achieving self-reliance in niche missile technology and reaffirms the Indian Navy’s commitment to indigenisation, the Spokesperson of the Indian Navy mentioned in a Tweet.

The Bullseye by Naval Anti-Ship missile

Further, all the sub-systems performed satisfactorily. Interestingly, the sensors deployed across the test range and near the impact point tracked the missile trajectory and captured all the events.

It is noteworthy that the naval missile comprised various technologies, including an indigenously developed launcher for the helicopter. The missile guidance system has been also equipped with a state-of-the-art navigation system and integrated avionics. The flight test was witnessed by senior officers of DRDO and the Indian Navy.

He complimented the Indian Navy and Naval Flight Test Squadron for their support of the project and said that the system will strengthen the offensive capability of the Indian Navy.