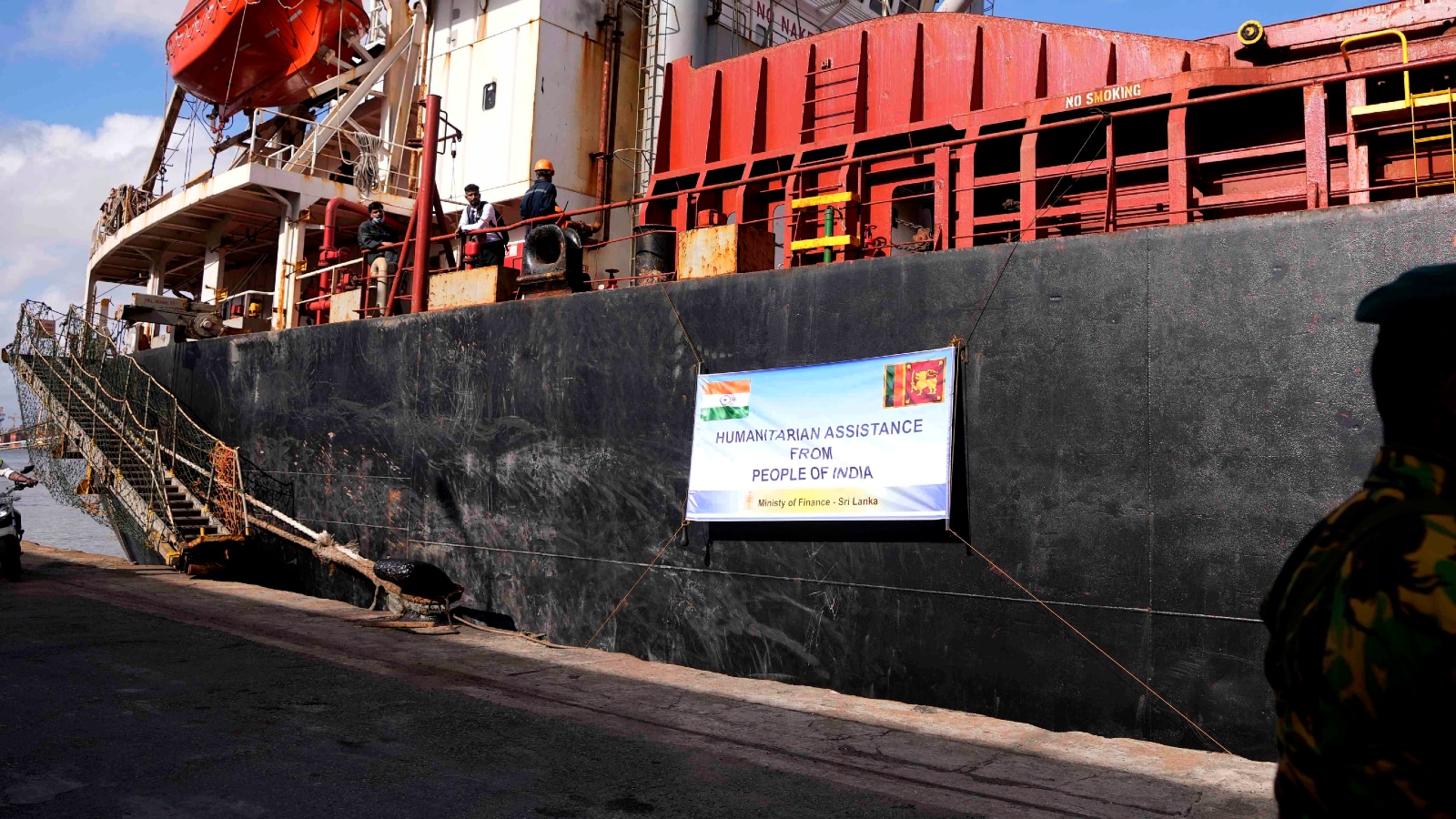 As India continues to assist Sri Lanka amid its financial crisis, the first consignment of a $16 million humanitarian aid package had arrived in the Island nation on May 22, according to AP. Gopal Baglay, the High Commissioner of India in Columbo, delivered the consignment sent from Tamil Nadu to Sri Lanka’s Foreign Minister Gamini Peiris. The shipment included rice, milk powder and essential medicines worth more than $5.6 million (₹435,177,943).

The shipment flagged off by Tamil Nadu Chief Minister MK Stalin included 9,000 metric tons of rice, 200 metric tons of spirit powder and 24 metric tons of essential medicines, according to ANI. In addition, India provided around 40,000 metric tons of petrol to Sri Lanka on May 23. Furthermore, India supplied another 40,000 metric tons consignment of diesel under the credit line which arrived in Sri Lanka. Additionally, India has pledged to provide more than $3 billion to the debt-ridden island nation in loans, credit swaps and credit lines. Meanwhile, Namal Rajapaksa, a member of the Sri Lankan Parliament and son of former Prime Minister Mahinda Rajapaksa, expressed gratitude to India for the humanitarian assistance provided to Sri Lanka. Taking to his Twitter handle, he thanked Prime Minister Narendra Modi and Tamil Nadu Chief Minister MK Stalin. He added, “India certainly has been a big brother & a good friend to #LKA throughout the years, something that we will never forget! Thank you.”

It is to mention here that Sri Lanka has been facing an economic crisis coupled with shortages of food, fuel and other essential services. The island nation has suspended repayment of about $7 billion in foreign loans, as per the AP report. All this triggered massive protests with people calling for the resignation of the Rajapaksa brothers. Many houses and properties of lawmakers were set on fire by the people. Eventually, Mahinda Rajapaksa resigned from the Prime Ministerial post and the appointment of Ranil Wickremesinghe as the new PM. According to ANI, the technical discussion between the International Monetary Fund (IMF) and Sri Lankan government on a potential IMF loan programme is expected to conclude on May 24. Sri Lankan Prime Minister Ranil Wickremesinghe has welcomed the Group of Seven (G7) announcement to assist the island nation in securing debt relief.