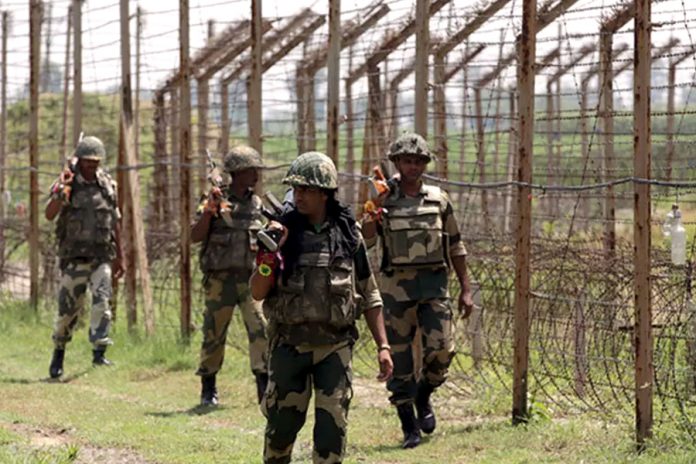 Even as the country faced a crisis on almost all fronts, especially in the health and economic sectors, due to the COVID-19 pandemic in 2020, the Ministry of Home Affairs (MHA) said the country’s internal security remained “under control” in the particular year. The MHA, which is responsible for maintaining internal security across the country, made the revelation in its recently published Annual Report 2020-2021. Detailing the internal security issues in the country, the MHA pointed out in the report that it can broadly be categorized as terrorism in the hinterland of the country, Left Wing Extremism (LWE) or Naxal or Maoism in certain areas, insurgency in the North Eastern (NE) states and cross-border terrorism in Jammu and Kashmir. “During the year 2020, the internal security situation in the country remained under control,” said the report. Noting that the Government of India accorded due priority to enhancing internal security, the report stated the principal “focus on the internal security front remained on countering terrorism in Jammu and Kashmir, improving the security scenario in the NE states, combating Left Wing Extremism and maintaining peace in the hinterland of the country”.On capacity building in countering terrorism, the Ministry said as State Police forces are first responders to any terrorist incident, the capacity building of these state forces is done by the Central Government through regular training in the area of intelligence collection and response to terror incidents and investigation. As per the report, the names of terrorist organizations or individuals, involved in terrorism are listed in the First Schedule and Fourth Schedule of the Unlawful Activities (Prevention) Act, 1967 respectively, and that the Central Government has declared “42 organizations and 31 individuals as terrorist organizations and individual terrorists respectively till December 2020”. The MHA actively participated in the Joint Working Group Meetings on Counter-Terrorism with foreign countries like BRICS member States and the United States of America, the report further stated. It also said that the Law Enforcement Agencies keep a watch on activities of fundamentalist organizations or groups, having a bearing on security, peace and public tranquillity of the country and take action as per extant provisions of law, wherever necessary. For strengthening internal security, the report said, the National Investigation Agency (NIA) was constituted under the National Investigation Agency (NIA) Act of 2008 as a special agency for the investigation and prosecution of offences specified in the Schedule of NIA Act. It further said that the NIA is the premier investigation agency at the Central level to investigate terrorism-related cases including terrorism financing cases. “The NIA, since its inception, has registered 363 cases (59 cases in 2020 till 31.12.2020), out of which, 286 cases have been charge-sheeted. A trial has concluded in 69 cases, of which 63 cases have resulted in a conviction.