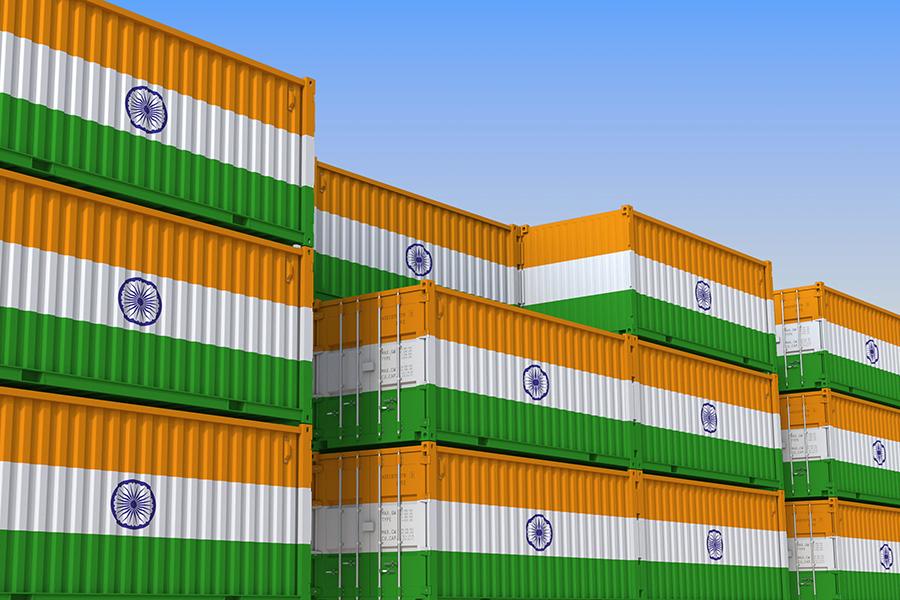 Target of five trillion US$ economy, the economy beginning to emerge from the depths of the COVID-induced downturn and the ‘Atma Nirbhar Bharat Abhiyan’; a reflection of these has to be seen in the export sector.

Seemingly, India is reviewing and re-focussing its export strategy.  Export promotion is always a big and multidimensional task. It is not limited to production or quality or price issues. It also faces Non-Tariff-Trade-Barriers and a host of other issues.

Global trade uncertainties, disruptions in the supply chain amid the pandemic have significantly affected merchandise trade in 2020, causing India’s exports to drop by 6.8% (amounting to US$ 291.8 billion) in FY 2020-21.

Between FY11 and FY21, exports to nine countries and two trading blocs, with which India already has trade agreements, grew 36 per cent to top $62 billion. However, imports from these very countries grew 44 per cent to nearly $75 billion, doubling the trade deficit to $11.8 billion in FY21 from $5.8 billion in FY11.

Then came the bounce-back. Between January-October 2021, India exported goods worth US$ 325 billion representing a 44% YoY growth. In 2021, India’s exports reached US$396 billion, nearly 21 per cent above the previous record in 2018. The government is confident that exports during the current financial year, April 2021 to March 2022, will exceed US$400 billion, which has been India’s target for more than a decade.

This bounce-back seems to be linked with a change in strategy as well. India had walked out of the Regional Comprehensive Economic Partnership (RCEP), giving up the policy of joining FTAs just to be part of a group of countries, as it was found to be an “FTA by stealth”. But that never meant that India is going protectionist, or averse to free trade agreements. Rather India shifted to Comprehensive Economic Partnership Agreement (CEPA). CEPA between India and the United Arab Emirates is a case in this reference.

Still, the most plausible reason behind India’s newfound enthusiasm for FTAs is the unprecedented lift in exports it has experienced.

There has been a series of incentives the government provided to promote exports of goods and services. The Government of India constituted various programmes including the Foreign Trade Policy (2015-20) to enhance exports and offset costs and inefficiencies for exporters. Some of the government schemes are listed below:

Exports from India Scheme, Remission of Duties and Taxes on Exported Products (RODTEP):

The RODTEP scheme replaced the old MEIS scheme from January 1, 2021. Under this scheme, merchandise exporters are entitled to a refund on all hidden taxes, which were not refunded earlier under any export incentive schemes.

Under this scheme, service providers in India will be compensated for exporting services. Under the SEIS, an incentive of 3-7% of the net foreign exchange earnings is provided to the exporter. It requires service providers to have a minimum net foreign exchange earnings worth US$ 15,000 to be eligible for refund. In September 2020, the government announced plans to revamp the SEIS.

Duty-free imports of raw materials that are physically incorporated into the export product (with a minimum 15% value addition) are permitted under this scheme.

Exporters having a past export experience, with at least two preceding years, are entitled to avail refund under this scheme.

On September 30, 2021, the government stated that the Emergency Credit Line Guarantee Scheme (ECLGS) will be expanded by Rs. 4.5 lakh crore (US$ 60 billion) to help small and medium-sized businesses with funding shortages and stimulate exports. During the same period, the government announced Rs. 6,000 crore (US$ 800 million) under the Export Credit Guarantee Corporation (ECGC) for companies offering insurance cover to exporters and allocated Rs. 1,650 crore (US$ 221 million) to the National Export Insurance Account Trust.

Out of these, the India-Korea CEPA and India ASEAN Trade in Goods Agreement are currently under review. The FTA talks with Canada will commence in March or April 2022. Similarly, India is currently proactively negotiating FTAs with several countries including UK, Australia, Israel and EU.

Through these FTAs, India plans to tap into the global demand, particularly in developed countries where growth has been strong since 2021.