Is China slowly turning its back on BRI projects in Pakistan? 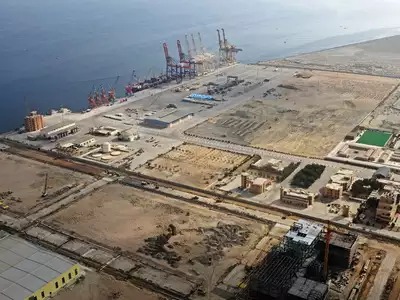 China is slowly backing away from its multi-billion dollar Belt and Road Initiative (BRI) commitments in Pakistan amid concerns over Islamabad’s spiraling debt, series of corruption scandals and rising security costs, according to a report on Asia Times.

With China drastically tightening its purse strings, several important CPEC projects are now either stalled or running way behind schedule.

According to Asia Times, only 32 out of the 122 projects under CPEC have been completed till the third quarter of this fiscal year.
And not just Pakistan, China’s BRI lending to other nations has also declined significantly in the past few years.

Data compiled by Boston University researchers shows that overall lending by the state-backed China Development Bank and the Export-Import Bank of China has come down from a peak of $75 billion in 2016 to just $4 billion last year, the report said. Estimates for 2020 show that this amount has further shrunk to $3 billion.

The report said that several factors, ranging from high-profile corruption scandals to Pakistan’s overborrowing, might have forced China to look away from its own flagship projects in the country.

According to Boston University research, the belt-tightening is in line with China’s “rethink strategy” for its $1 trillion BRI projects, which have been criticised globally due to opacity, corruption, risk of poor countries slipping into debt distress and severe social as well as environmental impacts.

The report said that Beijing is particularly riled at the fact that Chinese companies involved in the projects have entangled themselves in various corruption scandals, especially in the power sector.

“A recent inquiry conducted by the Security and Exchange Commission of Pakistan found irregularities worth over $1.8 billion in the power sector, with 16 mostly Chinese firms involved in the CPEC receiving undue subsidies and causing huge financial losses to the national exchequer,” the report said.

China’s trade war with the US could be another major factor behind a shift in its global lending strategy, according to Asia Times.

A debt crisis in making

Pakistan is fast moving towards a debt crisis and that could be another big reason why CPEC’s future is shrouded in uncertainty. According to the report, Pakistan’s debt-to-GDP ratio has touched a high of 107% and a higher debt profile is likely to trigger national security concerns.

For instance, the 1,872-kilometer-long railway line project is moving at a snail’s pace due to China’s reluctance to fund it at a paltry 1% return on investment. China is also reportedly unhappy with the Pakistan government’s decision to trim the project’s cost from $8.2 billion to $6.2 billion due to its rising debt load.

Paradoxically, China’s own projects are a big contributor to the debt mess Pakistan is currently facing.

A report by the Center for Global Development had pointed out that Pakistan is among the eight countries most at risk of falling into debt distress due to China’s BRI projects. It said that the majority of Pakistan’s external debt is owed to China due to BRI lending.

In its recent report, the Institute of Policy Reforms (IPR), a Lahore-based think-tank, said that Pakistan has slipped into a debt trap due to the government’s “failure to bring reforms and weak fiscal management.”

Debt concerns notwithstanding, Pakistan has been pulling out all the stops to protect Chinese investments as it seeks to revive its sagging economy.
Recently, Pakistan passed a bill in Parliament to give its powerful military near-total control over the CPEC projects.

The report said that the move was aimed at allaying China’s security concerns since militants in Balochistan have intensified their attacks on CPEC projects and Chinese nationals working on them.

Sources in Pakistan’s planning ministry had earlier told Asia Times that China wanted the Pakistan army to be directly involved in CPEC to expedite the pace of the projects.

According to the report, the slow pace of big-ticket projects figured high in a meeting last month between Pakistan foreign minister Shah Mehmood Qureshi and newly-appointed Chinese ambassador Nong Rong.

“During the meeting, Qureshi stressed the economic need for prompt completion of CPEC projects at a time the Pakistan economy staggers under the pandemic. In particular, he underlined the slow progress on the railway and at Gwadar port, where China is constructing an international airport, building an LNG facility and upgrading facilities to dock larger vessels,” the report said.

Meanwhile, both China and Pakistan are now reportedly looking for prospective foreign investors to speed up the work on the Special Economic Zones (SEZ) promised under CPEC.

The report said that China was earlier reluctant to invite non-Chinese companies to invest in the SEZs but the situation has changed with the dried up financing.

“Barring the Gwadar zone, the Allama Iqbal Industrial City in Punjab, and Rashakai Economic Zone in Khyber Pakhtunkhwa province, the other seven SEZs are either still in pre-feasibility or post-feasibility stages with no tangible development on the ground,” the report said.