Is Pakistan using Blasphemy As Pretext 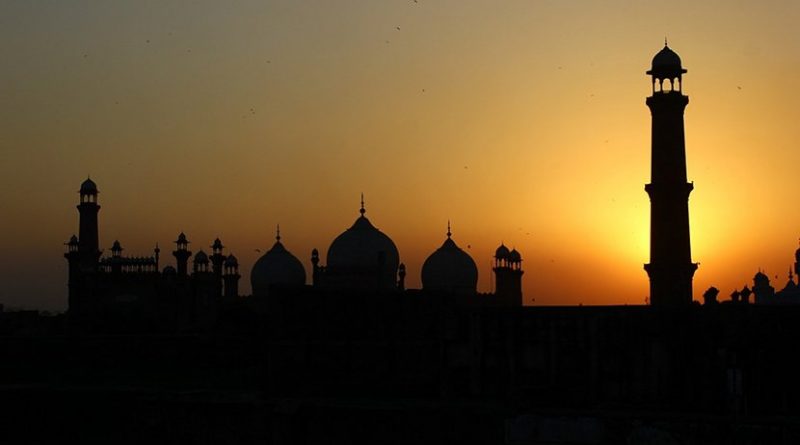 On September 8, 2020, a Sessions Court in Lahore, Punjab, sentenced a Christian man, Asif Pervaiz, to death, after convicting him of sending text messages containing “blasphemous content”. The court order issued by Additional Sessions Judge Mansoor Ahmad Qureshi said Pervaiz would first serve a three-year prison term for “misusing” his phone to send the derogatory text message. Then “he shall be hanged by his neck till his death.” He was also fined PKR 50,000. Asif Pervaiz has been in custody since 2013, fighting blasphemy charges that were levelled against him by the supervisor of the garment factory he once worked at. The supervisor had accused him of sending derogatory remarks about Prophet Muhammad to him in a text message. Following the sentence, Asif’s lawyer, Siaf-ul-Malook, however, stated, “He [Asif] denied the allegations and said that this man was trying to get him to convert to Islam.”

On August 23, 2020, several individuals lodged separate complaints for “blasphemy” against journalist and human rights activist, Marvi Sirmed in different parts of the country, including Lahore (in Police Stations of Ravi Road, Faisal Town and Garden Town) and Jhang (Kotwali Police Station) in Punjab Province; Karachi, in Sindh Province; and Islamabad with the Federal Investigation Agency (FIA). According to the information received, on August 22, 2020, Sirmed allegedly posted a satirical Tweet from her personal account, referring to the many enforced disappearances of human rights defenders and government critics in Balochistan Province, Pakistan.

On August 13, 2020, Police filed a case against actor Saba Qamar and singer Bilal Saeed under Section 295 of the Pakistan Penal Code (PPC), pertaining to blasphemy, for shooting a music video inside Wazir Khan Mosque in Lahore of Punjab Province. The case was registered at the Akbari Police Station of Lahore on the complaint of advocate Farhat Manzoor. Manzoor filed the complaint following the release of a clip of the video on August 8. Both Qamar and Saeed have published statements apologizing on their respective social media accounts.

On June 10, 2020, Sajjad Soomro, Assistant Professor of Shah Abdul Latif University, Khairpur, Sindh, was arrested by Police under blasphemy charges from his house in Ali Murad Mohalla, Khairpur city. He was arrested on a complaint by Ghulam Nabi, a Police officer who accused him of having spoken against Islam and against religious seminaries in the country.

Individuals who are prosecuted for blasphemy are routinely denied fair trial guarantees: blasphemy-related proceedings are excessively protracted; prior to trial accused persons are commonly denied bail and are held in custody for extended periods of time awaiting trial; and while detained, they are often held in solitary confinement for prolonged periods.

More worryingly, individuals accused of blasphemy continue to be vulnerable even after formally coming within the ambit of the criminal justice system, and are in constant danger of being attacked and killed by religious fanatics and terrorists. Unfortunately, as reported on December 24, 2019, there have been 75 such extrajudicial executions in Pakistan, since 1986.

Most recently, on July 29, 2020, Tahir Naseem, a US citizen and an Ahmadi, accused of blasphemy, was shot dead inside a District Court in Peshawar, Khyber Pakhtunkhwa, in the presence of security and the presiding judge. A video of the attacker, identified as Faisal Khan, in handcuffs, shouting angrily that his victim as an “enemy of Islam” was available in various social media platforms. Faisal Khan was taken into custody on the spot. Regrettably, a rally was organised in his favour in Peshawar on July 31. Thousands of Pakistanis rallied to show their support for Faisal. Those who rallied, carried signs praising Khan for the killing, calling for his immediate release from jail and saying he killed Naseem because the government was too slow in sentencing blasphemers to death. Though Pakistan is one of 13 countries where blasphemy is punishable by death, no one has been hanged so far.

Mashal Khan, a student, was lynched and killed by his own hostel mates at Abdul Wali Khan University in the Mardan District of Khyber Pakhtunkhwa, in broad daylight on April 13, 2017, after being accused of blasphemy.

Renowned qawwal (Sufi singer) Amjad Sabri (45) was killed in a targeted killing incident in the Liaquatabad Town of Karachi, the provincial capital of Sindh, on June 22, 2016. Tehreek-e-Taliban Pakistan (TTP)-Hakimullah Mehsud faction ‘spokesperson’ Qari Saifullah Mehsud claimed responsibility for the attack. In 2014, the Islamabad High Court had issued a notice in a blasphemy case against Amjad Sabri along with two TV channels for the playing of a qawwali during a morning show. The traditional qawwali sung by Amjad Sabri had mentioned religious figures, which was deemed offensive.

Salman Taseer (the then Governor of Punjab Province) and Shahbaz Bhatti (the then Federal Minister of Minority Affairs) were brutally murdered in 2011 for questioning violence linked to allegations of blasphemy. Taseer was killed on January 4, 2011, by one of his own body guards, Malik Mumtaz Hussain Qadri, who had reportedly been incensed by the Governor’s efforts to secure marginal amendments to the Blasphemy Law, as also his advocacy of Asia Bibi. Bhatti was killed on March 2, 2011, by unidentified militants, who fired 30 bullets at him and managed to escape. Pamphlets from two self-styled TTP factions, Fidayeen-e-Muhammad and al Qaeda Punjab Chapter, were found at the incident site, which declared, “anyone who criticises the blasphemy law has no right to live”. Asia Bibi, a Christian was the most prominent ‘blasphemy’ prisoner in recent times, was accused of blasphemy by neighbours, who objected to her drinking water from a particular well. The charge in 2009 lead initially to a death sentence in 2010, followed by years in indefinite detention. Subsequently after years of suffering, on January 29, 2019, Pakistan’s Supreme Court upheld her acquittal on blasphemy charges and subsequently she left Pakistan due to the risk to her life, and on May 8, 2019, reached Canada.

Regrettably, not only the accused, but judges and lawyers associated with blasphemy cases also face danger. According to a February 27, 2020, report, a former judge who spoke on condition of anonymity, said that magistrates in Pakistan’s lower courts remain very vulnerable to intimidation in blasphemy cases, given that they often live among the communities they serve. Due to the risk of being labeled blasphemers themselves if they acquit, they tend to “always convict”. It is common for lawyers to be threatened to stop defending those accused of blasphemy. Saif-ul-Malook, Asia Bibi’s lawyer and renowned Human Rights lawyer of Pakistan has faced several death threats, and was offered asylum in the Netherlands. As reported on June 12, 2019, he and his family are under Pakistani Police protection. Earlier, on May 7, 2014, Rashid Rehman, a Human Rights lawyer, was killed in his office, in Multan, Punjab, after he had been repeatedly threatened to stop defending Junaid Hafeez, a lecturer at Bahauddin Zakariya University, accused of blasphemy.

In the early phase after the birth of Pakistan, there were no legal provisions for religious discrimination. Nevertheless, deviations occurred during the military rule of Zia-ul-Haq (1978-1988) and the most debatable laws, Section 295-B of PPC, (blasphemy against the Holy Quran) was introduced in 1982, and Section 295-C, PPC (desecration against Prophet Muhammad) in 1986. In 1992, the government of Nawaz Sharif, went a step ahead and introduced the death penalty for a person held guilty of blasphemy under Clause 295-C of the PPC. The clause thus reads,

Whoever by words, either spoken or written, or by visible representation or by any imputation, innuendo, or insinuation, directly or indirectly, defiles the sacred name of the Holy Prophet Muhammad (peace be upon him) shall be punished with death, or imprisonment for life, and shall also be liable to fine.

The Freedom of Thought Report, 2019, explaining the situation of victims of blasphemy law noted:

Most blasphemy cases are either brought by those wishing to undermine minority groups or by those wishing to eliminate individuals against whom they have a grudge… Mullahs will often come to court to intimidate the judiciary, and obtaining a lawyer to ensure a fair trial is often impossible. Those accused of blasphemy, and who have been acquitted by the courts, often either flee Pakistan… Clerics and radicals have been found to have brought forward cases of blasphemy after fabricating evidence.

The strange combination of a weak democratic government and Islamised blasphemy laws in Pakistan has given the perpetrators of violence impunity to openly threaten, mobilise, attack and kill others in the name of blasphemy. The violence in the name of Blasphemy Law is increasingly consuming Pakistani society from within, giving validity to terrible crime and human rights violations in a country that is ranked 152nd out of 164 countries in the 2020 Global Peace Index. Unfortunately, the climate of hate and revenge has worsened violence in all possible forms.