Is the Muslim World Ignoring the Plight of the Uyghurs? 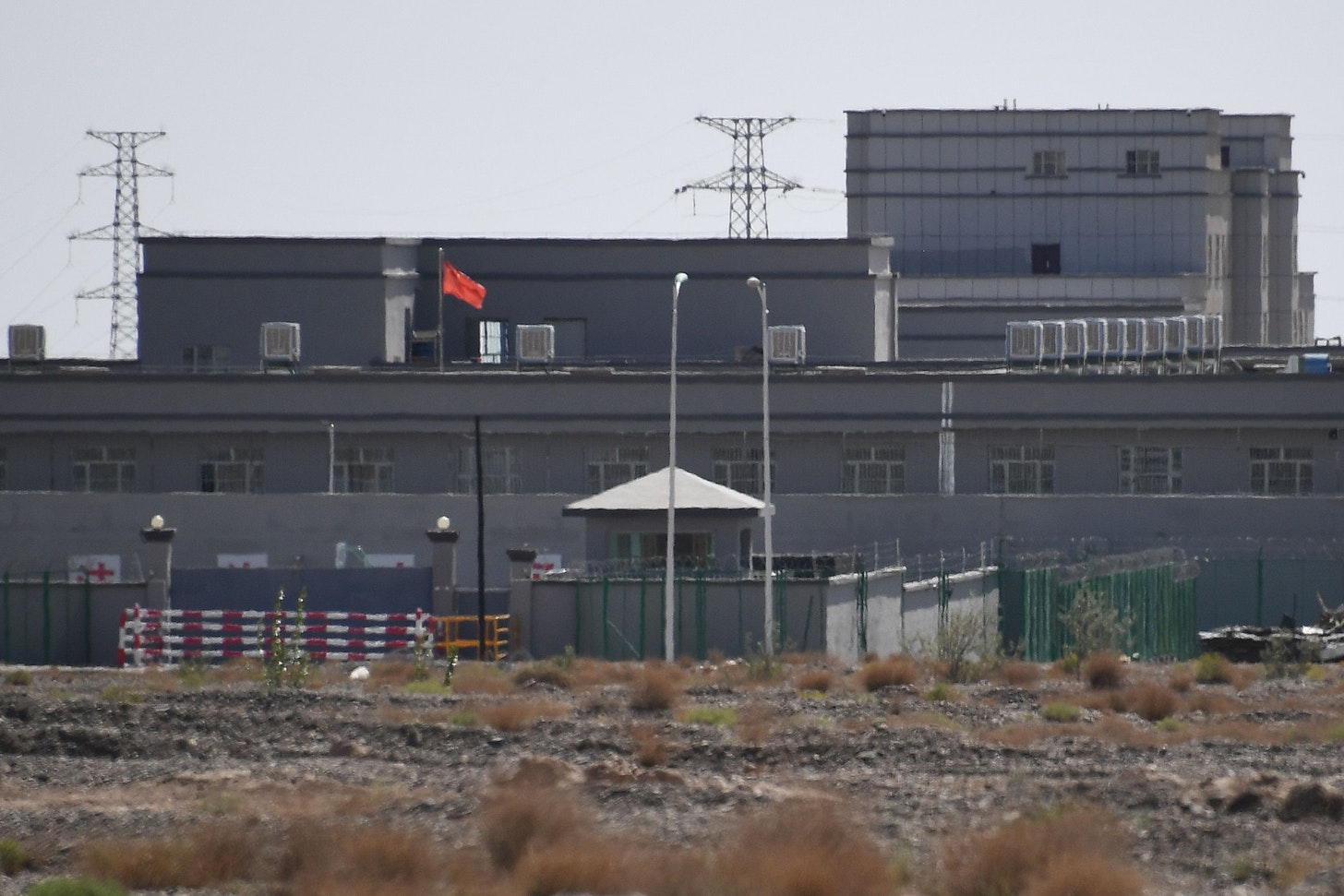 Islamic countries can’t afford to ignore the persecution of their fellow believers, but neither do they want to damage their relations with China.

The plight of the Uyghur Muslims in Xinjiang region, China, has gained an increasing amount of attention from the free world in recent months. Disney was castigated for thanking various Chinese government offices in the credits for Mulan, part of which was filmed in Xinjiang. Before leaving office, then-Secretary of State Mike Pompeo declared that China was committing genocide against the Uyghurs. And, amid the ongoing genocide, there are growing calls to boycott the Beijing 2022 Winter Olympics.

In sharp contrast, those in Muslim-majority nations are silent on the persecution of Uyghurs. This might seem odd, given that Muslims have responded vocally and sometimes violently to lesser slights against their fellow believers: Violent protests broke out when the Danish newspaper Jyllands-Posten published cartoons depicting Mohammed, for example. But citizens of those nations aren’t being hypocritical. They are just ignorant of what is going on: that more than 1 million Uyghurs have been forced into concentration camps, forced to engage in unpaid labor and subject to propaganda and “re-education.” Horrifying new reports detail systemic rape and abuse of Uyghur women.

Surfing through Farsi media, there are plenty of mentions of the Uyghurs and their conditions, but they all come from sources based outside of Iran whose recipients are overwhelmingly anti-regime and secular. Within the media operating inside Iran, whose audience is overwhelmingly regime supporters, the story is very different.

Many of the media outlets have no coverage of the Uyghurs. Those that have coverage either underplay the catastrophe or try to excuse it. Fars News is an all-but-officially state-run news agency, most closely associated with the Islamic Revolutionary Guard Corps. Mentions of the Uyghurs are limited, and even then, the language used is conservative, noting that “approximate a million Uyghurs are detained in China.” (That description undervalues both the number of prisoners and the severity of the situation.) In a separate article, Fars News quotes Donald Trump in describing the situation in Xinjiang as “genocide,” attempting to reject the notion by associating it with Trump, a villain among its consumers. A separate article cites Zhao Lijian, Chinese foreign ministry’s chief propagandist, claiming that Uyghurs enjoy a “happy and prosperous” life.

Tasnim News, another news medium with ties to the Guard, goes further. In one article, the outlet mentions economic growth in Xinjiang to counter accusations of persecution. Another article is a hit piece against the World Uyghur Congress as a tool of the U.S. government. Yet another article mentions collaborations between Uyghurs and the Islamic State in Afghanistan.

Other outlets like Islamic Students’ News Agency and Islamic Republic News Agency, two other mainstream publications, dedicate their coverage of Uyghurs to what the Americans and the Brits say of Uyghurs, portraying the persecutions as Western propaganda. Generally, Uyghurs are depicted as terrorists and separatists. The association of Uyghurs with separatism is an especially clever strategy, as Iran is itself a country where separatism carries negative connotations.

Only two outlets cite forced sterilization of Uyghur women, one with ties to reformists (and this story is an outlier as it avoids the topic or dedicates its coverage to U.S. policy on Uyghurs) and one citing a Chinese official in denying the sterilization story as a lie.

Most telling, however, is a speech by Massoud Shajareh, the Iranian head of the London-based and Iran-backed Islamic Human Rights Commission. During a speech he gave last year in Iran, Shajareh engaged in whataboutism about America’s concerns about Uyghurs but silence about the Yemen civil war that has created a human rights catastrophe, thanks to a U.S.-ally (Shajareh omitted Iran’s contribution to the catastrophe). First, Shajareh stuck to the regime talking points that the Uyghurs enjoy minority rights in China because they are exempted from the infamous “one child policy.” Then, Shajareh said,

We can become like the Americans and the Zionists, which means we start screaming… which is not useful except antagonizing China. The philosophy and mechanism that we want to use in helping the Uyghurs is very different than the ones we employ in helping Kashmir or the Palestinians because the Palestinians and the Kashmiris wouldn’t be oppressed if the West didn’t assist it.

It might have been a slip or purposeful, but Shajareh gave it away. Iran’s calls for Palestinian and Kashmiri rights are a convenience against the West. Because China is an emerging ally of the Islamic Republic, the regime remains silent.

Iran’s domestic media’s coverage of Uyghurs always stops short of endorsing that there is a genocide happening in Xinjiang. Usually the coverage is limited to associating the Uyghurs with the United States to turn the audience against their cause or repeating Chinese propaganda.

Iranians are divided into the Muslim hardliners who are ignorant of what is happening to the Uyghurs and the seculars who consume their news from foreign outlets but have no ideological inclination to care about the Uyghurs.

The situation is similar in Arab kingdoms in the region. Arabic-language newspapers cover the Uyghurs even less. Al-Yaum, a Saudi newspaper with high circulation rates, has never mentioned the Uyghurs in its pages. This is also true of Al-Fajr, another Saudi newspaper. Al Jazirah (not to be confused with Qatar Al Jazeera), a conservative Islamic paper, has mentioned the Uyghurs only thrice in four years. There is only one line that mentions torture and genocide, while two of them use Uyghurs to expose the Turkish president’s hypocrisy in claiming that he is the protector of the Turkic and Islamic people. The likely reaction of somebody who reads that line would be, “Who are Uyghurs?”

Emirati outlets, too, have censored mentions of Uyghurs. Al-Riyadh and Al-Bayan have a combined number of zero mentions of the Uyghurs. Al-Ittihad has had a few stories that have mentioned disputes between China and other countries over the Uyghur situation, but there has never been a detailed coverage of the camps. The latest story dates back to 2019, a Reuters wire article covering China’s protest against a U.S. Congress bill in support of the Uyghurs. The most damning article I could find came in Al-Khaleej from a year ago, condemning silence against evil, with several references to Chinese persecution of Uyghurs.

Governments control the flow of information in most of the Middle East. The coverage of Uyghurs is dictated by those governments, both the kind of coverage and its amount. These regimes base their legitimacies on Islam. Rallying the masses in condemnation of Danish and French cartoons solidified their legitimacies, but the liberal market system in the West meant that those condemnations wouldn’t cost them any investments by their parties.

China is a different case. Regimes that base their legitimacies on Islam cannot afford to stay silent in the face of organized persecution of Muslims, but they also cannot afford to antagonize China, a rising power important to their economies. Hence, they limit the coverage, downplay the severity of the persecution, and even justify it if they have to.

Uyghurs are a good case study to understand these governments better. They were founded by true believers upon Islamic legitimacy. The incumbent generation of their leaders, however, are performers who adhere to this legitimacy, but they don’t buy it themselves. It is they, the leaders, who are the hypocrites, not their followers. In engaging with them as a matter of U.S. foreign policy, it is important to remember that they rarely believe what they say.