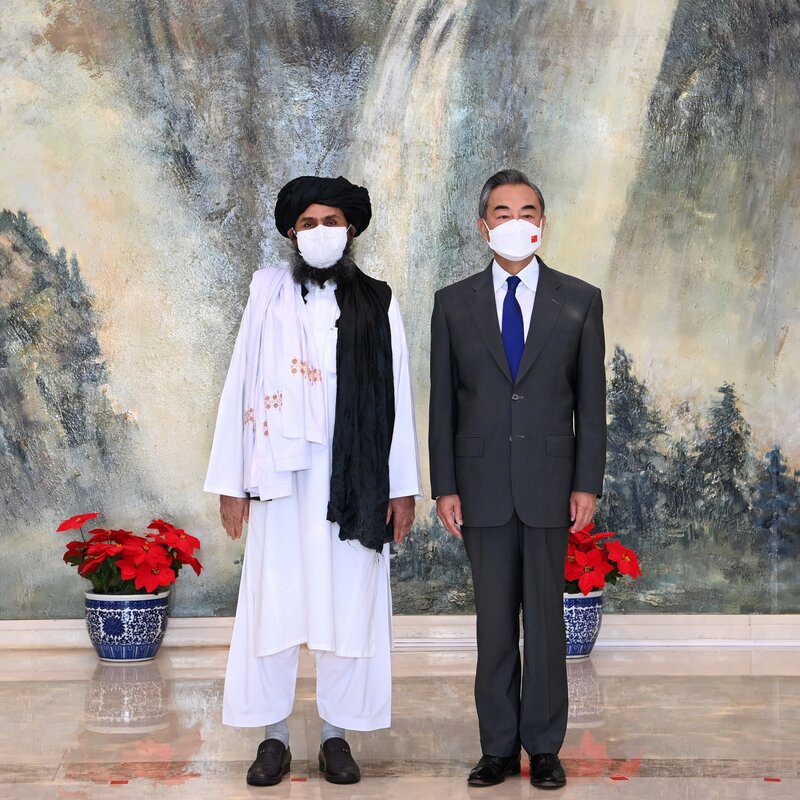 Islamic State’s affiliate in Afghanistan, ISIS-Khorasan, blasted the Taliban for maintaining its close links with China despite the “eradication of the Uyghur Muslims” in Xinjiang. In a propaganda magazine titled ‘Voice of Khurasan’, ISIS-K also shared a picture of members of the Taliban praying alongside the ISI chief while highlighting that numerous training camps and religious schools of the Taliban are based in Pakistan.

The terrorist organisation has objected to the numerous meetings and visits by the Taliban to China, Iran and Russia, calling them the “biggest enemies of Islam.”

“While the Taliban considers the eradication of the Uyghur Muslims as an internal matter of China, the mass murders committed by the Russian, Iran regime and its proxies…are also considered as something outside their jurisdiction,” it said.

“The issue of extreme nationalism and tribalism, which has nothing to do with the Islamic System is ever present within the group. Love and hate depend on the tribe rather than being a Muslim,” it said.

The Taliban regained control of Afghanistan in August last year and promised to form an inclusive government, as demanded by the international community, which has hardly been fulfilled. The Sunni Pashtun group expanded its cabinet in September to showcase its non-existent inclusivity as it gave some insignificant portfolios to members of ethnic minority communities such as Hazaras and Uzbeks.

“Even today large infighting is present within the group as strong hatred is present between Pashtuns, Uzbeks, Turkmen,” the ISIS-K noted in its magazine.

ISIS-K, a sworn enemy of the Taliban, claims to be the true flag-bearer of jihad and has rejected the deal between the Taliban and the US signed in Doha in February 2020. Notorious for some of the deadliest terror attacks in Afghanistan in recent times, the ISIS-K called on the ‘mujahideen’ to join the fight, saying the “fighting has just begun”.“The army of Allah is on the rise again, to rule the lands of Allah with his law, and by the will of Allah we are returning stronger than ever, harsher on the people of kufr. The words of our noble leaders would forever haunt you. The fighting has just begun,” it said.