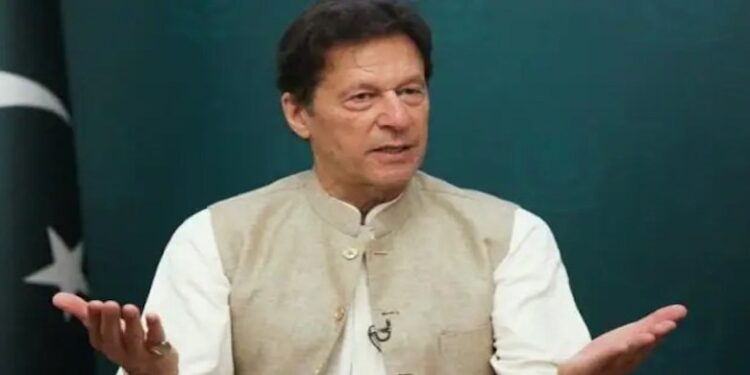 Prime Minister Imran Khan has recently announced the establishment of the Rehmatulil Alameen Authority, tasked with several functions. First, to convey the ‘true’ message and ‘face’ of Islam to the world, i.e. of a religion of compassion and peace. Second, to organise research (including on ‘Muslim heroes’) in universities.

Third, to monitor curriculum being taught at schools to ensure it is in line with Islamic teachings. Fourth, to be ‘vigilant’ of content being shared via the media so as to ensure the ‘real face’ of Islam is portrayed domestically as well.

In a country that is predominantly Muslim, the proposed establishment of this Authority seems to serve no real purpose, other than further empowering the clergy to intrude in matters of personal faith. The reality is that this predominantly Muslim population holds immense love and respect for the Holy Prophet (PBUH), and believes, as a fundamental article of their faith, that they should lead their lives in accordance with the teachings of Islam and the example of the Holy Prophet (PBUH). Unfortunately, the prime minister has repeatedly attempted to bring scholars into the very personal matter of faith – which is between God and His creation – for political purposes.

Even less of a purpose for the proposed Authority can be explained when one considers that the Council of Islamic Ideology (CII) already exists; the fact that the Single National Curriculum (SNC), with a special focus on religion, has just been introduced; and that the Pakistan Electronic Media Regulatory Authority (PEMRA) already monitors content.

However, as the prime minister had promised his version of Riyasat-e-Madina, this is very much part and parcel of that package. Let us call his version of General Zia ul Haq’s playbook, Islamisation 2.0.

When General Zia took over, he promised to ‘bring back Islamic values’. When and where along the way this majority Muslim country lost its ‘Islamic values’ was never explained but the ‘Islamisation’ program, which attempted to erase women from public spaces, crush dissent (including from students) and weaponise the blasphemy laws, was launched. The real purpose of Zia’s ‘Islamisation’ program was of course consolidating power and increasing control over the citizenry but he cloaked the same under the banner of religion.

Interestingly, when Imran Khan speaks of the rise in ‘obscenity’, one is reminded of the writings of feminist activists/academics in the 1990s, who highlighted the ‘anti-obscenity campaign’ that was launched under Zia “linking women to moral decline in society” (Farida Shaheed & Khawar Mumtaz). As one recalls the image of the PM seated next to an emotionally charged Maulana Tariq Jameel, in April last year, as the latter attributed blame for the COVID-19 pandemic to women’s ‘immodesty’, the parallels between Zia’s ‘Islamisation’ and the current prime minister’s ‘Islamisation’ 2.0 are indeed a cause for grave concern.

Apart from the gender aspect though, if the prime minister’s vision is to end disparity and the ‘elite’ are opposing the SNC, why are private schools conforming to the curriculum while madrassas are being given five to six years to conform to the same?

Prior to this grand announcement for the youth of this country, the PM had launched the SNC – another gift to the youth of the nation – in August this year. During the launch, he emphasised how it was important for there to be a single curriculum across the country to bring an end to disparity. With respect to gender disparity, the depiction of women and girls in SNC textbooks has been debated at length so suffice it to say at this juncture that the prime minister’s own personal (and deeply flawed) understandings of ‘appropriate’ attire and ‘appropriate’ gender roles – as expressed in multiple interviews — have clearly seeped into the curriculum.

Apart from the gender aspect though, if the prime minister’s vision is to end disparity and the ‘elite’ are opposing the SNC, why are private schools conforming to the curriculum while madrassas are being given five to six years to conform to the same?

While launching the curriculum, the prime minister emphasised how the SNC focuses on the teachings of the Holy Prophet (PBUH). Considering how hatred is being taught in the name of religion in madrasahs, and the prevalence of child sexual abuse therein, it is baffling why madrasahs were not prioritised by the government during the SNC roll-out. Between 2019 and 2020, there was a 4 per cent increase in child abuse cases. One of the cases which was covered by the media included the prolonged sexual abuse of a minor, over the course of a year, in a madrasah by Mufti Aziz ur Rehman, a former leader of the JUI-F.

Instead of understanding how religion has been misused and exploited by clerics and right-wing fanatics, the prime minister wishes to continue emboldening them, giving them more legitimacy and authority to further indoctrinate our children, now through this proposed Authority because the SNC alone is not enough.

The prime minister is to personally oversee functioning of the proposed Authority. What expertise he has to do this is still unclear but it is quite apparent that the PM firmly believes that of all the devout Muslims across the country, he and a handful of scholars have a right to intrude into the very personal domain of faith and spirituality. Unfortunately, every time a man at the top believes he is bringing in ‘Islamic values’, the first victims of the brutal repression that follows are inevitably women.

The lack of understanding of women’s issues on the part of the PM has far-reaching repercussions vis-à-vis society’s treatment of, and expectations from, young girls and women. He has already expressed his views on how feminism is destructive to our values and what a ‘good mother’ is expected to be. Now, actually taking on the role of a parent, his proposed Authority will monitor and guide personal faith.

To deflect from his inability to understand deep-seated issues of intolerance and bigotry, he has, even before he was the prime minister, relied on ‘religion’ to justify a culture of violence and discrimination against women. The PTI coalition government in Khyber Pakhtunkhwa placated the Council of Islamic Ideology, as the latter termed the domestic violence bill ‘un-Islamic’. After a lapse of over four years since the bill was tabled, the much-diluted instrument was only recently passed.

In a similar fashion, in September this year, after his party attempted to refer the federal domestic violence bill to the CII, the prime minister issued guarantees to the clergy that no law repugnant to ‘Islamic teachings’ would be enacted during his tenure. Does the prime minister genuinely believe beating, controlling and exploiting women is part of our culture and religion? While he claims he wishes to portray a ‘positive’ image of Islam, by endorsing the right wing’s narrative, he continuously does the exact opposite.

The prime minister is to personally oversee functioning of the proposed Authority. What expertise he has to do this is still unclear but it is quite apparent that the PM firmly believes that of all the devout Muslims across the country, he and a handful of scholars have a right to intrude into the very personal domain of faith and spirituality.

If this was just his personal belief and did not have massive ramifications for each and every one of us, it may be easier to ignore. However, instead of appreciating the responsibility that rests on his shoulders, it would appear the prime minister is more interested in deluding the population, misusing religion, rather than addressing the root causes of violence and intolerance. The religious clergy he wishes to empower is, in large part, responsible for perpetuating the hatred and bigotry that has engulfed our society.

When all of us are ‘better’ Muslims – as per the prime minister and his proposed Authority’s standard – the critical question will still remain, as it does today, and as it did after Zia’s ‘Islamisation’: will your own personal understandings of faith feed the starving population, send their children to school or ensure women are not dug up from their graves and raped? Judging by our own history, highly unlikely, because delving into matters of the population’s personal faith – a fundamental human right – does little to resolve the deep-seated structural inequalities (in power, class, gender, etc.) and persistent impunity for the violence that plagues this society. Dangerously and foolishly ceding further space to the religious right in Pakistan has already proven to cause immeasurable damage. One final parting question then is: does the prime minister really wish to ensure the damage is irreversible after his tenure?