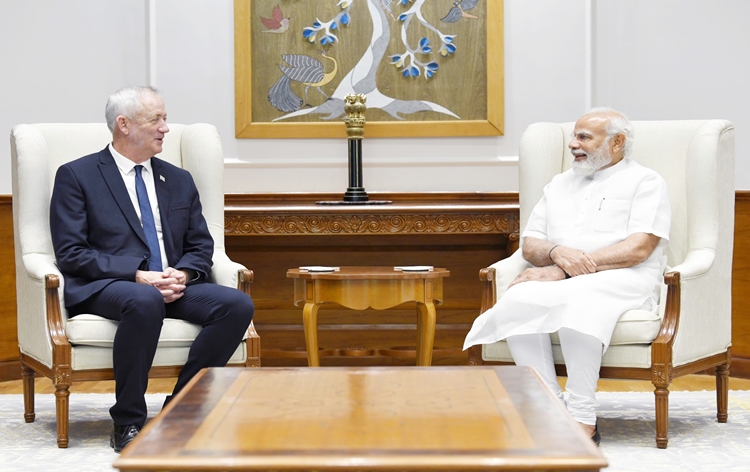 The leaders reviewed the rapid growth in defence cooperation between India and Israel over the past few years. Mr Modi encouraged Israeli defence companies to benefit from opportunities of co-development and co-production in India.

Later Mr Modi Tweeted, that he was pleased about the meeting with Deputy PM and Defence Minister of Israel Benjamin Gantz. He said, as the country marks 30 years of full diplomatic relations with Israel, our defence cooperation is expanding and diversifying to include joint research, development and production.

Mr Gantz in a tweet said, as India and Israel mark 30 years of excellent ties, the meeting gave the opportunity to review the full range of India-Israel relations and reiterate the commitment to expand cooperation for the security & prosperity of both nations.