It’s saffron harvest season in Kashmir, a time for intense work and a few grievances 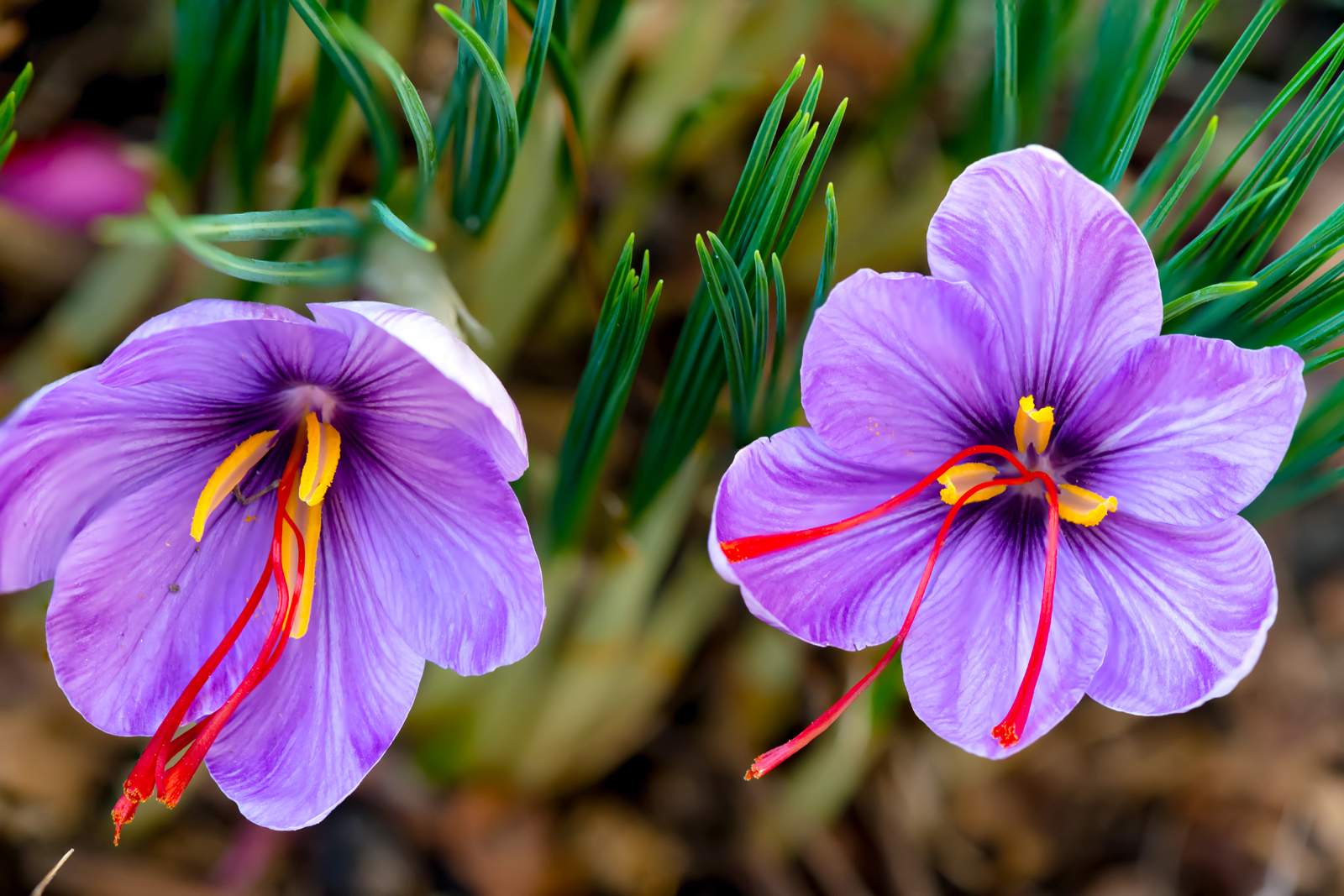 On the Jammu-Srinagar National Highway near Pampore, purple swathes of centuries-old saffron fields scatter their fragrance on everyone and everything around.

It is late autumn in Kashmir, and villagers around Pampore – also known as the saffron town of Kashmir – are picking the delicate flowers to fill their wicker baskets.

Kashmir’s saffron (Crocus Sativus Kashmirianus), known for its flavour and colour, is harvested just once a year from late October till mid November. Saffron has many uses in industries such as food, pharmaceuticals, cosmetics and perfumery as well as in the textile dyes.Pampore has a table-land (Wuder) in and around which the saffron is grown. During harvest season, men, women as well as children perform the tasks of plucking the saffron flowers, hand-picking and placing the crop on white cloth, and drying the stigma and stamen.

Kashmir is considered to be one of the top three regions in the world for cultivating saffron. Historians say saffron or Zafran (as it known in Arabic) has been cultivated in Kashmir since at least 500 BC.

Saffron harvest season in the Valley is usually like a festival. But over the past two decades, the zeal of growers has sharply reduced due to dwindling production of saffron.

According to saffron growers and agricultural experts, climate change, poor irrigation, failure of the National Saffron Mission, political instability, pollution caused by adjoining cement factories, traditional farming practices, urbanisation and imports of the cheaper Iranian varieties of saffron pose a threat to the future of the cash crop.

Since 2000, saffron production in J&K has been falling continuously, and if the trend continues, growers in the four districts—Pulwama, Budgam, Srinagar and Kishtwar—where most of the saffron is planted, could lose a crucial source of livelihood.

In Pampore, more than 16,000 families are directly dependent on saffron for their livelihood. Census 2011 showed that approximately 11,000 women in the Kashmir Valley are associated with the saffron farming sector.

Abid Nabi, 30, grows saffron on 16 kanals (2 acres) in Lethpora town, some 24 km from Srinagar. He also sells Kashmiri saffron globally online. Nabi says: “In 1990, on our 16 kanals of saffron land, the yield was 15 kg, and currently we are able to produce only 4 kg.”

Official figures reveal that saffron crop was being cultivated on 5707 hectares of land at Pampore in 1996, which had shrunk to around 3500 hectares by 2017.

Sitting inside his saffron showroom, Kesar Valley Emporium, Nabi adds, “Low yield of saffron is no doubt a major challenge, but frequent internet shutdowns and political instability in the region have (also) hit my business. For instance in August 2019 when government scrapped Article 370, special status of J&K and the whole region suffered communication blackout, I could not receive or deliver orders.”