Jammu and Kashmir Delimitation Commission renames 28 seats, deletes 19. What will be the impact? 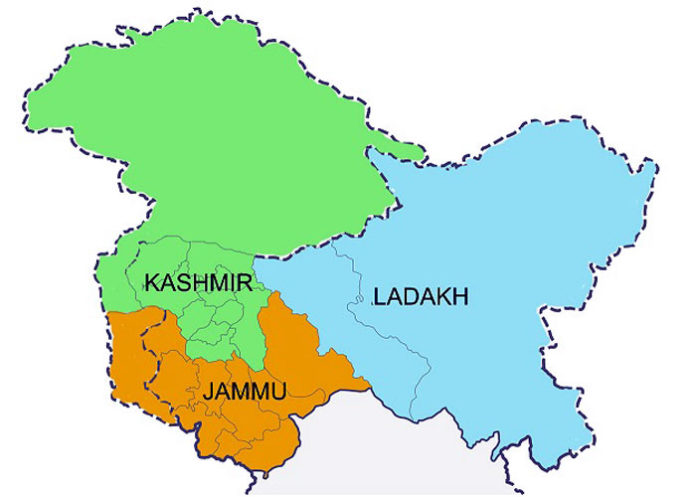 The J&K Delimitation Commission has reconfigured and renamed 28 new Assembly constituencies, deleted 19 Assembly segments, and has proposed to redraw all the five Lok Sabha seats. In the process, it has redrawn the electoral map of the bifurcated Union Territory.

When the special status of Jammu and Kashmir was abrogated on August 5, 2019, the state was reconstituted into two union territories, Jammu and Kashmir as one UT, and Ladakh as the other. The reorganisation took effect from October 31, 2019, and on March 6, 2020, the Centre set up the Delimitation Commission which was tasked with winding up delimitation in J&K in a year. However, this was extended due to the Covid-19 pandemic. The submission of the interim report indicates the winding up of the delimitation exercise and paves way for the likely announcement of elections in the UT.

The report has been slammed by the J&K parties, who have termed it “disempowering”. Former J&K Chief Minister, People’s Democratic Party (PDP) chief and member of People’s Alliance for Gupkar Declaration (PAGP) Mehbooba Mufti has lashed out at the BJP-led Central government, saying that the report was a part of the larger onslaught on democracy in J&K. Speaking to the media on Monday, she said, “They [BJP] are empowering themselves while disempowering everyone else.” She went on to add that the PAGP will convene a meeting and discuss this on February 23.

The Jammu division currently has 37 Assembly seats and Kashmir 46 seats. As per the report, Jammu province will get six additional seats taking the number of constituencies to 43 and Kashmir will get one more seat taking the seat strength to 47, bringing the two regions almost at par with each other. As per the 2011 Census, the Kashmir region has a total population of 68.88 lakh and the Jammu region has a total population of 53.79 lakh.

The additional seat of Kupwara has been added to the Kashmir division, while the Jammu division will have one additional seat each in Kathua, Samba, Doda, Rajouri, Udhampur and Kishtwar districts. The smallest constituency has been identified Shri Mata Vaishno Devi in the Jammu region with just 73,648 votes. Of the seven, three Assembly seats are from the Muslim-majority Chenab Valley and Pir Panjal valleys, while four are in the Hindu-dominated Jammu-Samba-Kathua belt. The Commission has also proposed to reserve seven seats for Scheduled Castes (SCs) Hindus in the Samba-Kathua-Jammu-Udhampur belt and nine seats for Schedule Tribes (STs) for Gujjar and Bakerwals inhabiting the Rajouri-Poonch belt in the Jammu province — primarily, the non-Kashmiri speaking Muslims. As per the Census, in Jammu, Kathua and Samba are dominated by the Hindu population of 87.6 per cent and 86.33 per cent respectively. Rajouri predominantly has a Muslim population of 62.71 per cent and a Hindu population of 34.54 per cent.

One Lok Sabha seat has been recommended by merging three geographically disjointed districts — Kulgam, Anantnag, Shopian — of south Kashmir in the Valley and two districts in the Jammu province’s Pir Panjal valley — Rajouri and Poonch. This seat will be named ‘Anantnag-Rajouri’ seat and will comprise a significant population of non-Kashmiri speaking ST Assembly segments, with six of the nine Assembly segments reserved for the STs.

The seats reserved for STs in Jammu are Darhal and Thannamandi in the Rajouri district, Surankote, Mendhar and Poonch Haveli in the Poonch district, and Mahore in the Reasi district in Jammu province’s Pir Panjal Valley. From Kashmir province, Larnoo in Anantnag, Kangan in Ganderbal, and Gurez have been reserved for STs.