Jammu and Kashmir: Forging ahead to a vibrant and prosperous future 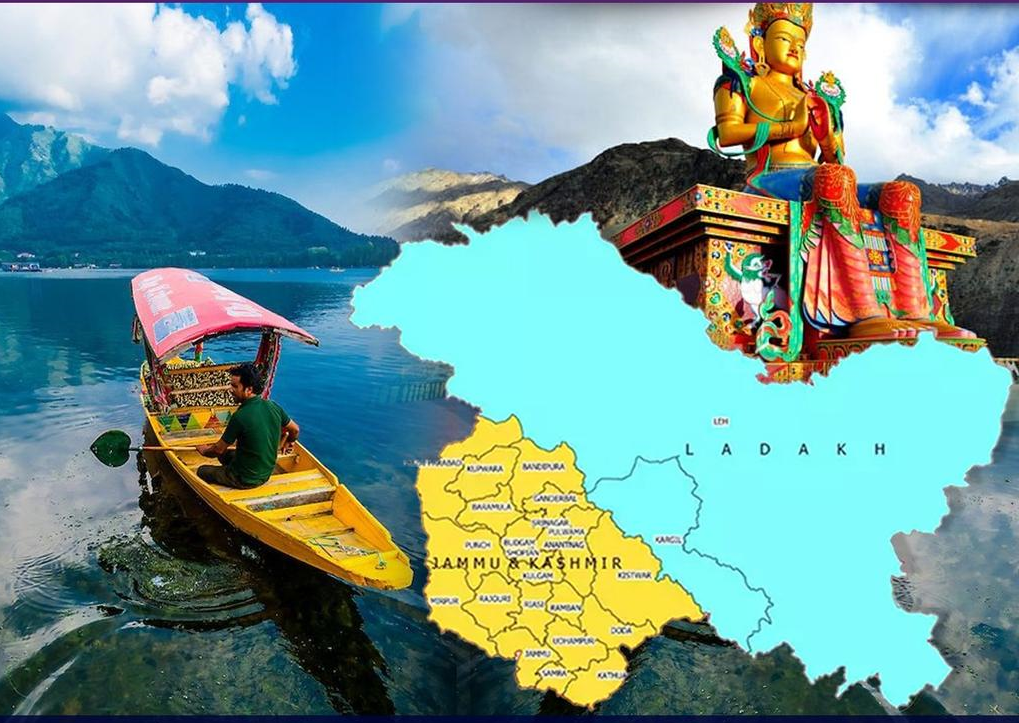 We as a nation, as a family, have taken a historic decision. A system due to which brothers and sisters of Jammu, Kashmir and Ladakh were deprived of many rights and which was a big obstacle to their development, that system has been done away with,” said Prime Minister Narendra Modi in his address to the Nation on August, 8, post reorganisation of the state of Jammu and Kashmir into two Union Territories and abrogation of the repressive Article 370 of the Constitution of India.

Much water has flown in the River Jhelum since the historic decision was taken on 5 August, 2019. There is a case to carry out an appraisal of the situation to see what happened and what did not happen as predicted; what has been gained and what needs to be worked upon.

First and foremost is the security situation. The so-called leadership of Kashmir, both mainstream and separatist, had always spoken of dire security consequences if any attempt was made to remove the “special status” of the state. “We want to tell the central government that tinkering with Article 370 will be akin to setting a powder keg on fire,” said Peoples Democratic Party (PDP) president, Mehboob Mufti in end July, 2019, a few days before the constitutional provision for the change was passed. Comments on similar lines were made by other local Muslim leaders and others in India who have, for long, maintained an interest in keeping Kashmir perpetually on the boil. A lot of effort was made to psychologically maneuver the people of Kashmir towards Hartals (strikes) Bandhs (lockouts) and stone pelting . None of this happened and all predictions in this regard turned out to be wrong.

The Eid celebration held within a few days of the decision being notified went off in a peaceful manner. The security forces, while keeping an Eagle’s eye, were very cooperative and courteous. Soon after Eid, Government offices and primary schools were opened, attendance was low initially but it picked up with time. Landline facility was also extended even as the internet stayed restricted for a long time.

It became quite apparent that people had been exhausted by the never ending violence, turmoil and political disruption in the region and were now interested in peace more than anything else. They looked upon the change with a fair degree of relief and anticipation of some positive changes taking place. Even though the leaders of so-called mainstream parties like National Conference and PDP were detained, there were no voices raised for their quick release. Even after being released they have been unable to impact the situation in any gainful manner. This extraordinary  situation exposed the hollowness of the Kashmiri leadership claims about the “Special status” of the state being sacrosanct. They had, for decades on end, misled the people and the Nation.

The “ideology of separatism” that has always been the handiwork of a few local political players in their attempt to gain power through dirty politics crumbled in no time. Thus, the so-called “stakeholders” became politically irrelevant. On coming under pressure of scrutiny for corruption, they threw  ideology to the winds and have got into self preservation mode. Those screaming against India the loudest suddenly became most accommodative.

The biggest impact of the decision was not in India, but in neighboring Pakistan. Caught completely by surprise the country took some time to get its act together and then launched an offensive. A rambling speech in the National Assembly by an obviously disconcerted Prime Minister Imran Khan became a cause of controversy due to his threat that the move would cause “more Pulwama like incidents” which was seen as  an admission of supporting terrorist activity in Kashmir.

Next came a drama in the United Nations Security Council (UNSC) carried out with the assistance of China. Imran Khan in many forums parroted predictions of  massive uprising the moment restrictions were lifted. This too did not happen. Totally embarrassed by the inept handling by Imran Khan, the Pakistan Army took the matter in its own hands and  has since been attempting to save faces by increasing the threshold of violence in the Valley. A bid to increase local recruitment in the terrorist fold supported by massive ceasefire violations and infiltration bids has come to naught. Pakistan has now run out of both political and military options and is forced to remain content in its role as an irritant.

The international community was quick to term the constitutional amendment as an “internal issue” and remain neutral. Even US President, Donald Trump, realised that he had created a problem by offering to “mediate on the Kashmir issue” and  immediately extricated himself.

On October, 31, the state of Jammu and Kashmir emerged with a new Avatar of two Union Territories. The Union Territory of Jammu and Kashmir now comprises of 22 Districts including areas of Muzaffarabad and Mirpur. The Union Territory of Ladakh comprises of two Districts of Kargil and Leh and includes the Pakistan Occupied territories of Gilgit-Baltistan. With this change coming by, a historic wrong that was sticking out as an aberration to the core principles of democracy and freedom enshrined in our Constitution, was set right.

Girish Chander Murmu, was placed as the first Lieutenant Governor of the Union Territory (UT) of Jammu and Kashmir.  In a politically surcharged atmosphere, his main focus has remained on

providing a corruption free and efficiently run administration. The effort to boost development got a considerable boost with the first budget of the UT for the financial year 2020-21, wherein, all  supplementary demands for grants were cleared and the budgetary allocation crossed the threshold of Rs 1 Lakh Crore for the first time. With structures in place the core issues are being addressed in a sustained and meaningful manner.

Grassroots empowerment is being boosted with massive grants to Panchayats. One quoted figure stands at a grant of Rs. 366 crore to 4483 Panchayats; the government is also digitally connecting all Panchayats. An objective was set to create 50,000 jobs for the youth for which security forces came forward with enhanced recruitment projects.  Projects under the Prime Minister’s Awas Yojna (PMAY), Kissan Credit Card (KCC), Ayushman Bharat and scores of others are moving at a very fast pace. 10 percent of the annual budget in all departments is reserved for Tribal welfare schemes. Women in the state are quite happy at the prospect of being  granted the right to their property even if they are married and settled outside the state which was forbidden under the earlier dispensation. Such sections of society like the Valmiki Samaj, West Pakistan refugees etc who had no rights in the state have already started getting their domicile certificates.

37 central laws including Prevention of Corruption Act, The Goods and Services Tax Act, The Insolvency and Bankruptcy Code have been made applicable in the Union Territory. These will ensure ease of doing business and help address the endemic corruption prevalent due to lack of accountability.  Also empowered are establishments of the Anti-Corruption Bureau, Central Vigilance Commissioner, Central Information Commissioner and Central Administrative Tribunal (CAT) among others.

The youth are quite relieved. Earlier they were being held at ransom by the foreign terrorist elements and were constantly under fear of retribution, if seen as non-participative in the local Azadi (freedom) movement and were receiving no support from the local leadership. Now there is a decrease in recruitment of youth in the cult of terrorism. Pakistan, however, is still successful in indoctrinating a few through its Over Ground Workers (OGWs) with the lure of money and propagation of a false religious ideology. Concerted efforts to check this malaise are underway.

The security forces did not let down pressure on terrorist elements at any stage during the transition period. In fact due to enhanced intelligence coming in, incisive counter-terrorism operation are being conducted. Within the current year itself more than 140 terrorists have been killed which includes the entire established leadership of all operative terrorist Tanzeems (Group). This has caused a body blow to the Tanzeems that are now gasping for breath.  A considered view is that very soon the Kashmir valley will be totally free of the menace of terrorism. The security forces, however, have to remain ever vigilant against machinations of Pakistan since the country is determined to revive terrorism and disruption at least in Kashmir if not the rest of the state. In recent times it has resorted to engineering of political killings of BJP leaders. It is a challenge that will need to be considered with seriousness.

It is also obvious that the people are quite happy at the prospect of ridding themselves of the local leadership that has been, for decades now, restricted to a few families of the Kashmir region.  The space now is open for new leaders. They will need to be honest, accountable and responsible if they wish to survive. The people are unlikely to repeat the mistakes of the past.

Despite diverse geographical regions and demographics, Jammu and Kashmir has forever remained rooted in a spirit of brotherhood, mutual trust and democracy. The people kept their faith in democratic tenets even in the worst of times. They have, forever, maintained that problems cannot be resolved by the gun.  It is these qualities which will now help in building a new era that will see the region and its people achieving their lost glory and once again getting to the forefront as a highly cultured and prosperous civilisation.