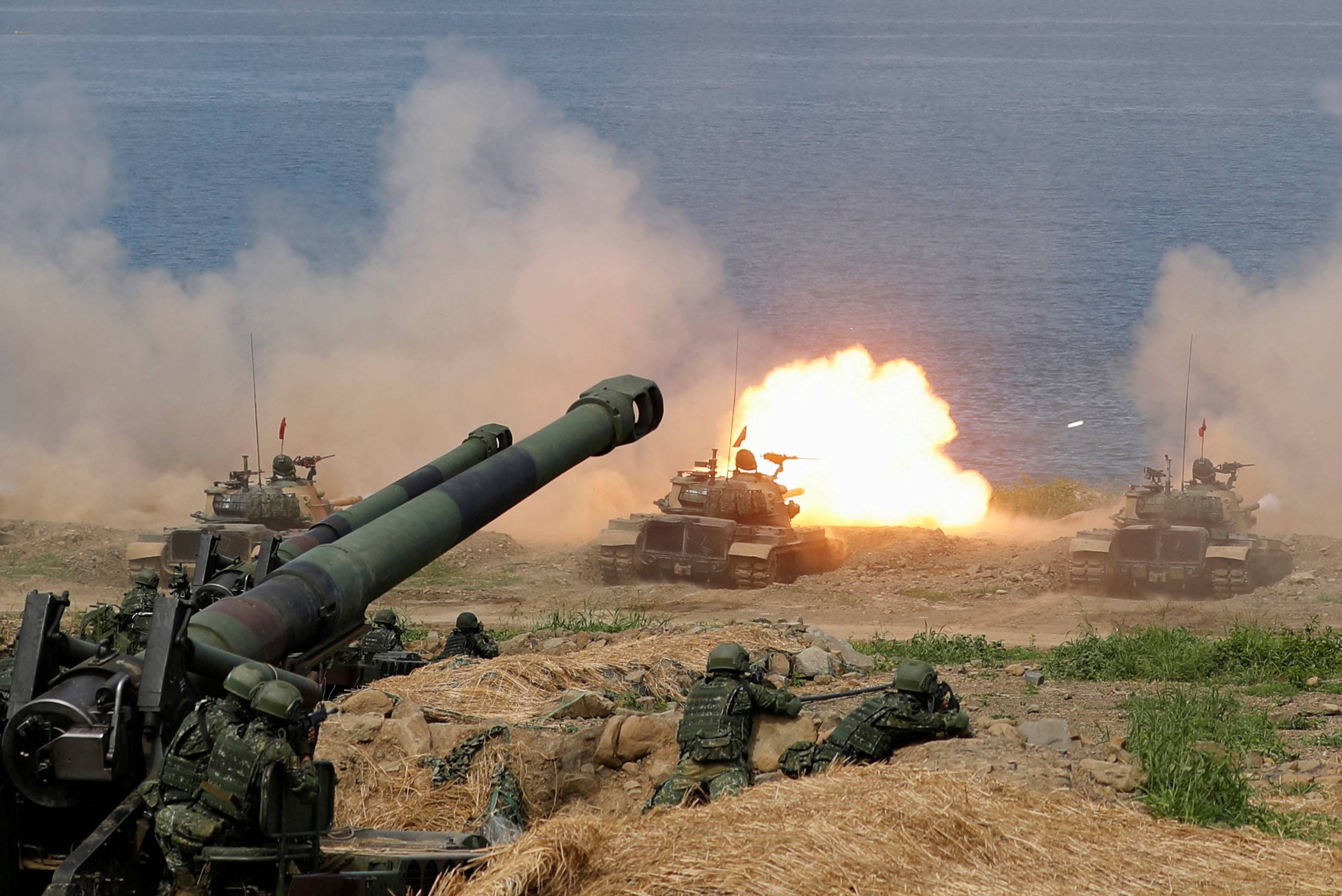 The Self-Defense Forces and the U.S. military have drawn up a draft joint operation plan that would enable the setup of an attack base along the southwest Nansei island chain in the event of a Taiwan contingency, according to Japanese government sources.

Japan and the United States will likely agree to begin work to formalize an operation plan when their foreign and defense chiefs meet in early January under the “two-plus-two” framework, the sources said Thursday.

The development will likely draw a backlash from China, which regards the self-ruled island of Taiwan as a renegade province to be reunified with the mainland, by force if necessary.

Under the draft plan, U.S. Marines will set up a temporary attack base at the initial stage of contingency on the Nansei Islands, a chain stretching southwest from the prefectures of Kagoshima and Okinawa toward Taiwan. Okinawa hosts the bulk of U.S. military installations in Japan.

The U.S. military will get support from the SDF to send troops to the islands if a Taiwan contingency appears imminent, the sources said.

Such a deployment, however, would make the islands the target of attack by China’s military, putting the lives of residents there at risk. Legal changes would be needed in Japan to realize the plan, the sources said.

The SDF and the U.S. forces have around 40 candidate sites along the Nansei chain, which consists of around 200 islands, including uninhabited ones.

Most of the locations have residents and islands where the SDF has deployed or plans to deploy missile units — Amami-Oshima, Miyako and Ishigaki near the Senkaku Islands controlled by Japan but claimed by China — are among the candidates, the sources said.

As longtime security allies, Japan and the United States have been strengthening defense cooperation and boosting the interoperability of the SDF and the U.S. military. They face threats from China’s military buildup and assertive moves at sea as well as North Korea’s nuclear and missile development.

The U.S. Marine Corps have expeditionary advanced base operation manuals to dispatch Marines in small formations to necessary locations, apparently in view of China’s assertive moves.

The Japanese government sources said the U.S. Indo-Pacific Command had proposed to the SDF to create a joint operation plan.

The condition under which the U.S. military will set up a temporary base is when the Japanese government judges that conflict between the Chinese and Taiwanese militaries will undermine the peace and security of Japan, if left as is, the sources said.

In such a scenario, the U.S. military will deploy its high mobility artillery rocket system to a temporary base location while the SDF will be tasked with logistical support by providing ammunition and fuel. To prevent coming under attack, U.S. Marines will change base locations, the sources added.

The United States has been hardening its stance on China as they compete for economic, technological and military superiority. Japan, for its part, has seen its relations with China frayed over history and the Senkakus, a group of uninhabited islands in the East China Sea.

Underscoring heightened vigilance, Japan and the United States stressed in a joint statement the importance of “peace and stability across the Taiwan Strait” when their leaders met in April. It was the first time in half a century for the two nations’ leaders to mention Taiwan in a statement.

The United States would come to the aid of Taiwan should China turn to the use of force.

During a Taiwan think tank event in early December, former Prime Minister Shinzo Abe said any Taiwan contingency would also be an emergency for Japan and for the Japan-U.S. security alliance.