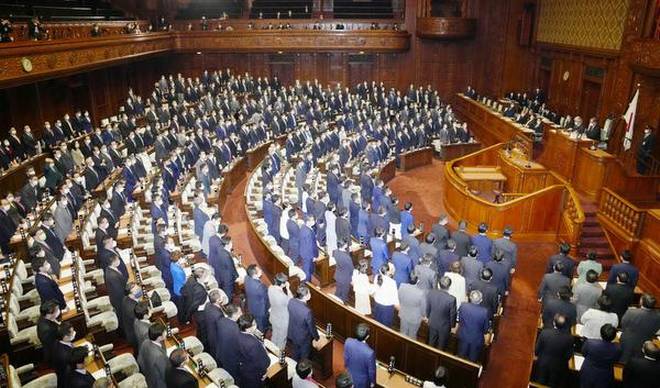 Japan’s parliament on Tuesday passed a rare resolution expressing concern about rights issues in China, including the treatment of its Uighur Muslim population and the city of Hong Kong, days before the Beijing Olympics open.

The wording of the resolution proposed by a bipartisan group was reportedly watered down after lengthy discussions, avoiding directly accusing Beijing of rights abuses.

But it comes at a time of increased focus on China’s rights record as the country prepares to host the Beijing Winter Olympics this month.

Tokyo has sought to walk a careful line in its approach to China, balancing the pressure put on Beijing by close ally Washington. The United States and China are Japan’s biggest trading partners.

A majority vote in the lower house approved the resolution, which expresses “serious concerns over the human rights situations” in China’s Xinjiang region, Tibet, Hong Kong and Inner Mongolia.https://imasdk.googleapis.com/js/core/bridge3.496.0_en.html#goog_56980500

The resolution also calls on Japan’s government to engage constructively on rights issues in China.

In response, Beijing slammed the resolution as a “serious political provocation”.