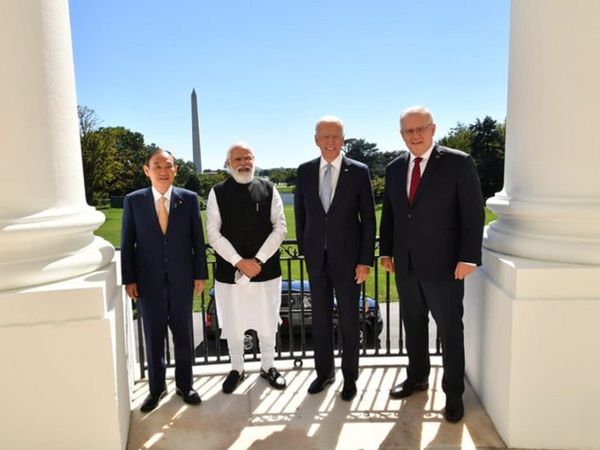 A video meeting between US President Joe Biden and his Japanese counterpart Fumio Kishida suggests that the next Quad summit may take place in the first half of 2022. Both Prime Minister Narendra Modi and the POTUS are therefore expected to travel to Japan in late spring this year.

“Prime Minister Kishida had expressed his intention to host the Japan-Australia-India-US Summit Meeting in Japan in the first half of this year by inviting President Biden to Japan,” read a statement released by the Japanese foreign ministry after the interaction. According to the White House, Biden had welcomed the invitation and was likely to travel to Japan for an official visit and the summit in the months to come.

It must be noted however that Australia is slated to hold parliamentary elections before the end of May this year. While the dates have not yet been officially announced, reports have also suggested that the Quad meeting might take place after the polls.

First formed in 2017 with an aim to counter China’s aggressive behaviour in the strategically-vital Indo-Pacific region, the ‘Quadrilateral Security Dialogue’ or Quad is an informal coalition comprising the US, Australia, Japan and India. Despite the ongoing COVID-19 pandemic, leaders of the Quad had come together for their first in-person last year.

In September 2021, President Biden had hosted Modi as well as Prime Minister Scott Morrison of Australia, and Prime Minister Yoshihide Suga of Japan at the White House for the first-ever in-person Leaders’ Summit of the Quad. The leaders had discussed the ongoing COVID-19 pandemic, economic recovery, infrastructure projects, climate change, cooperation in space and cyberspace, and student exchanges.

The 2022 summit comes against the backdrop of growing tensions between the US and China, the threat of Russian invasion looming over Ukraine, Yemen rebels attacking UAE and more. Closer to home the border rift between India and China continues, with the neighbouring country recently ‘renaming’ several sites in Arunachal Pradesh. Earlier this month, the Ministry of External Affairs had said that China was constructing a bridge in the border area of Pangong Tso. “This bridge is being constructed in areas that have been under illegal occupation by China for around 60 years,” the MEA spokesperson had said.

Alongside, the Quad is also likely to review the progress made on an earlier pledge to supply a billion COVID-19 vaccine doses to Southeast Asia by the end of 2022. During the previous meeting, the four world leaders had also announced their intention to conduct a joint pandemic-preparedness tabletop or exercise in 2022.