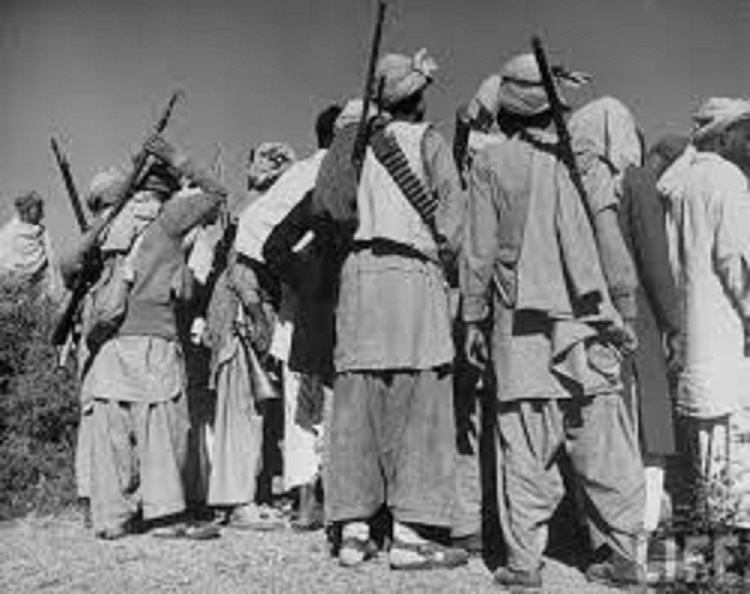 22 October should be remembered as the day of genocide when unaccounted number of Hindus, Sikhs and Christians were massacred by Pakistan sponsored non-state actors. Pakistan, made its nefarious designs on Jammu & Kashmir (J&K) clear when within 12 days of agreeing to the standstill agreement, on 24 August 1947 it threatened Maharaja Hari Singh by writing to him that “The time has come for Maharaja of Kashmir that he must take his choice and choose Pakistan. Should Kashmir fail to join Pakistan, the gravest possible trouble will inevitably ensue”.[1] Having sensed the intention of the Maharaja not to join either of the country, Pakistan conceived a military plan to attack Jammu and Kashmir code named “Gulmarg”.[2] The British Commander in Chief of Pakistan Army did not approve Pakistan’s plan to use army and as a result Prime Minister of Pakistan approved two plans for quick takeover of J&K in a swift move. First was to raise a force consisting of 20000 tribesmen from Pakhtunkhwa and second was to arm the Ponch rebellions. Idea was to capture Srinagar and Jammu and later send Army to take over captured territory. The genocide was focused to expel more than a million Hindus and Sikhs from Kashmir, Poonch and Pakistan occupied J&K through reign of terror. The strategy of ethnic cleaning of Hindus and Sikh in Mirpur, Muzaffarabad and Baramulla was “leave none to tell the tale of terror”. In fact it was a calibrated strategy to occupy J&K by military force. Pakistan realised that Maharaja’s Army was too small to defend the entire state from Gilgit-Baltistan to Mirpur. One of the survivor of Mirpur carnage had said that “When I came out, streets were empty houses of Hindus were smouldering, there were no birds and no dogs in the street, there was sunshine and the stench of death.” There were approximately 20% Hindus and Sikhs in Mirpur and Muzaffarabad towns that were either killed or driven out.

Pakistan recreated Hindu Kush by eliminating thousands of Hindus, their woman and young girls taken as slave. This was perhaps first time in modern recorded history that state sponsored terrorism against the citizens of another country was orchestrated by mobilising tribal men organised into Lashkars (Groups of 500 to 1000 armed men). The strategy adopted by these Lashkars  was “Scorched Earth Policy”. In other words loot and carry everything including woman and girls and destroy whatever they could not carry with them. The plan was to capture Kashmir valley, Poonch, isolate Jammu and hold captured areas till Pakistan Army comes to take over at a later stage.

Mirpur and Muzaffarabad were attacked just two days prior to Dushehra when people were in festive mood. It is reported that approximately 18000 people were slaughtered in most barbaric way in the history of mankind by Pak army and tribal invaders. After so called success of the mission and no resistance faced at Mirpur, and Muzaffarabad, Pakistan Army directed Lashkars to move towards Srinagar. Baramulla was attacked on 24 October on Dushera day. There were people, in their enthusiasm, who went to welcome these invaders.[3] There were also those who acted as guides to lead them to various parts of the valley when they descended on the Valley.

Baramulla too saw similar fate when town was ravaged and taken over by reign of terror. Unlike Mirpur and Muzaffarabad where large number of Hindus and Sikhs had escaped to Jammu and Poonch, but Hindus and Sikhs from Baramulla had no place to escape except run into nearby villages and the forests in cold October month leaving their houses open to the invaders to loot. It is said that hundreds of people had hid in the forests and stone caves to save their family members from murderous Lashkars. The missionary hospital in Baramulla was burnt down and nurses and nuns serving the patients were raped and killed.

The destination of Pakistan Army was Srinagar but invaders were more keen in looting and arson and hence got delayed to reach Srinagar. It was on 26/27 October when first unit of the Indian Army landed at Srinagar Airport. Had Indian Army not landed in Kashmir before arrival of Lashkars from Baramulla, Srinagar Town would have been a deserted graveyard. The migrants from Mirpur and Muzaffarabad were baffled why Nehru and Abdulla did not direct Army to Mirpur and Muzaffarabad to save thousands of displaced Hindus.

Pakistan recreated similar situation in 1988-89 by infiltrating radical Islamists in J&K to carry out ethnic cleansing. The move was with great stealth that took Government of India by surprise. Over five lakh Kashmiri Hindus were displaced and large number of them were killed. The difference was that this time there was active connivance of separatists and local terrorists who took active part in ethnic cleansing. The property was looted by local goons and terrorist sympathisers.

Pakistan has been consistent with its strategy of using non-state actors as proxies to merge Kashmir with Pakistan and it never missed an opportunity to exploit internal fault lines. Unfortunately India has failed to make Pakistan accountable for genocide in Kashmir in 1947-48 and the proxy war that commenced in 1988-89. Government of India has also failed people of Kashmir in bringing Pakistan to book for “robbery against humanity” and persecution of unarmed civilians including woman and children. India should let the world know how many citizens were massacred in 1947-48 and how many were displaced from their homes. Similar details needs to be given out for ethnic cleansing that begun in 1988 in J&K and continuing till date.

The strategy adopted by Pakistan is unmistakably clear since 1947, it is to cleanse, capture and control territory by using non-state actors. Second, pursue this low cost option of using non-state actors till objective of capture of Kashmir is completed. Third, support non-state actors (freedom fighters), Ummah and war of narrative to give legitimacy to illegal and unethical war. Fourth, keep Kashmir politically divided to maintain, pro Pak and pro-independence section of population. Fifth, keep people of Jammu division and Kashmir Valley politically and socially divided.

The comprehensive destruction of livelihood of a particular community was the motive to weaken the sustenance of people in their homeland. In fact systematic destruction of property and removing people from their homeland is good enough reason for prosecution of Pakistan Army. Even today Pakistan should be tried for crime against humanity and compensation should be sought for those whose families were displaced, killed and homes destroyed.  What we have forgotten is that Pakistan in connivance with few radicals has tried to carryout destruction of history and cultural heritage of Hindus and Sikhs from Kashmir Valley, POK and  Gilgit-Baltistan. There is a need to remind the global community how Pakistan has betrayed India and people of Kashmir time and again for their self-serving motive. At the same time India needs to tell the world how India is fighting alone against the fundamentalists and state sponsored terrorism from Pakistan. October 22, is the darkest day in the history of Jammu & Kashmir for which Pakistan has gone unpunished for its crime against the humanity. This article is a tribute to those who lost their lives and were uprooted from their homeland. It is a reminder to India that Pakistan commenced cross border terrorism as a state policy against India and people of J&K.