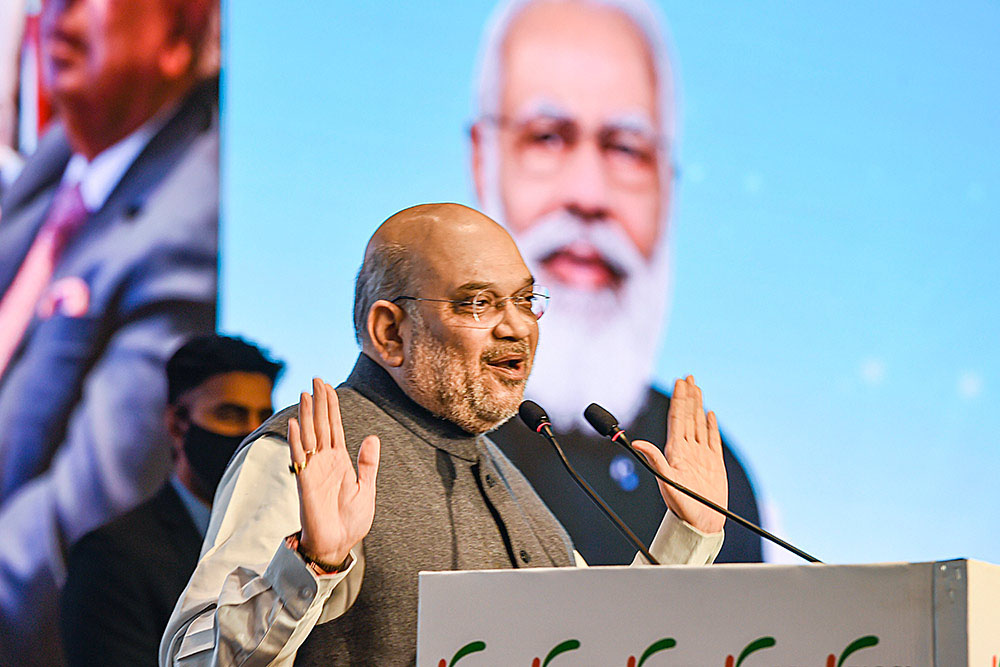 Home Minister Amit Shah released a first-of-its-kind District Good Governance Index for 20 districts of Jammu and Kashmir on Saturday afternoon. Speaking at the event, he also assured that statehood would be returned to the UT as soon as normalcy was restored.

“Delimitation has started and soon elections will be held. I’ve given assurance in Lok Sabha that as soon as the situation becomes normal in Jammu and Kashmir, statehood will be given back,” he said.

Lauding recent developments in the northern Union Territory, Shah also noted that several developmental works had been undertaken in Jammu and Kashmir. ” Record number of tourists visited J&K this year. People are receiving direct benefits from the government scheme,” he added.

The District Good Governance Index of Jammu and Kashmir was prepared by the Department of Administrative Reforms and Public Grievances (DARPG) in collaboration with the Government of Jammu and Kashmir in pursuance of the announcements made in the ‘Behtar e-Hukumat – Kashmir Aelamia’ resolution adopted in July 2021. The event will also see Union Minister Dr Jitendra Singh and Lieutenant Governor Manoj Sinha deliver addresses.