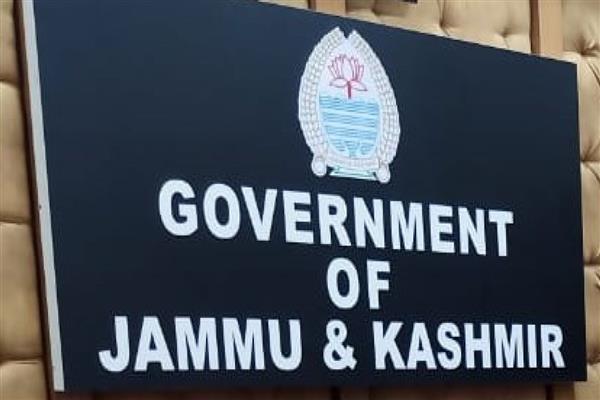 The year 2021 witnessed tremendous improvement in the governance standards of the Union Territory of Jammu and Kashmir and testimony of the fact is the acknowledgement by different surveys that were conducted by various agencies last year. To name a few surveys, one among these surveys is the 39th Sustainable Development Goals (SDG) Urban Index-2021 by NITI Aayog, in which Srinagar city secured 61.50 points. A total of 56 urban areas on 77 SDG indicators across 46 targets of the SDG framework were ranked by the NITI Aayog in collaboration with GIZ and BMZ under the umbrella of Indo-German Development Cooperation. The ranking was done with regard to the performance in 14 SDG goals, which included no poverty, zero hunger, good health and well-being, quality education, gender equality, clean water and sanitation, affordable and clean energy, decent work and economic growth, industry, innovation and infrastructure, reducing inequalities, Sustainable Cities and Communities, Responsible Consumption and Production, Climate Action, Partnerships for the Goals as the leading performer in terms of incremental performance. Among the UTs, Delhi followed by Jammu & Kashmir had shown the best incremental performance. In incremental performance, J&K is ranked at number two with a score of 9.55. In J&K, most of the indicators are in the improved/most improved/fully achieved category as far as the Incremental Performance from the Base Year (2018-19) to Reference Year (2019-20) was concerned. According to the report, the health index comprises three domains-Health outcomes, Governance and Information, and key inputs and processes. In terms of overall health performance, the UT of J&K had moved one position up. Further in its latest report of National Family Healthy Survey (NFHS-5) Jammu & Kashmir has shown a record improvement over the last three years in key maternal and child health indicators. The report, while comparing the achievements in key health indicators recorded in National Family Healthy Survey report (NFHS-5) 2019-20 with the NFHS-4 of 2015-16, stated that J&K has recorded 22 points decrease in Neonatal Mortality Rate (NNMR) from 23.1 to 9.8, 16 points decrease in Infant Mortality Rate (IMR) from 32.4 to 16.3, and 19 points decrease in Under Five Mortality Rate (USMR) from 37.6 to 18.5.The report termed the developments as unprecedented and a reflection of the health status of the general population. It also indicated a positive change towards the girl child in J&K and recorded improvement in sex ratio at birth from 923 to 976 females per 1,000 males. Further, the LEADS 2021 index, released by the Union Commerce Ministry, has also put J&K on the top of the list. The report had stated that among the North-eastern states and Himalayan region, Jammu and Kashmir is the top ranker followed by Sikkim and Meghalaya. According to the report, J&K and the North-eastern states were considered as a separate category for ranking due to their geographical positioning, terrain, resource base and economic activity at large, which act as natural deterrents to development of a robust logistics infrastructure and its effective management. It had revealed that J&K leads the group on account of better than average performance in the operating and regulatory and objective indicators. Likewise, a report prepared by the Food Safety and Standards Authority of India (FSSAI) released in September last year regarding food safety puts J&K at the top among eight Union Territories in the country. The Food Safety Index is based on five significant parameters – Human Resources & Institutional data, Compliance, Food testing (infrastructure and surveillance), Training & Capacity building and Consumer empowerment. Scoring 67 points, J&K had secured the top positions among the UTS. J&K also stands third among large states/small states/UTs in India only behind Gujarat and Kerala with 72 and 70 points respectively. In its report, the Public Affairs Centre (PAC), a not for profit research think-tank, had adjudged J&K as the second best governed Union Territory in the country. The report released in November, 2021 had stated that J&K has shown improvement in the composite ranking for governance index-2021 and bagged second position. In 2020, J&K had finished at sixth position among the UTs. Based on government data, the Public Affairs Index (PAI) is a framework that measures the quality of governance at the sub-national level, and ranks States and UTs on the basis of their performance in the sub national governance for the overarching sustainable development pillars of equity, growth and sustainability. J&K’s transition to UT has proved to be a boon for governance. Various reports released by different agencies in 2021 have driven home a point that J&K’s transformation into Union Territory has been immensely beneficial for a common man. The benefits of Centrally Sponsored Schemes didn’t trickle down to the people at grassroots level, for whom these plans were meant for. But gradually, the scenario is changing for better changing the face of the UT for everybody to see for themselves.