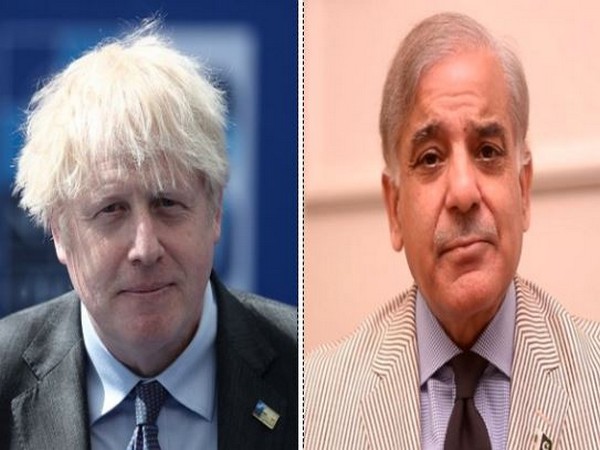 UK Prime Minister Boris Johnson spoke to Pakistan’s Prime Minister Shehbaz Sharif on Monday and discussed a range of issues including trade, the human rights situation in Afghanistan and the Ukraine conflict.

In a phone conversation, they agreed to strengthen those ties further and boost trade and investment, with the Prime Minister highlighting the appointment of a new UK Trade Envoy to Pakistan to drive those efforts.

Both Prime Ministers discussed the ongoing situation in Ukraine and other matters of mutual interest. “On international affairs, Sharif recognised the UK’s efforts to address the crisis in Ukraine, and the leaders agreed on the importance of ending the immense human suffering and global economic instability caused by the invasion,” Downing Street said.

Johnson thanked Pakistan for their help in relocating Afghans to the UK after the Taliban takeover of Kabul.

“The leaders welcomed ongoing cooperation and committed to work together to support a more peaceful and tolerant Afghanistan, noting the importance of ensuring girls can go to school,” the UK PMO said.

The Pakistan PM passed on his congratulations on Her Majesty the Queen’s upcoming Platinum Jubilee, and the leaders looked forward to meeting in person in the near future.