July 8: Recapture of Tiger Hill – The battle that won India the Kargil War​ 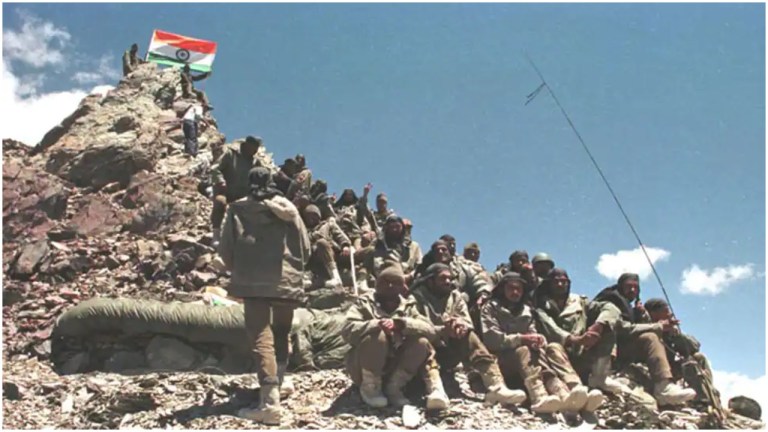 On July 8, 1999, the brave Indian Army soldiers recaptured the majestic Tiger Hills, which lies at 5,307 metres overlooking all other Himalayan mountains and acts as a watchpoint of Drass, one of the most strategic locations near Kargil.

The Indian Army had launched a final offensive against the Pakistani intruders and terrorists sitting atop Tiger Hill. The three battalions of the Indian Army, namely 18 Grenadiers, 2 Naga Regiment, and 8 Sikh Regiment, were put into action to capture the peak, with additional support from the artillery.

Considering that Pakistan Army had the advantage of height and precision strikes from the top, the Indian Army had carefully planned the attack on Tiger Hills. The soldiers of Sikh Regiment were asked to launch an attack from the Southern and Northern directions, while the 18 Grenadiers was tasked to capture the western side leading to the hill to prevent the Pakistani Army from sending reinforcement.

On July 6, the final attack to capture Tiger Hill was launched in the dark. First, 18 Grenadiers sub-divided themselves into Alpha, Charlie and Ghatak companies. Then, 8 Sikhs began their attack from the northern and southern end to divert the enemy’s attention. Meanwhile, Ghatak Platoon of 18 Grenadiers silently climbed a steep cliff of over 10,000 feet to reach the top.

The Indian Army surprised the Pakistan soldiers sitting warmly inside their bunkers, who were not at all expecting Indian soldiers to climb the steep rocky mountains. The Pakistani soldiers panicked and began indiscriminate firing, causing severe casualties. Finally, Indian Soldiers managed to regain control of Tiger Hill. The Tiger Hill was declared to be reclaimed on the morning of July 8 as the tricolour was unfurled at the top of the hill.

After a difficult operation, which lasted for nearly three months, the Indian Army re-captured Tiger Hill. In all, 38 Indian troops martyred, while 92 Pakistani troops were killed in action.

The Kargil war took place between May and July of 1999 in Jammu and Kashmir’s Kargil district. The conflict was orchestrated by the then Pakistan army chief General Pervez Musharraf. While Nawaz Sharif, the then Pakistani Prime Minister claimed he had no knowledge about the planning of the war, Musharraf had later revealed that he knew about the same and was briefed about it 15 days ahead of then Indian Prime Minister Atal Bihari Vajpayee’s visit to Pakistan in February 1999.

The war began with the infiltration of both Pakistani troops and terrorists into Indian territory. The infiltrators positioned themselves in key locations that gave them a strategic advantage during the start of the conflict. After local shepherds became aware of the incursions, the Indian Army was able to ascertain incursion points and launch “Operation Vijay”.