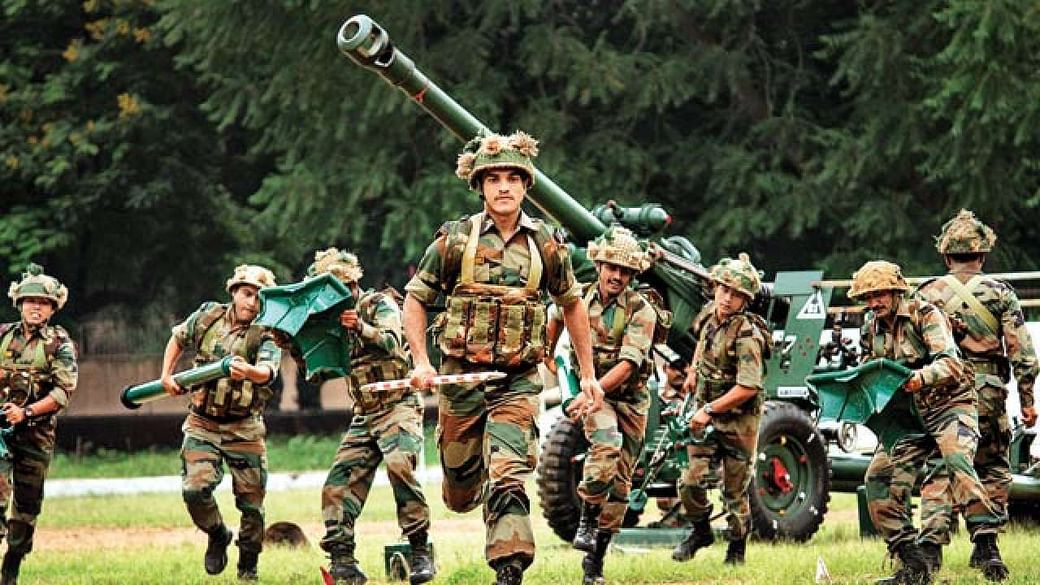 Each time we mark Kargil Vijay Diwas, it is imperative that besides the celebration of victory and the remembrance of courage and valour, there should be an honest and intellectual analysis to determine how the lessons learnt apply in the current context. The spirit of such analysis has to be positive and not for the sake of renewed fault finding. Kargil 1999 also known as Operation Vijay is a classic benchmark in India’s post-Independence military history. It was triggered by a temporary loss of some important ground at the Kargil LoC.

As per unwritten norms both the Pakistan and Indian Army regulars used to vacate certain pieces of inhospitable ground at the higher portions of the Line of Control (LoC) during winter, especially where snow accumulation was high and life threatening. There was never any attempt to occupy the unoccupied locations of the other by either side. In 1999, the Pakistan Army committed sacrilege and breached the long-established covenant by occupying such ground, which afforded the Pakistanis a far better observation over the crucial Srinagar-Kargil-Leh (SKL) highway, the lifeline of Ladakh and in effect the strategic Siachen Glacier.

The recapture of that ground by the Indian Army at heights of 16000 to 18000 feet in little over two months with very high attrition rates, amounting to 527 fatalities and 1100 injured, may be counted as one of the most courageous and arduous conventional battles ever fought in high altitude mountains. Attritional and exhausting, it is never easy to assault in high altitude with even superiority ratios of 9:1.

Observations on the operations can fill many books. This piece is really a reminder of the tremendous achievements of our warriors in wresting the areas occupied by the adversary but equally a brief on the strategies, progression, successes and failures. The Pakistani plan was aimed at targeting the supposedly unimportant Kargil sector (since the entire Indian focus was on the Kashmir LoC and hinterland) to interdict the SKL highway. It was a rogue plan, kept secret from even the political leadership and other two Services. With that, Pervez Musharraf, then Pakistan Army chief, expected India to sue for peace and be constrained to withdraw from Siachen. Conceptually, the strategy was sound but Musharraf failed to account for the variety of options India had for response and the ferocity with which this would be implemented; that also included all-out war.

Discussions with today’s serving community and veterans of that time indicate three things. First, an admission that the Pakistan Army managed strategic surprise due to the entire focus of the Indian security setup being on the militancy and terror in the Valley and south of Pir Panjal.

Second, the area of responsibility of 15 Corps, from Demchok in Eastern Ladakh to Gulmarg, was beyond its control and capability. One of the major flaws which contributed to Pakistan’s initial surprise attack was the large gaps in the defences; four infantry units plus a BSF unit held a front of 120 kilometers with depth defences too.

On the first two observations, there was immediate action. HQ 14 Corps was raised to take control of Ladakh and Kargil. 8 Mountain Division did not return to the Valley adding its defensive weight to Kargil sector. HQ Kilo Force of the Rashtriya Rifles was raised for North Kashmir and two other Force HQs for counter-terror operations. The lessons regarding the order of battle triggered the subsequent decisions of 2004; raising of HQ 9 Corps (Yol), the splitting of the gigantic 16 Corps (Nagrota) and the creation of South Western Command to narrow down the frontages of the field armies. These have stood us in good stead.

A Musharraf aim, usually underplayed, was to shift the Indian focus away from the Valley and create voids in the counter-terror grid there. This was one aim quite well achieved because the time gap between the move of 8 Mountain Division and the creation of Kilo Force was exploited by Pakistan. It is this gap which led to infiltration of large number of terrorists into North Kashmir and gave a fillip to the separatist movement. Remember 2001 (just two years later), the strength of terrorists peaked in J&K, as did the number of terrorists killed.

The third observation was that once the intrusions were discovered there should have been full freedom to conduct operations without the political constraints of not crossing the LoC. There is no doubt that this last term of reference imposed upon the commanders led to the absence of manoeuvre in our plans, resulting in frontal attritional attacks with far higher casualties.

We must not forget this was a year after both nations went overtly nuclear and the chance of accidental tripping of the nuclear trigger was something the leadership was sensitive to. Yet the ability to rapidly mobilize, bring sufficient firepower (Bofors guns in fair quantity) from the plains and hand over operations to the experienced and well-blooded 8 Mountain Division (inducted from Kashmir Valley) under the command of a seasoned General Officer, Maj Gen (later Lt Gen) Mohinder Puri, contributed immensely to success.

The plethora of lessons that emerged was well-analysed and recorded by the Kargil Review Committee (KRC), and subsequently the Group of Ministers. The mandate of the committee was “to review the events leading up to the Pakistani aggression in the Kargil district of Ladakh in Jammu and Kashmir; and to recommend such measures as are considered necessary to safeguard national security against such armed intrusions”.

Among the reasons for the successful neutralization of the Pakistani effort was the sheer raw courage and valour of the officers and men at the sub-tactical and tactical level, well-recognized internationally. It’s the strategic level which was deeply examined by the KRC but the measures suggested found passionate execution only to a limited extent. Some of the recommendations are under progress even today.

A permanent National Security Advisor (NSA) was appointed along with a secretariat and adjunct organisations which did bring national security into focus beyond just the apex-level Cabinet Committee on Security (CCS) which could not do justice to it in the desired detailed manner.

The Defence Intelligence Agency (DIA) and National Technical Research Organisation (NTRO) were among the first bodies that were set up. The first steps towards an integrated Ministry of Defence (MoD) were undertaken with the setting up of the HQ Integrated Defence Staff (IDS)—but the spirit of the recommendations that included induction of uniformed officers into the MoD remained ignored for long until the current NDA government finally appointed a CDS to head the IDS and an entire Department of Military Affairs under him, with a level of integration of civil and uniformed officials.

The KRC had recommended a much higher level of ‘Jointness’ between the three Services, especially after the supposed fiasco of lack of coordination between the Indian Army and the Indian Air Force at the conflict initiation stage. The concept of theatrisation was not mentioned in this report. It’s only the Shekatkar Committee report under the NDA government that triggered the thought, especially after China’s PLA adopted it.

That the current exercise of theatrisation is running into problems is primarily because the KRC’s recommendation of enhanced ‘Jointness’ did not see any major implementation in the form of joint functioning and training in the last two decades. Theatrisation, at the least, needs to be tested through war-gaming models over a period of time. It is incorrect to hurry this even as we face threats at our borders. I yet feel it is resource constraint more than organizational ineffectiveness that is restricting our progression towards transformation and modernization.

And finally, could the lessons learnt from the surprise Pakistan achieved in Kargil, in any way have been applied to the PLA buildup that occurred in Eastern Ladakh in 2020? It’s an interesting issue for professionals to analyse and study. My preliminary finding tells me that these were two completely different situations; the LoC and the LAC are like apples and oranges. In Kargil, the initial response was one of disbelief.