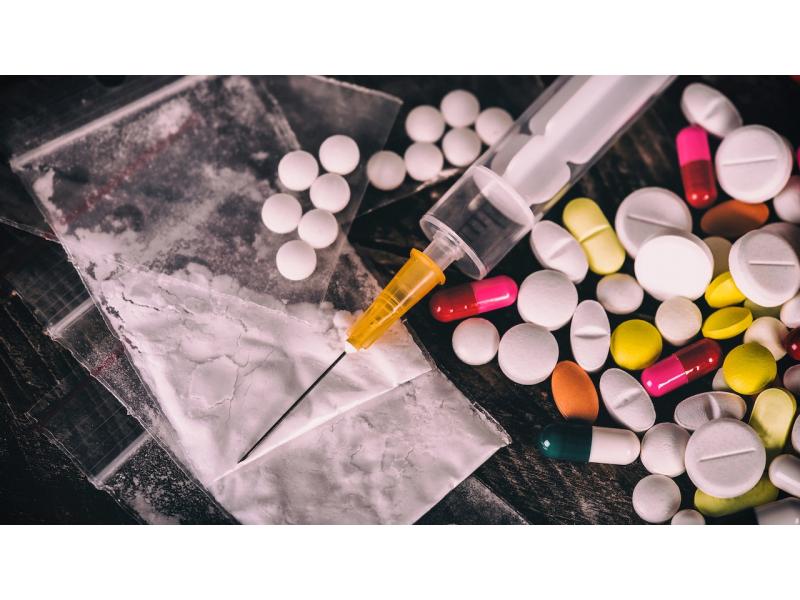 Narco-terrorism in Jammu and Kashmir is emerging as a big challenge for the security agencies and the common people. Pakistan is not only sending militants but is also pushing narcotics into the Himalayan region.

The design is clear that India’s neighbour wants to keep the conflict alive by turning J&amp;K into a haven for drug peddlers and addicts. Pakistan’s drug mafia joining the proxy war is not good news at all. It indicates that hate mongers want more graveyards for Kashmiris. After selling illusions and Azadi dreams, Pakistan has now started selling drugs to Kashmiri youth.

Jammu and Kashmir Police Chief, Dilbag Singh, recently stated that Pakistan is targeting youngsters by making them habitual to drugs.”They (Pakistan) are repeating the same dirty game that they played in Punjab. First giving arms training and later spoiling the youth with drugs,” Singh said.

During the past one year the security agencies have recovered huge hauls of narcotics in J&amp;K. On May 23, this year the Jammu and Kashmir Police busted a Pakistan-sponsored narco-terror module in North Kashmir’s Kupwara district and seized 8 kg heroin worth Rs 50 crore.

On September 13 this year the Anti-Narcotics Task Force (ANTF) of the Jammu and Kashmir Police recovered 1,000 kilograms of poppy straw from three Punjab-based trucks along Srinagar-Ladakh National Highway. Many accused having links with militants and the drug trade have been arrested during the past 2-years.

After guns, its drugs

There is no second opinion about the fact that Kashmir has lost a generation to conflict and may lose the next to drug abuse.

Hurriyat hawk and pro-Pakistan leader, late Syed Ali Shah Geelani, in the last stages of his life had apparently realized that the country which he supported all along was pushing Generation-Next of Kashmir towards drugs. He issued a statement on drug trafficking in July 2019 and soon after that he was dislodged by his bosses sitting across the Line of Control.

Late Geelani without naming Pakistan had expressed serious concern over drug abuse in Kashmir. “Our worthy land of natural beauty is bleeding. Death and destruction have knocked every soul. Engulfed in the gloom and miseries, Valley is now facing a new and unique monster of drugs, running deep in the society threatening its existence,” Geelani had said in a statement.

The late separatist had termed the menace of drugs to be “last nail in the coffin of Kashmiri youth.” Although he had not named the neighbouring country in his statement, it had evoked a strong reaction from across the LoC which led to him being ousted from the so-called post of a chairman of the faction of Hurriyat Conference led by him.

The narco-terrorism is a reality which people of Jammu and Kashmir are grappling with. In fact it has already turned into a dragon and is out to swallow the Generation-Next of Kashmiris. Besides turning younger generation into drug addicts, the sale proceeds of the narcotics are pumped into funding terrorism.

According to the recent revelations earlier, boys aged 18 and above were addicted to drugs but now there are cases of 12 and 13-year-old falling prey to substance abuse. The nature of drug abuse has also changed. Earlier, it was Charas or medicinal Opioids now heroin, which is being sent from across the border is replacing these substances.

The youth within days become dependent on injections to inject drugs intravenously and the menace is spreading across Kashmir at a rapid pace.

A survey carried out by the National Drug Dependence Treatment Centre of the AIIMS, New Delhi on the “Magnitude of Substance Use in India” placed Jammu and Kashmir at the fifth spot with over 6 lakh people affected by drug abuse.

The figures reveal that 90 per cent of the substance abusers fall in the age group of 17 to 33-years.

The erstwhile government in J&amp;K had implemented a drug de-addiction policy. It was said to be broader, encompassing means to effectively challenge various inter-linked aspects. The government carried many awareness programmes but the zeal with which it was started has faded. At almost all levels, the policy failed to meet the ends for which it was formulated.

Jammu and Kashmir lies in the vicinity of the “Golden Crescent” — a name given to South Asia’s opium producing countries Afghanistan, Iran, and Pakistan — which produces 80 per cent of the world’s opium and is considered as the prime source of illicit drug trade. After the Taliban taking over power in Afghanistan, there are fears that more drugs could arrive in India as a report published in 2018 had claimed that Taliban earns 60 per cent of its revenue from the drug trade.

The emerging situation and increasing number of drug addicts in J&amp;K strongly indicate that Pakistan is in no mood to call it quits. It wants people of Kashmir to remain engaged in conflict through guns and drugs. The people sitting across the LoC are aware of the fact that the drug abusers can become their tools, who can be used for any purpose in J&amp;K.

The J&amp;K Police and Indian Army have taken a lead in establishing drug de-addiction and counselling centers across the Union Territory. But the socio-religious leaders need to step in to wean away youth from the menace. If the people of J&amp;K want to fight the drug menace they will have to play an active role. Law enforcing agencies and the government cannot tackle substance abuse alone. The Generation-Next of J&amp;K is under threat and it needs to be protected.

In September this year the National Investigation Agency (NIA) in a charge sheet filed by it in a narco-terrorism case had revealed how operatives of banned militant outfits such as Lashkar-e-Taiba (LeT) and Hizb-ul-Mujahideen (HM) were behind the Jammu and Kashmir drug trade.

The NIA charge sheet had claimed that the Lashkar group was reportedly funding the Hizbul group in Kashmir with a hope to revive terrorism in J&amp;K. It had also stated how drug operatives in Pakistan and Dubai were helping the funding of the racket.

It had also highlighted how the people sitting across the LoC were using technology to engage in cross-border smuggling.

Denizens of J&amp;K are aware about the nefarious designs of Pakistan and the ones fuelling militancy in the region. The seizures by police and other agencies have proven it beyond doubt that people sitting across the LoC want to have a drug addict in every house in Kashmir to fight the proxy war which commenced in 1990. Ball is in the court of people of Jammu and Kashmir. They have to decide whether they want to act as mute spectators or active participants in war against substance abuse. If they remain silent they will turn one more generation of Kashmir into cannon fodder for the adversary, who seems determined to keep Kashmiris engaged by one or other means.