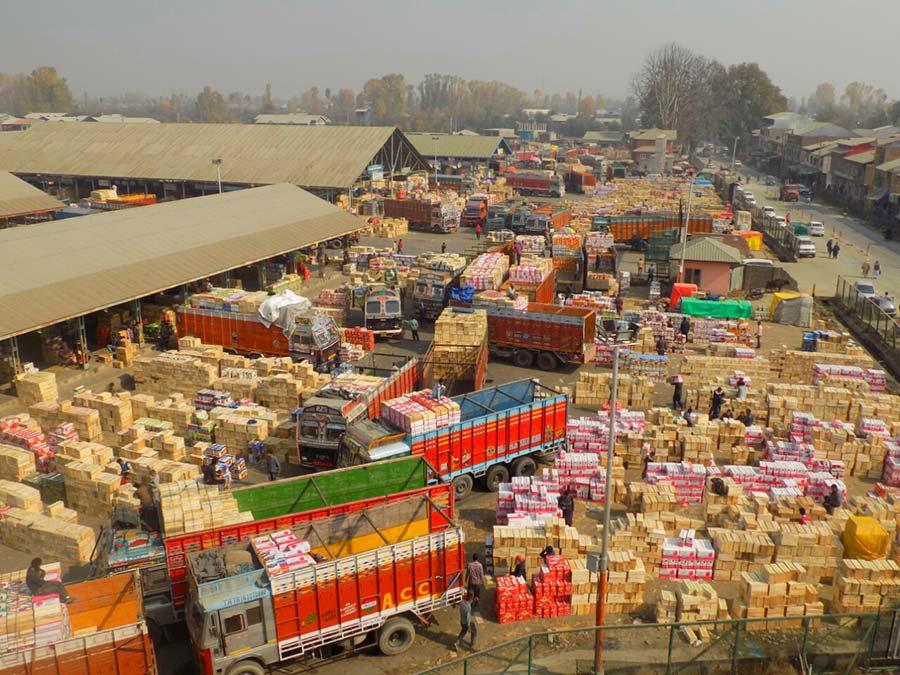 Expressing concern over the incurring losses, the Kashmiri fruit grows on Wednesday appealed Government of India (GoI) to ban the import of Iranian apples in the Indian markets.

“The demand of Kashmiri apples in Mandis are less owing to the availability of Iranian apples,” he said

Bashir said the rates of apples have declined to Rs 1,200 per box to Rs 600 in the past few days in the Mandis.

“The production cost of one apple box is Rs 600, moreover the transport charges costs Rs 300 per box,” he said. “The GST has increased from 12 percent to 18 percent. Now, how can a grower sell his production at such low rates? ”

Bashir said that despite repeated requests, the GoI has not paid any heed to the matter, leaving the apple growers in the lurch.

“If Modi cries for Make in India, then why we are importing goods from outside when we have our own production,” he said. “PM Modi should uphold its own slogan”.

Make in India is a GoI’s initiative focused on encouraging companies to manufacture in India. The initiative is intended to boost the domestic manufacturing sector.

Bashir said that the horticulture industry is the backbone of Jammu and Kashmir, and GoI must make sure to safeguard this sector.

“This is the only sector that has survived in all these years of turmoil. Around 70 to 80 percent of the population is associated with this industry and are earning their livelihood from it,” he said.

Bashir said that, as per their information, many people have dumped the Iranian apples at the ports of Mumbai and Chennai, which they later sell at low rates in the Indian Mandis as compared to Kashmiri apples.

“We have come to know that in Iran, one kg of apple cost Rs 20. So, these people import the apples and then dump them in CA stores here, “he said. “There should be a tax imposed on it.”

“We appeal Modi to intervene in the matter and ban the import of Iranian apples in the market,” Bashir said.