Kashmir Then and Now 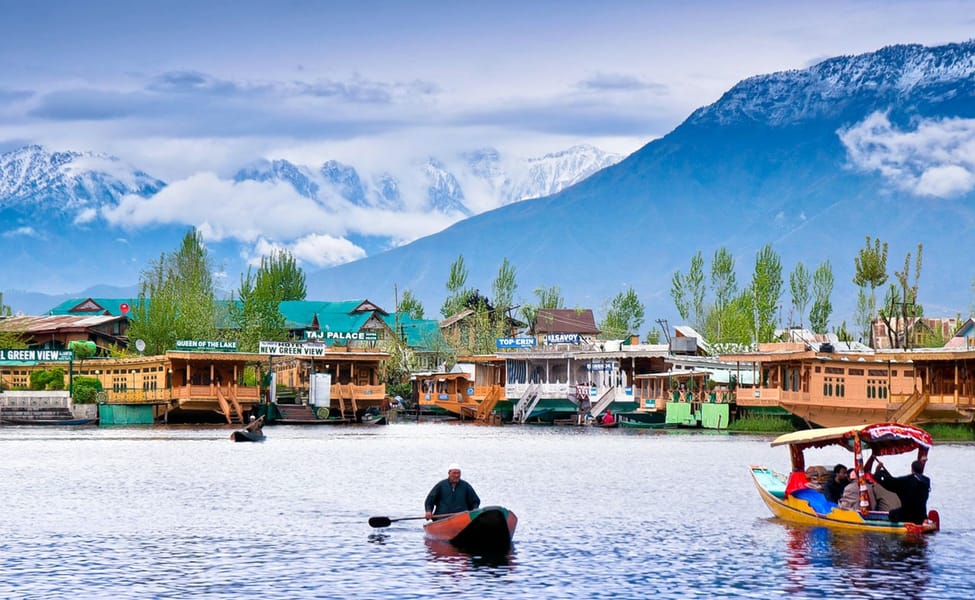 On 5 Aug 2019 the myth of article 370 as a non-negotiable pillar of Kashmir, for any talks, was broken and decades old non constructive practices were set aside. Pak had always generated a narrative to keep the valley boiling. A small incident like killing of Burhan Wani was flared up so much that issues like revocation of Article 370 was made to be unthinkable. The loop of violence suited few families and proxies of Pak. The three crises-ridden decades reveal that longstanding political issues such as the special status of the State, regional tensions between J&K often buttressed by religion-based sentiments, concerns regarding HR deficit, the feeling of alienation among the youth, governance & accountability and finally security with a focus on policing are all issues that required a response. Broadly, they may be cat as related to security, governance & development. Over the years, most political processes & institutions in the Kashmir Valley have suffered from a crisis of credibility and legitimacy.

The current situation in the J & K seems to be at the cusp of resolution or further worsening of the problem. However, the emerging contours paint an optimistic picture of peace & stability. Though the sit by & large remains peaceful, recent spurt in militants activities in the State & ceasefire violations by Pak have vitiated the environment to some extent. Due to strong Indian resolve & change in the geopolitical scenario in the neighbourhood, the security & political situation in the Valley has of late witnessed a marked improvement, which has given a much desired impetus to enduring peace & development. It can be said that the situation is conducive for initiation of measures for ushering in peace. What needs to be clearly understood is that there are no simple solutions to the complex problem of Kashmir. Whether we are witnessing a genuine peace or calm before the storm it remains doubtful to many.

In 2019, polling was held in the UT for Panchayat elections. Panchayat elections saw the turnover of voters as usual but the grass root level participation of public has increased. These Panchayats have been meaningfully empowered through massive transfer of resources as well as administrative powers. However, almost immediately sarpanches became the targets of the designs of militants. Till now six sarpanches have been targeted by militants to spread fear & undermine political process. Militants see the existence of the sarpanches as the negation of their own two decade-old struggle, whereas the government sees them as the symbol of democratic triumph over separatist resistance. Barring few, all major stakeholder politicians are free now and there have been little protests from the public for their release. This shows the trust deficit these parties generated in the populace. Main parties like NC and PDP have denied going to political activities until the statehood of UT is restored. Political vacuum exists in the valley, The erstwhile separatism politics largely seems redundant in absence of any disturbing narrative available to them, however there has been creation of new parties like J&K Apni Party. It is to be seen whether the political void created in the valley can be filled up by national parties or not. Recent appointment of Mr Manoj Sinha a long-term politician, as LG of J&K is being viewed as a step to bolster the political process in UT.

With long history of being marred by violence situation has shown distinct signs of improvement in last one year. Counter intelligence grid in tiers from the LAC to the hinterland along with an effective surveillance of the fencing along the LAC, the IA has systematically decimated the militant groups & their supporters. The recruitment significantly reduced from 270 in 2018 to approximate 70 in 2020. Although many of militant leaders have been killed still things are not conducive for full throttle development activities. Approximately 200 militants are still operating in various parts of valley. Radicalisation has reached to unprecedented levels in few parts especially in South Kashmir. Pakiatan & its ISI can still calibrate the level of violence in the Valley at will; the training infrastructure is still intact. Pakiantan has its launch pads full of militant who are desperately trying to infiltrate in India. The new TRF created by Pakiatan is just another attempt to portray the militancy as home grown insurgency in India. The events of past few months indicate that situation remains fragile & it is too early to declare normalcy in State. However, the present situation offers an opportunity to give substantive momentum to a result oriented peace process.

For nearly 700 years, the Sufi tradition of Islam has entrenched itself at the centre of cultural & spiritual life of J&K. But today, this gentler form of Islam is faced with a challenge for its very survival. In the last few years, Wahhabist preachers have spread across Kashmir, calling for Islam to be returned to its purest form. Islamic fundamentalism in the form of militancy in India was initially limited to the region of J&K, but today it has spread its tentacles to other parts of India too. The series of large scale attacks in Pathankot, Samba, Uri and Pulwama are testimony to the growing influence of fundamentalism in India. Fundamentalism is against democracy & equal rights for all citizens, irrespective of caste, creed or gender. Its further growth will disrupt peace & stability in the country as well as in the entire region.