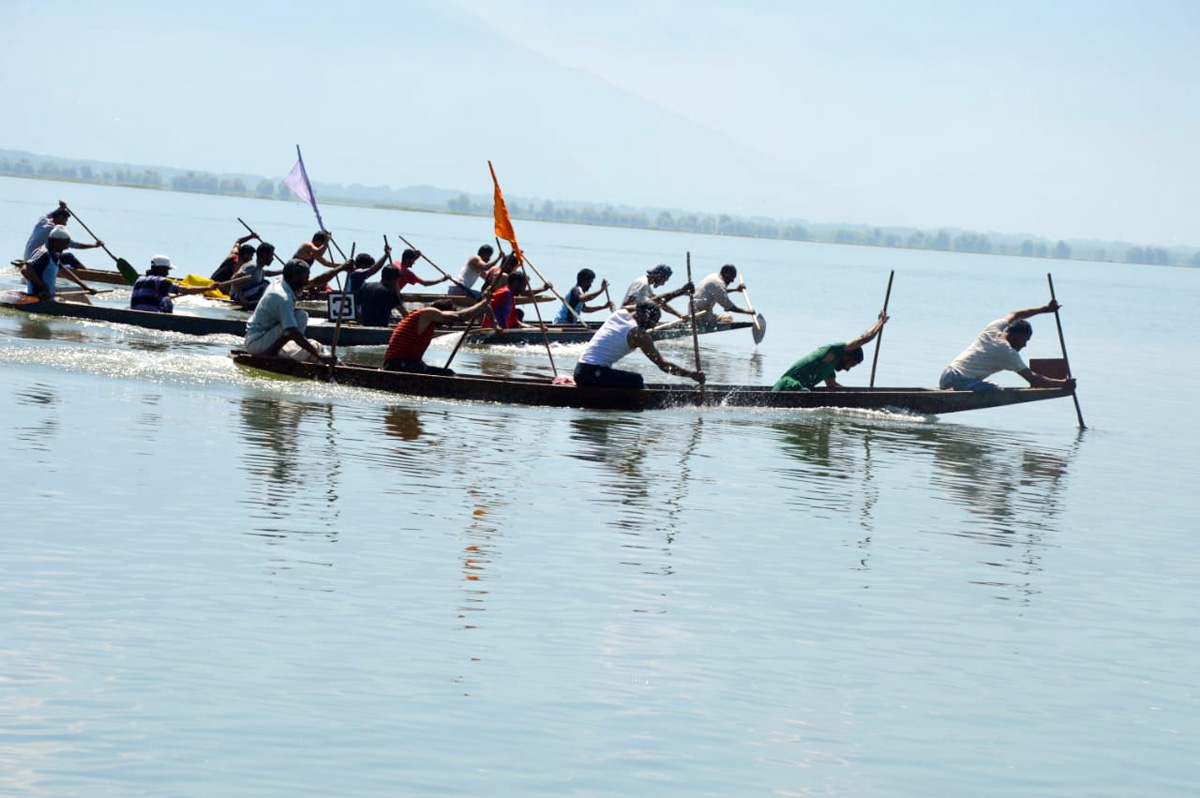 The first-ever rowing nationals in Kashmir, the 23rd sub-junior, and the 5th Inter-State Challenger National Rowing Championship began in Dal Lake, Srinagar on June 22. Srinagar’s Dal Lake is hosting the event. On Tuesday, particpating teams from across the country joined the training sessions at SKICC, Srinagar.

According to reports, around 600 athletes and officials representing different States, and Union Territories are participating in the event. Bilquis Mir, participant, said that the event will help promote water sports in the country. Coach of the Mumbai Team, Sunil Akenath said that the event gives a big opportunity to the players on the national level. The event is being conducted by the J&K Rowing and Sculling Association under the ageis of the Rowing Federation of India.

Rowing as a sports?

Rowing is considered as one of the toughest sports as the sports is both physically and mentally very demanding in nature and calls for a combination of aerobic and anaerobic energy. It has origins from Britain.

In India, the popular categories of rowing competition includes single sculls, double sculls, pairs, fours and eights. Moreover, the width of a boat varies from 1 foot to 2 feet, and the length can range from 27 feet to 62 feet. The race length of a rowing event can be 1000 metres or 2000 metres depending on the age category. However, the sprint events are limited to 500 metres.

Arjun Lal Jat, Arvind Singh, Ajay Tyagi, Punit Kumar, Ashish Phugat are some of the many rowers from India and have represented country at major events, including the Tokyo Olympics. Recently, rowers K Narayana and Kuldeep Singh won the Bronze medal at the World Rowing Cup II in Poland.