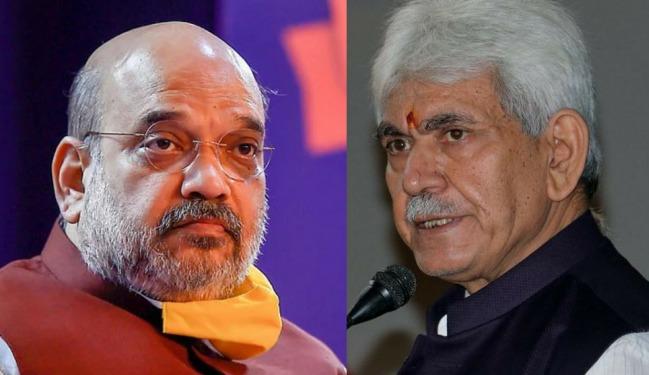 Union Home Minister Amit Shah and Jammu and Kashmir Lieutenant Governor Manoj Sinha are likely to hold a high-level meeting here in the national capital on June 3 over the killings of Kashmiri Pandits in the Union Territory in last few days, official sources said.

It is learnt that National Security Advisor Ajit Doval and Jammu and Kashmir Director General of Police Dilbagh Singh will also participate in the meeting that is expected to start on the scheduled date in the first half of the day. Union Home Secretary Ajay Bhalla, as well as Director-General of Central Reserve Police Force Kuldiep Singh and Border Security Force chief Pankaj Singh, are also expected to attend the meeting.

A 36-year-old migrant Kashmiri Pandit and high school teacher Rajni Bala was shot dead by terrorists in the Kulgam district of Jammu and Kashmir on Tuesday.
Earlier this month, two civilians – including Kashmiri Pandit employee Rahul Bhat — and three off-duty policemen were killed in Kashmir by the terrorists.

These deaths follow a series of killings that have been happening since August 5, 2019, the day when the Union government stripped Jammu and Kashmir of its special status and downgraded it to Union territory while simultaneously bifurcating the region into Jammu and Kashmir and Ladakh UTs.