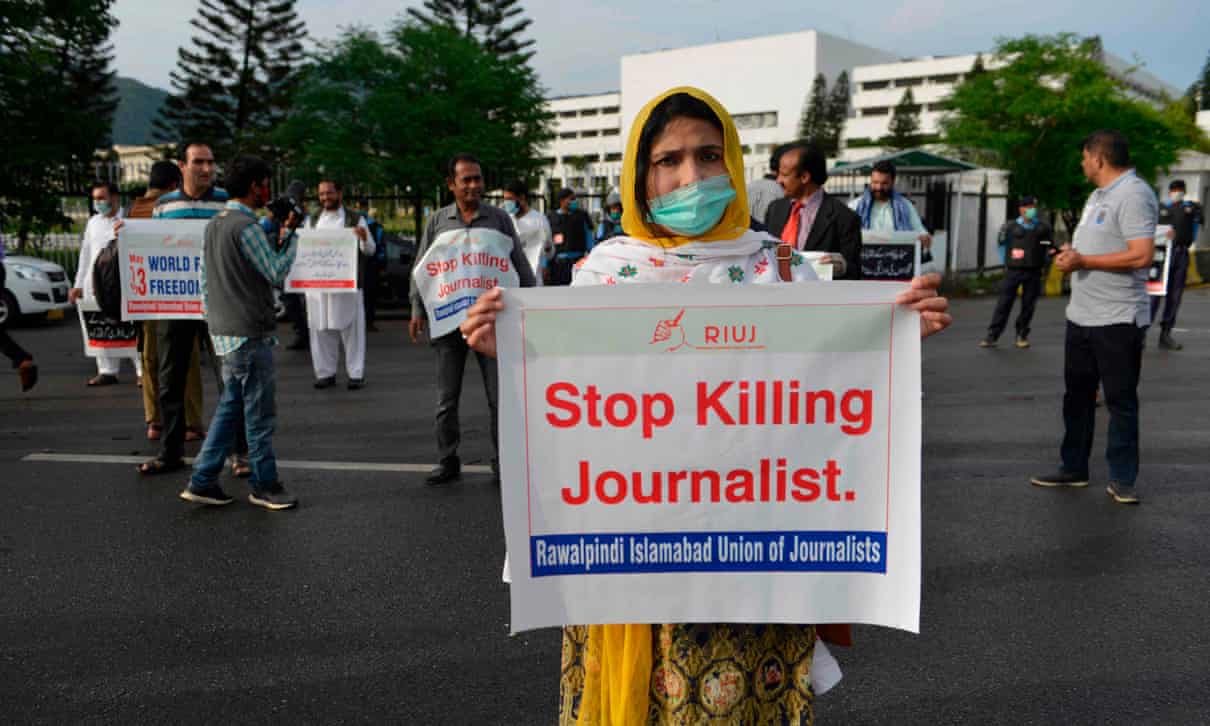 The murder of a reporter known for exposing corruption has set off a wave of protests across Pakistan’s western Balochistan province, one of the most dangerous places in the world to be a journalist.

Anwar Jan was shot dead by two gunmen on the evening of 23 July as he drove his motorbike home in the town of Barkhan.

Three days after Jan was killed, more than a thousand people gathered in his town calling for justice. The protests spread to the regional capital, Quetta, the industrial port of Gwadar and beyond, and online under the hashtag #JusticeforAnwarJan.The reporter worked for the daily paper Naveed-e-Pakistan and posted regularly about corruption on social media. The media freedom campaign group Reporters Without Borders (RSF) called for an independent investigation into the murder.

“Everything indicates that Anwar Jan Kethran was killed because he informed the public about allegedly corrupt practices by local officials,” said Daniel Bastard, the head of RSF’s Asia-Pacific desk. “We therefore urge Balochistan first minister, Jam Kamal Khan, to conduct an independent investigation into this murder so that both perpetrators and instigators can be quickly brought to justice.”

Jan’s family have accused the regional food and welfare minister, Sardar Abdul Rehman Khetran, of ordering the shooting after Jan reported on alleged graft linked to the powerful local leader. Jan’s brother Ghulam Sarwar said the reporter was threatened before his death by Khetran.

Khetran denied any connection to the killing. “It is being said that I tried to hinder his journalistic work which is not true at all. I deny all and any allegations that have been made,” he said.

The family have filed a complaint accusing Khetran’s bodyguards of carrying out the attack, but say authorities have done little. Police are still investigating the case, but have carried out some raids, according to Gul Mohammed, deputy commissioner for Barkhan.

Pakistan is one of the worst countries in the world for journalists, ranking 145th out of 180 countries and territories in RSF’s 2020 world press freedom index. According to the Council of Pakistan Newspaper Editors (CPNE), at least seven journalists were reported killed in Pakistan last year.

“Journalism in Pakistan has seriously declined, with free speech being curtailed and many media networks compromising with some institutions,” said Shahzada Zulfiqar, the president of the Pakistan Federal Union of Journalists (PFUJ).

“What remains is a small group of local journalists in some peripheries across the country that do not shy away from challenging the status quo regardless of the cost– being murdered and abducted. The same happened with Anwar Jan.”

Jan was killed only a few days after the abduction of a contemporary, Matiullah Jan, in Pakistan’s capital, Islamabad. Although he was freed after 12 hours, his abduction was another reminder of the deteriorating situation faced by journalists in Pakistan.