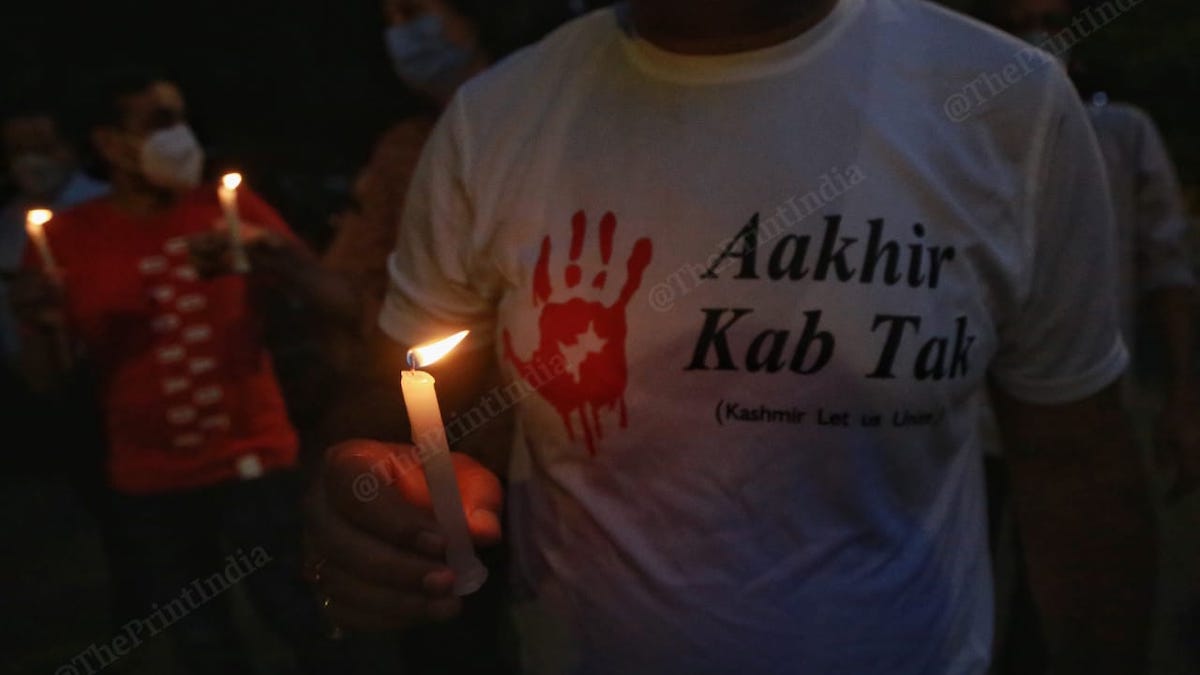 It’s not a good time for minorities in South Asian conflict zones. In two different theatres, three separate ethnic groups are being targeted by seemingly disconnected actors, all of them victims in a grim play that has been written elsewhere. In Afghanistan it’s the Sikhs and the ever-oppressed Shias, while in Kashmir, it’s the Pandits, yet again. The international press will point to radicalisation, as well they might. But not all of this is the work of ‘free radicals’ operating without any direction and on a whim. Look closer and each has a purpose of its own. Seen together they seem to indicate a certain copycat strategy. A check on each of these reveals some curious distortions in apparent facts.

The hardy Sikhs of Afghanistan

The Sikhs of Afghanistan trace their lineage to even before the formation of the country. Over the centuries they have lived peacefully, organising their businesses with characteristic dynamism even in Taliban strongholds like Helmand. That has changed only over the last few years. In reverse order, attacks against the community was most recently seen in the desecration of the Gurudwara in Kabul, and an earlier similar incident in a part of the Paktia of Pakistan-based Sirajuddin Haqqani. The video seems to indicate that this was the work of the Taliban. In March last year, there was another horrific attack on a Kabul gurudwara that killed 27, apparently carried out by a man from Kerala, said to have been disturbed about Kashmir. The person arrested was the leader of a group called the Islamic State of Khorasan (IS-K), Aslam Farooqui, a Pakistani from Khyber Pakhtunkhwa, and two others from Karachi and Islamabad. The ISK seems to hit the hardest in Kabul – including in the most recent airport attack that killed 170 – but its membership and leadership here are uncertain.

Attacks against Sikhs have been only in and around Kabul, suggesting that the IS-K is a group of many parts. In the east, it shows a certain amount of strength in fighting the Taliban – apparent in the recent series of explosions against a Taliban convoy – while in the north, it seems to be almost completely Central Asian with allied objectives. From time to time, it claims attacks that were actually committed by the Taliban. Even while the international media is focusing on this ‘new’ threat, Aslam Farooqi was quietly released from prison by the victorious Taliban, and nothing has been heard of him since. It seems both the Taliban and the IS-K want the Sikhs out. More muddying of the waters is apparent with regard to attacks on Shias.

Unlike the Sikhs, the Shias of Afghanistan have long been under threat, both in Afghanistan and Pakistan, where they have suffered murderous assaults. The IS-K has claimed the most recent suicide attack on Shias at Kunduz that killed more than 55 Afghans. The interesting detail was the claim that the bomber had been an Uighur, whom the Taliban (ostensibly) wanted to remove from the country. That is a near replication of the Gurudwara attack, using a foreign national with grudges against the home State, in this case, China. The reality, however, is that Shias have been brutally attacked by the Taliban as well, and earlier in 2011, by the Lashkar-e-Jhangvi al-Alami, a group that was closely tied to Pakistan. Indeed, its parent arm is entirely Pakistani.

Now consider the reality. A recent UN report notes that an IS-K commander al-Muhajir was earlier in the Haqqani network and may still have connections with it. In short, both the Taliban and the IS-K seem to have not only similar commanders, but also similar objectives with regard to minorities.

The reenactment of a tragedy?

The recent attacks on Hindus in Kashmir are marked by an almost flamboyant emphasis, not seen since the late 1980s. In one, a well-known and liked Pandit pharmacist who had stayed on through the worst of terrorist attacks in the Valley, was targeted. Another Hindu migrant from Bihar was also killed, with both attacks claimed by The Resistance Front, a group created as a front for Lashkar-e-Taiba. Then was the attack on a Srinagar school where Hindus were first identified and then shot. That included the Sikh principal, leading to protests among a community that has also stayed on for decades, and have largely remained safe. The second victim, was a teacher who had returned to the Valley from Jammu, as the government made every effort to encourage some 62,000 registered refugees outside the state to return. The immediate effects were two; first, that the news appeared all over international media. Second, it seems to have begun a second round of exodus, at least among the Hindus. Third, the attacks will create a new round of reprisals by counter-terrorism forces, setting in motion another chapter of discontent and violence. Mission accomplished.

Consider the outcomes of each of these disparate attacks. The attack against a Sikh gurudwara, using an Indian – highlights the ‘dangers’ to India from IS-K. At the same time, it further reduces an ethnic Indian presence in Afghanistan. The attacks against Hazaras puts the Iranian’s nose out of joint. Their recent annoyance with the open support of Pakistan to the Taliban operation in Panjshir has created large and seemingly expanding ripples. Then there are the Kashmir incidents. Those who have long followed both theatres will observe strong terrorist copycat strategies in both theatres. That’s no accident. These are carefully thought-out strategies by Rawalpindi’s managers. When one succeeds, they replicate it in the other. Remember that the Lashkar-e-Taiba began its journey in Afghanistan, not Kashmir, in the company of al-Qaeda founder Abdullah Azam as co-founder. In this game, the sudden growth of IS-K to formidable proportions – despite its severe weakness as noted in the US report – serves Pakistan’s agenda of presenting the Taliban in contrast as a ‘moderate’ body that international financing partners can do business with. Not India though. That’s a ‘No No’. It is also highly probable that an IS-K of some kind will be introduced soon into India, not just Kashmir. Ergo, IS-K is the new ‘group of interest’ with the ISI providing all the keys.

There is, however, an even more dangerous possibility. The dramatic triumph of the Taliban has acted powerfully on many young minds. It is entirely possible that a carefully radicalised set of youth will be used to create not just another Hindu ‘exodus’ – after all, there are only a few thousand left in and around Srinagar – but to prevent the return of those thousands of refugees living across India. That would spell ‘normalisation’, a death blow to the 40-year plans of the ISI. With outgoing ISI chief Faiz Hameed now almost certain to be the next Chief of Army Staff, present trends show that that future is nothing but tense. He might well feel confident of replicating his victory in the west, to the east. He can’t. But that’s another story.