Make-in-India for the world: India to export BrahMos supersonic missile to Philippines 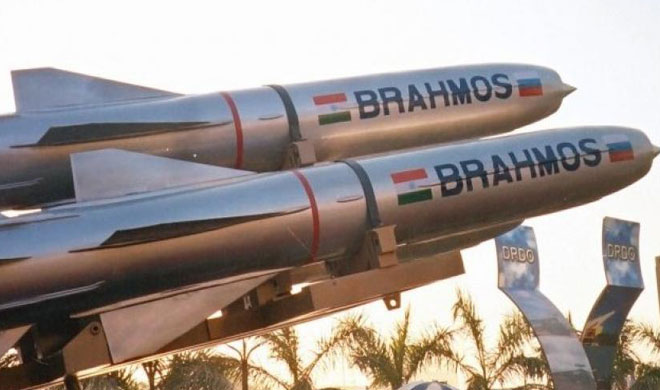 In what could be touted as the biggest defence export deal in recent times, India is all set to deliver ‘BrahMos supersonic cruise missile’ to the Philippines as the government in Manila recently allocated 2.8 billion pesos ($55.5 million) for initial funding for the weapon system.

With this, the Philippines will become the first foreign nation to acquire the medium-range supersonic cruise missile.

As per the Philippines’ Department of Budget Management website, two “special allotment release orders” worth 1.3 billion pesos and 1.535 billion pesos have been issued on December 27 to cover the initial funding requirements for the “Shore-Based Anti-Ship Missile System Acquisition Project” of the Philippine Navy.

The joint venture between India and Russian, BrahMos Aerospace produces supersonic cruise missiles that are designed and developed to be launched from fighters jets, submarines, warships, aircraft, and land platforms.

The variant, which is expected to be exported, is likely to have a range of around 290 kilometres. Recently, the Philippines has sealed a number of defence deals to modernise its defence forces.

On March 2, 2022, India and the Philippines signed an “implementing arrangement” to facilitate government-to-government deals on military hardware and equipment, including the BrahMos missile, which has a range of 290 km and can carry a 200-kg warhead.

Further, to bolster the process of manufacturing the missile, eminent scientist Atul Dinkar Rane was appointed as the new chief executive officer (CEO) and managing director (MD) of the BrahMos Aerospace Limited that manufactures the BrahMos supersonic cruise missile.

An amalgamation of the names of Brahmaputra river and Moskva rivers, BrahMos missiles are designed, developed and produced by BrahMos Aerospace, a joint venture company set up by Defence Research and Development Organisation (DRDO) and Mashinostroyenia of Russia.

Multiple versions of the supersonic cruise missile, including those which can be fired from land, warships, submarines and Sukhoi-30 fighter jets have already been developed and successfully tested earlier. The ship-launched version of BrahMos and land-based system are in service of the Indian Navy and the Indian Army since 2005 and 2007 respectively.

Later, the air launched version Brahmos was successfully flight-tested for the first time from the IAF frontline fighter aircraft Sukhoi-30MKI against a sea-based target in the Bay of Bengal on November 22, 2017.

The BrahMos is a medium-range supersonic missile that can be launched from submarines, ships, aircraft or land-based platforms. It is considered to be the fastest supersonic missile in the world that can achieve a speed 2.8 times the speed of sound.

The land attack version of BrahMos has the capability of cruising at 2.8 Mach speed and with the upgraded capability, the missile can hit targets at a range of upto 400 kilometers with precision. Advanced versions of range above 1,000 kilometers and speed upto 5 Mach are said to be under development.

Established in 1998, BrahMos Aerospace, specializes in producing cruise missiles and supporting equipment, such as launchers and missile guidance systems.