Manipur ambush brings China role in Northeast back in focus 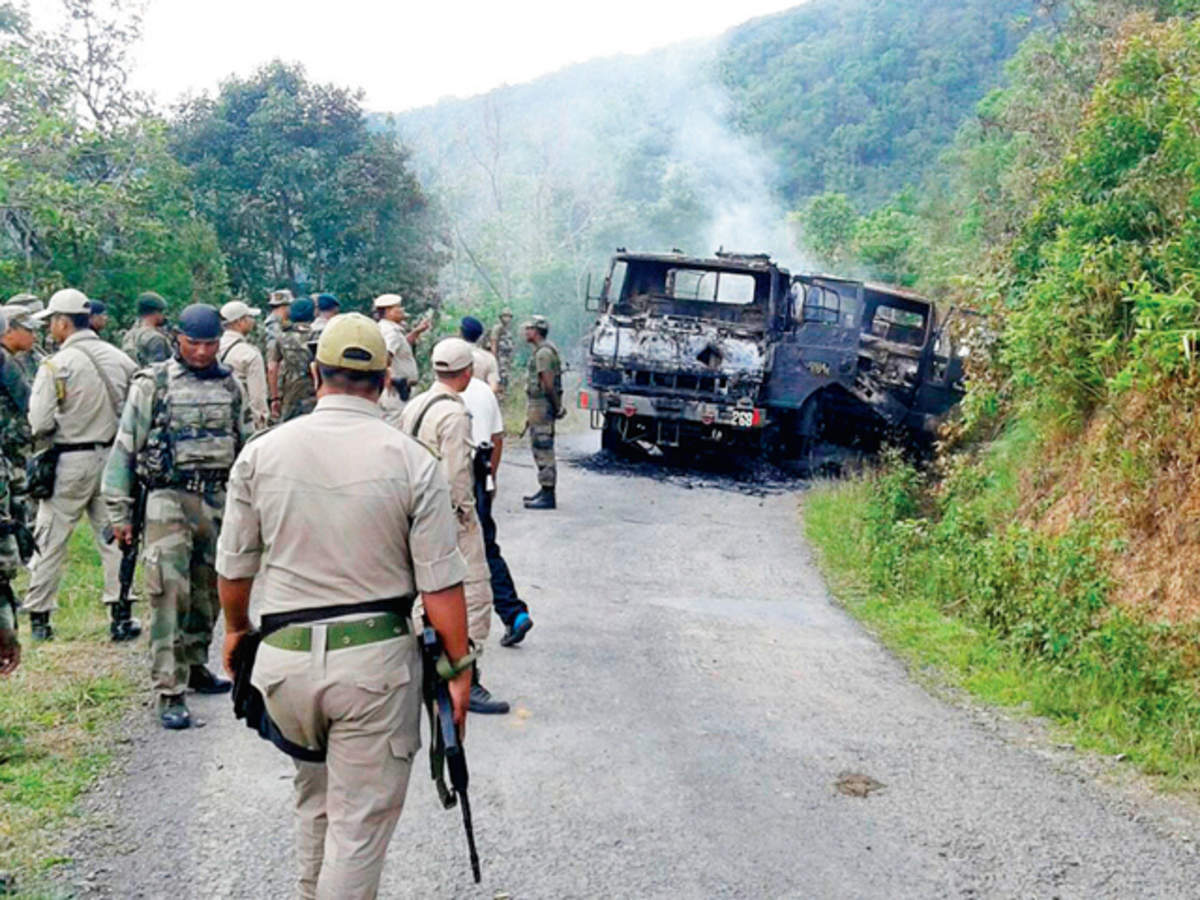 A deadly ambush near the Myanmar border in Manipur that killed five soldiers including a colonel, his wife and their eight-year-old son on Saturday has brought China’s possible support to insurgencies in India’s Northeast back in focus, and the neighbour may be plotting to foment trouble in the region amid border tensions, China watchers and security officials said on Sunday.

This is not the first time that Chinese links with insurgent groups have come under scrutiny. Questions about Beijing’s involvement have been raised previously too including in October 2020 when China’s propaganda machinery warned India against a trade pact with Taiwan saying Beijing could retaliate by supporting Northeast separatists and stop recognising Sikkim as a part of India.

“The possibility of China fuelling insurgency in the Northeast exists. Insurgent outfits in the Northeast, including Manipur, have links with armed groups such as Arakan Army and United Wa State Army in Myanmar from where Chinese weapons are finding their way into the Northeast,” a senior official said.

Armed militants ambushed an Assam Rifles convoy in Manipur’s Churachandpur district on Saturday when the commanding officer of the 46 Assam Rifles, Colonel Viplav Tripathi, and his quick reaction team (QRT) were returning from the Behiang border post and heading to the battalion headquarters at Khuga.

The Revolutionary People’s Front (RPF), a group under which the People’s Liberation Army Manipur operates, jointly claimed responsibility for the ambush along with the Manipur Naga People’s Front but said it wasn’t aware of the presence of family members in the convoy.

China may have re-established its links with PLA Manipur and other like-minded groups in the backdrop of the situation along the Line of Actual Control (LAC), said Lieutenant General Shokin Chauhan (retd), who headed the Assam Rifles in 2017-18. “This may have been done to unleash mayhem in the Northeast and tie down the security forces,” he said.