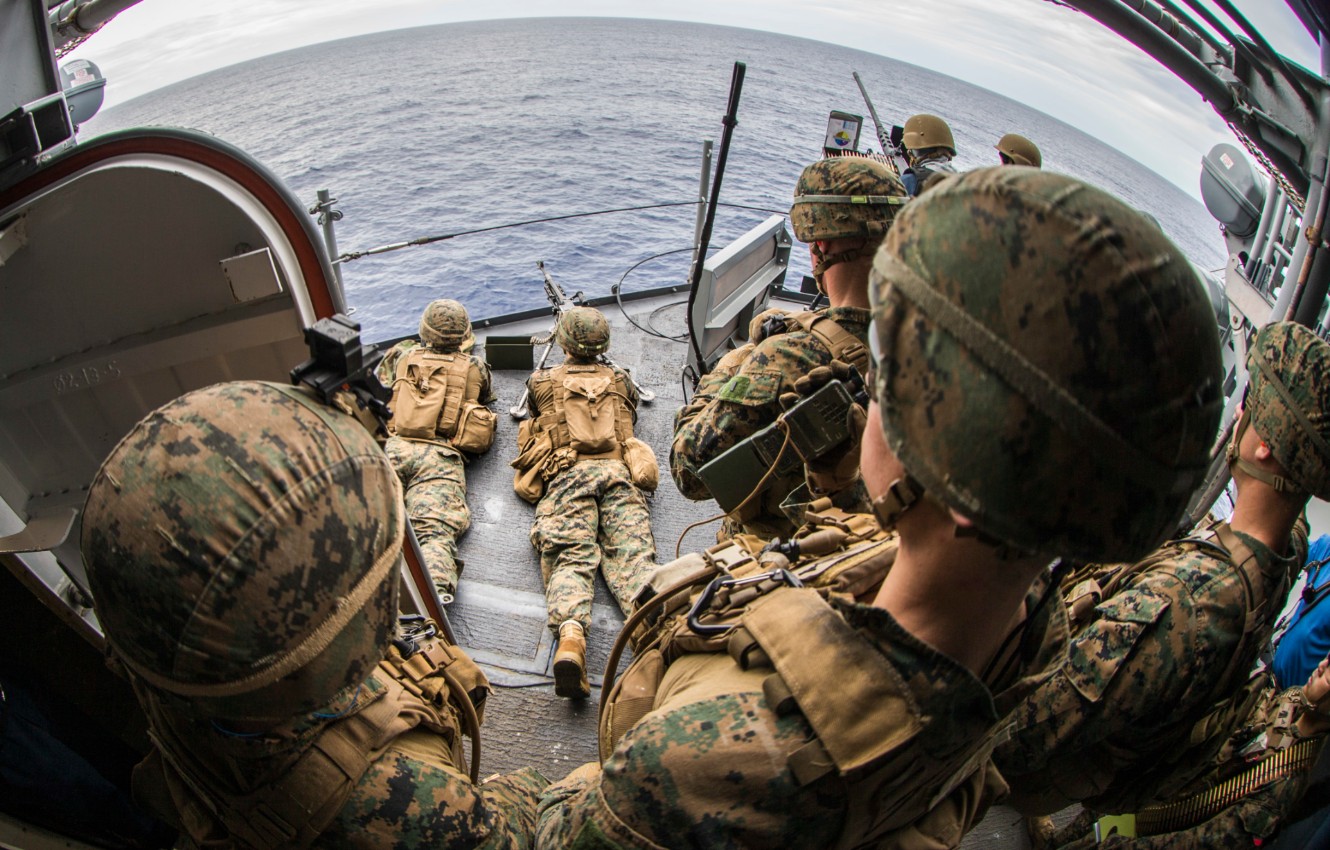 The Marine Corps today published a new warfighting concept, dubbed “Stand-In Forces,” describing the need for small, “lethal” forces that can also work at levels below combat to counter what’s often referred to as “gray zone” aggression from rivals like China.

Beyond small and lethal, the Marine Corps defines “stand-in forces” as “low signature, mobile, relatively simple to maintain and sustain forces designed to operate across the competition continuum within a contested area as the leading edge of a maritime defense-in-depth in order to intentionally disrupt the plans of a potential or actual adversary.”

Notably, the concept document, signed by Commandant Gen. David Berger, states that a stand-in force also uses diplomatic and informational tools to “impose costs on rivals” who use “ways and means below the violence threshold to achieve their goals.”

“The People’s Republic of China (PRC) is the pacing challenge for the joint force; thus, while the concept is applicable globally, the INDOPACOM area of responsibility is appropriately the focus of the Stand-in Forces concept,” according to the document.

Though the term is not used in the document, the US government often refers to disruptive acts below the level of armed conflict as “gray zone activity” and it has proven a difficult issue to counter. Both Russia and China have been accused of gray zone tactics, but perhaps the most prevalent example relevant to the Marines has been Chinese militia or coast guard units harassing fishermen and other vessels transiting in the South China Sea. Countering that harassment without escalating the conflict by involving much more powerful, heavily armed warships has been a persistent dilemma for the US military.

Berger discussed this issue in a public forum in September, going as far to say that driving multiple aircraft carriers into the South China Sea would not deter the Chinese. “The threat of punishment — conventional deterrence … I don’t think that works. It hasn’t, clearly. The last 10 years, last five years have shown that that will not work in all cases,” he said, as Breaking Defense reported at the time.

During the same forum, the commandant suggested the military could deter these relative microaggressions by highlighting them more regularly on the world stage.

The new document says stand-in forces (SIF) will “become an operational problem an enemy must address to achieve its goals. SIF impose costs on the enemy by presenting operationally relevant capabilities that cannot be ignored, even as their low signature, high mobility, dispersion, and use of deception make them difficult for an enemy to find and target. Their small footprint and focus on partnership make SIF less burdensome on the host nation than larger U.S. formations.”

Shortly after the document was published, Marine Corps spokesman Maj. Eric Flanagan told Breaking Defense that the new concept is not considered a formal concept of operations.

“This is a concept. This initial version of the Concept for Stand-In Forces purposefully has a light touch when it comes to describing command-and-control relationships. Structures and approaches for these are evolving. Wargames and exercises will inform this area a great deal in the coming months and years,” Flanagan said.