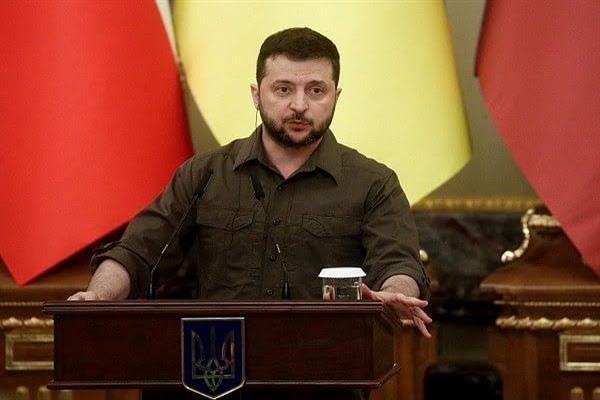 Ukrainian President Volodymyr Zelenskyy has said that the mass grave with 900 bodies had been found in different places in Kyiv Oblast. Ukraine’s The Kyiv Independent earlier said that the Ukrainian President said a mass grave with 900 people was found in Kyiv Oblast.  But after that, the media outlet issued a correction and said that Zelenskyy had been referring to the total number of people found in different mass graves in Kyiv Oblast. “Hundreds of civilians have been killed in the region by Russian troops,” the media outlet reported. On Friday, The Kyiv Independent reported that three Russian missiles hit Kyiv Oblast. The missiles hit undisclosed infrastructure sites near the city of Fastiv in Kyiv Oblast, according to Oleksandr Pavlyuk, head of the Kyiv Oblast Military Administration, said the media outlet.Meanwhile, UN Secretary-General Antonio Guterres, during his visit to Ukraine’s Borodyanka, described the ongoing war “an absurdity” and stated that he imagines his family in one of the rooms which has now been destroyed.”I imagined my family in one of those houses that is now destroyed and black,” he said. “I see my granddaughters running away in panic, part of the family eventually killed.  So, the war is an absurdity in the 21st century. The war is evil,” Guterres was quoted as saying by OCHA (UN Office for the Coordination of Humanitarian Affairs) Ukraine. The UN Chief arrived in Ukraine on Wednesday after his visit to Moscow.  Taking to Twitter, UN Chief said that he will continue their work to expand the humanitarian support to Ukraine and will also secure the evacuation of civilians from conflict zones. Notably, Russia launched a “special military operation” in Ukraine on February 24, which the West has termed an unwarranted war. As a result of this, the western countries have also imposed several crippling sanctions on Moscow.