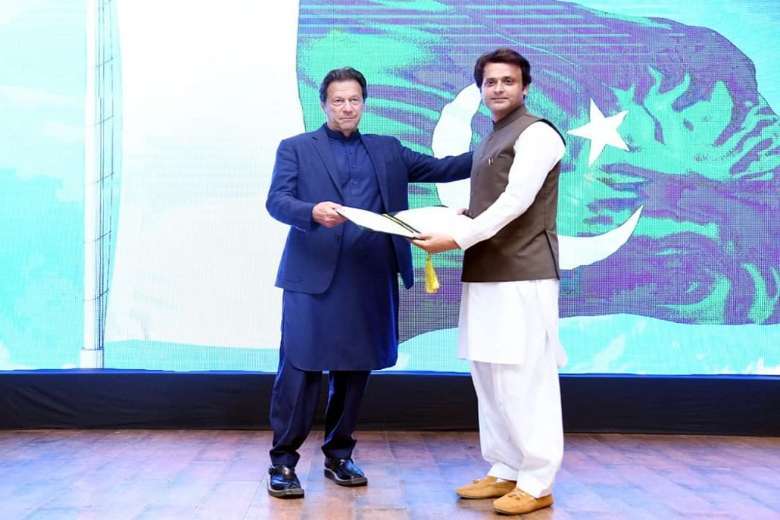 “Everyone becomes afraid and silent after a blasphemy allegation. Some people are falsely accused of blasphemy and are thrown in jail to rot, as neither any lawyer nor any judge wants to defend them.”

Khan was addressing the Dec. 7 condolences for Priyantha Kumara, a Sri Lankan citizen beaten to death and set on fire by an angry mob in Pakistan’s Punjab province last week over blasphemy allegations.

Attacks and blasphemy cases against Christian and Ahmadis have increased in recent years with the rise of anti-blasphemy party Tehreek-e-Labaik Pakistan. In April, two Christian nurses were rescued by policemen from an enraged mob after being accused of blasphemy by hospital staff in Faisalabad. They were granted bail in September.

The trend of mob attacks on churches started in 1997 when Muslim mobs attacked Shanti Nagar, a village in Punjab, following the alleged desecration of a Quran.

“As the head of state, he should have urged respect for holy personages of other religions combined. He should care for others as well,” he told UCA News.

“The public shouldn’t be judge, jury and executioner. We are awaiting strict punishment for Kumara’s killers and fear their supporters will soon raise slogans for murderers. Besides condemnatory statements, ulemas should spread tolerance among the grass roots. The mindset must change.”

Amir Mehmood, who handles communications for the Ahmadi sect, says religious extremism in public is a decades-old phenomenon.