Murder of Makhan Lal Bindroo is a Blot on Kashmiriyat 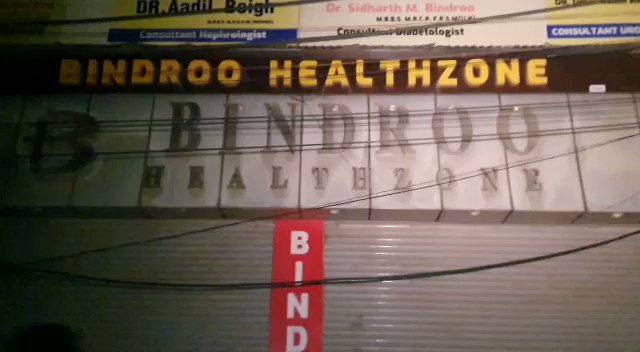 The brutal killing of three innocent civilians including a Kashmiri Pundit, a Kashmiri Muslim and a Dalit Hindu Bihari migrant worker by Pakistan-backed militants has not only broken the long spell of violence-free atmosphere in Kashmir valley since the abrogation of Article 370 in 2019 but has once again brought shame to Kashmir’s secular and syncretic culture of Kashmiriyat.

The killing of Makhan Lal Bindroo, in particular, has shamed Kashmir’s entire majority Muslim community as we have yet again failed to protect our brothers and sisters from our minority Hindu community, which in any case is already reduced to a tiny tribe as nearly 97 percent of Kashmiri Pandits were forced to flee Kashmir valley in 1990 after the onset of militancy.

What is really tragic is the fact that Makhan Lal Bindroo, who was an owner of a very famous and prominent pharmacy shop established in 1947, did not leave Kashmir valley even during the dark days of 1990 and had endured all the pain and suffering together with his Kashmiri Muslim brothers and sisters. He continued to serve the Kashmiri Muslim community, many of whom would approach him from far-off places in Kashmir valley for medicines.

So why was Makhan Lal Bindroo murdered? Just because he was a non-Muslim? a Kashmiri Pundit? a Hindu? We must also remember that yet another poor Hindu Dalit non-resident migrant labourer Virender Paswan from Bihar’s Bhagalpur district was also killed the same day.

These killings unfortunately once again bring to the surface the communal and anti-Hindu character of Kashmir’s militancy, which is supported by Pakistan. While most members of the Kashmiri Muslim community swear by the secular and purely political nature of Kashmir’s aspiration movement, the fact remains that Kashmir’s separatist militant movement is inherently Islamist in ideology and is staunchly anti-Hindu. Despite what most Kashmiri Muslims living in the Kashmir valley may think about their aspirational ideology, the outside world always points out that Kashmir’s aspirational movement is not only violent, Islamist, and jihadist but vehemently against non-Muslims, especially the Hindu community.

The forced exodus of the Kashmiri Hindu Pandit community in 1990 was solely driven by the fact that Kashmiri Pandits as a minority Hindu community were seen as a hurdle in Kashmir’s aspirational movement; therefore, they were forced through violence, intimidation, and rape to flee Kashmir valley en masse. None outside Kashmir valley is convinced of the so-called ‘Jagmohan Conspiracy Theory’.

So, why does the majority Kashmiri Muslim community keep denying the anti-Hindu character of Kashmir’s aspiration movement?

Kashmiri Sikhs, who are now the largest religious minority in Kashmir valley, are also not happy with the rising tide of religious radicalism in all parts of Kashmir, which has negatively impacted Kashmir’s Sikh minority as well. Kashmiri Sikhs complain of religious harassment and compulsion to convert to Islam.

Kashmir has a major problem of Islamic religious radicalism, which Kashmir’s majority community refuses to acknowledge, even as it seeks global sympathy for its aspirations. The world will always ask uncomfortable questions that the Kashmiri Muslim majority community does not want to confront.

Kashmir’s Muslim community’s conduct during the forced exodus of the Kashmiri Pandit community in 1990 will always haunt its quest for political aspiration. The much-discredited ‘Jagmohan Conspiracy Theory’ had no takers in the last three decades at the international level, including the Organisation of Islamic Cooperation (OIC), and therefore, the Kashmiri Muslim community cannot take A moral high ground by simply absolving themselves of any wrongdoing and trying to paint Kashmir’s overtly religion-driven aspiration movement as secular and inclusive.

Kashmir and its people have long suffered because of the lies and deceit and wrongful propaganda that have not only discredited the Kashmiri community at the international level but also portrayed Kashmiri Muslims as an intolerant, radical, violent, and terror-promoting community like the Taliban. Even after three decades, we have achieved nothing and except for few internationally rogue nations, most of the global community including almost all Muslim nations don’t support the political aspirations of Kashmir’s Muslim majority, even though they do express concern at human right violations of Kashmiri Muslim community, in general.

It is very important for the Kashmiri Muslim community to confront the ghost of religious radicalism and anti-Hindu character of its aspirational movement, which cannot be supported by any civilized nation in today’s world. Any society that mistreats its religious minority cannot win the sympathetic support of the global community. Kashmir’s Muslim community has to acknowledge that its aspirational movement has been violative of the rights of Kashmir’s religious minority, which is also a sin as per Islamic jurisprudence, which guides Muslims to protect their religious minorities.

Unfortunately, such is the scale of religious radicalism, which inspires Kashmir’s political aspiration movement, that most Kashmiri Muslims don’t feel introspective of what has happened to Kashmir’s Hindu minority. There is not only a sense of denial but also collective approval of what happened to Kashmiri Pandits. Therefore, under such circumstances, it is too much to expect from Kashmir’s majority community to reflect upon the senseless and brutal killing of Makhan Lal Bindroo, who was at the end of the day a Kashmiri Pandit.