Myanmar is sinking like Sri Lanka, violence up economy down 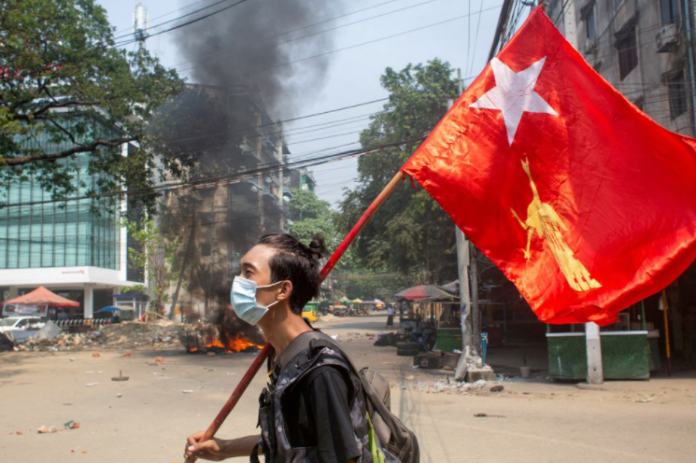 While Sri Lanka is facing a political crisis triggered by an economic one, junta-ruled Myanmar is sinking like the island nation with rise in violence and continued downturn of economy. When scattered pro-democracy protests were being held across Myanmar to mark the 75th anniversary of the assassination of the country’s independence hero and father of the ousted leader Aung San Suu Kyi, the currency was selling at 2,400 per dollar after it further depreciated.

This despite the country’s central bank ordering all companies with 35 per cent foreign investment convert their foreign currency holdings into local currency kyat by July 18. A report by Global New Light of Myanmar said that unspecified action would be taken against companies not following the rules. The rule was aimed at relieving pressure on the kyat to include more businesses.

A day before the coup d’état, which took place on February 1, 2021, kyat’s value against the US dollar stood at 1,340. Food and fuel prices in Myanmar have shot up with the plunge in the value of kyat and experts are worried that the crisis could further deepen in the embattled nation.

Meanwhile, the violence has been on the rise in Myanmar as the military regime continues its crackdown on pro-democracy voices. The protests held on Tuesday were dispersed within a short time to avoid confrontations with security forces.

Myanmar’s liberal democratic party National League for Democracy said that 48 NLD leaders have been killed and more than 900 party lawmakers have been arrested since the coup. NLD’s Human Rights Record Group spokesperson Kyaw Htwe told a media briefing that 11 party leaders died during detention while eight died in prison.

The opposition National Unity Government of Myanmar, which considers itself the country’s legitimate administration, said that it is unable to meet the firearms requirement for its armed wing despite spending 95 per cent of its budget, adding that it needs at least $10 million per month to fund the resistance movement. There are 259 township-based battalions of the NUG’s armed wing with approximately 80,000 to 100,000 members, according to people familiar with the matter. NUG also claims that most of the guerrilla forces are in touch with them.