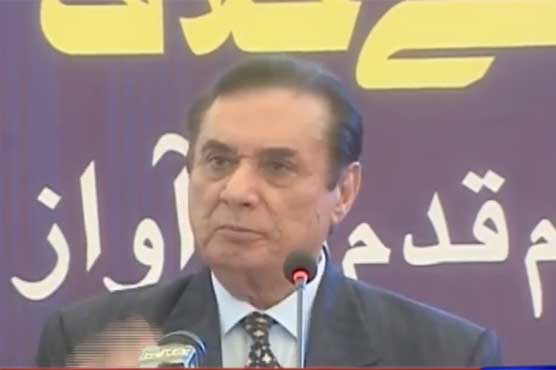 Chairman of National Accountability Bureau (NAB) Justice (retd) Javed Iqbal on Thursday said that corruption has destroyed the country and vowed to continue the war against it.

Addressing a ceremony in Lahore, Chairman NAB said that bringing back the looted wealth is a difficult task but he hopes that the country’s system will gradually improve.

He further said that in past four years, NAB filed about 1270 references in courts but making decisions on these references is not in his control as it is job of the courts.

Head of the anti-graft watchdog said that the bureau has recovered land worth billions of rupees and clarified NAB keeps record of all its recoveries.

He further said that people who claim that NAB officers take bribes should present evidence to him.

Javed Iqbal also said that there are no holy cows in the country and added that if we really want to make dream of Riyasat-e-Madina a reality, we have to adopt policy of self-accountability.