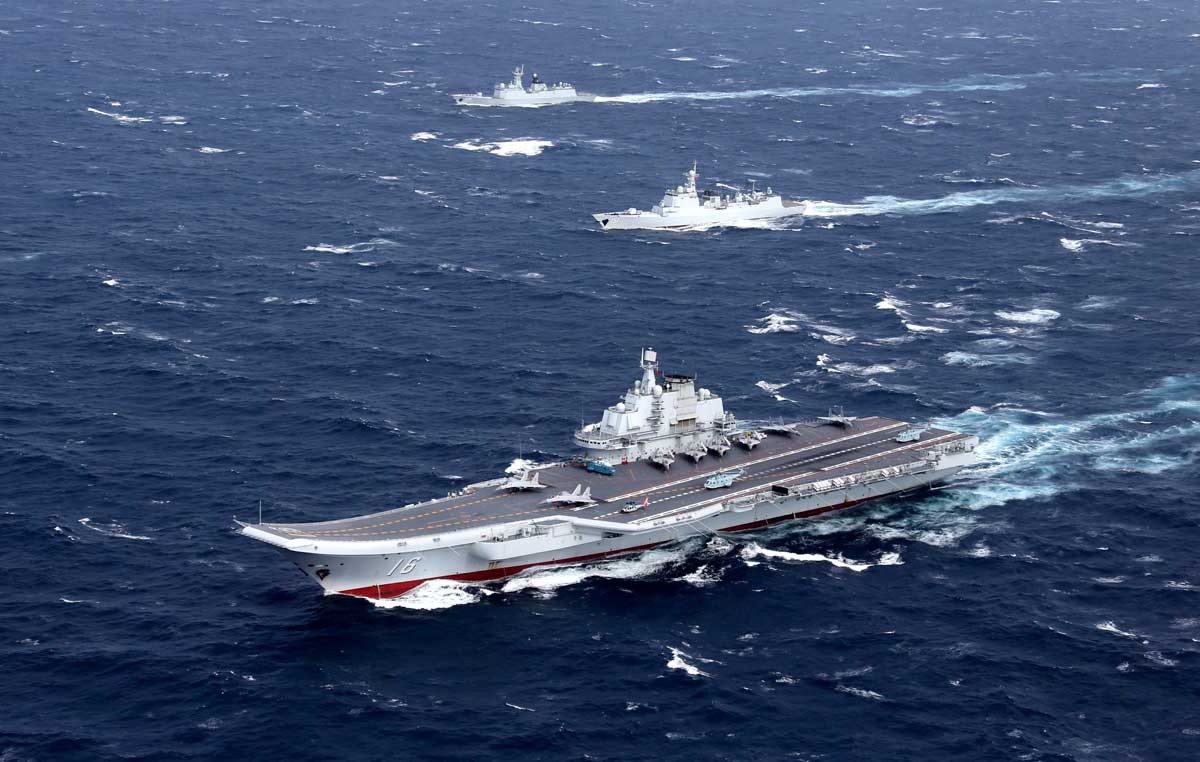 The United States of America is leading the way in anticipating the NATO countries in Brussels to meet the “security challenges of 2030”, placing the “first priority on China” and then Russia as its ally. Therefore, the White House issued a statement to express the issue, affirming:

“The countries of NATO and the United States of America will jointly launch a set of “ambitious” initiatives to ensure the preservation of the security of the alliance until 2030 and beyond, with full focus on the upcoming threats from Russia and China, as they are the most important challenges facing the countries of the alliance in the coming years”

The most prominent is the unanimity of the thirty members of NATO led by the United States of America, during the “Brussels” summit of the NATO leaders’ meeting in mid-June 2021, and their agreement in the statement of the NATO summit in June 2021, on:

“The necessity of reviewing “NATO’s strategic concept”, which will “guide its approach in an evolving strategic environment”, to include: the hostile policies and behaviors of both Russia and China and the security challenges that China poses to our security and prosperity”

Perhaps what is new in the “NATO” summit meeting in June 2021” is that explicit text issued in a clear public statement by the White House on China, and it is understood from it that “NATO and its members have become a security tool in Washington’s hands in order to move a proactive initiative expected by NATO against China and Russia”, which may represent a major shift in the path of the alliance and its strategic and defense objectives towards China, and we understand this by analyzing the approach of “NATO and its thirty members” in the recent period, as follows:

The declaration of the Secretary-General of NATO, “Jens Stoltenberg”, at the “NATO summit meeting in June 2021”, and his call by the leaders of the alliance countries during their summit in “Brussels”, the need to “establish a stronger common policy to counter the growing dominance of China”.

Secretary-General of NATO, “Stoltenberg” declared publicly and without substantiating his words with evidence, in echoing the same American security agenda towards China, by saying:

“China has the second largest defense budget in the world, the largest navy and invests massively in modern military equipment, and this “affects our security”

The most dangerous analysis for me remains, regarding what was announced by NATO Secretary General “Stoltenberg”, and his first talk about “liberal democratic values ​​and ideology, as echoing the same tone of the American discourse toward China”, with his statement:

“China does not share our values, and we see this in the way it has cracked down on democratic protests in Hong Kong, persecuted minorities like the Uyghurs in western China, and used modern technology to monitor its population in an unprecedented way”

He also notes the leadership and leadership of  “Stoltenberg”, as the most prominent leading official in NATO during the June 2021 summit, in an unprecedented way, to the approach of tightening the confrontation with China, by saying:

“All this “makes it important for NATO countries to develop their policy, and also to strengthen our policy when it comes to China”

We find that the “new approach of NATO’S confrontation and clashing against China” can be inferred by the strong assertion by NATO Secretary General “Stoltenberg” of the seriousness of the advanced confrontation with China, and the need for all NATO members to bear the financial burdens related to the “security joint defense of the NATO’s thirtyth members”, through the statement that says:

“The leaders of the alliance agreed on the 2030 strategy to meet the challenges of today and the future, and he said that the alliance is determined to defend itself in space, and it was agreed to increase the funding of all joint budgets of the alliance, not just the military ones”

NATO leaders emphasized the increasing intensity of China’s military influence, and its proximity to the “Euro-Atlantic region”, with “the Chinese and Russian navies carrying out several joint military exercises in the Mediterranean and Baltic seas”, as a sign of the flourishing of military cooperation between Beijing and Moscow.

Away from the Euro-Atlantic region, Beijing is working, according to multiple statements by the leaders of the “NATO” countries, to develop modern military capabilities, including: (long-range missiles, aircraft carriers, attack nuclear submarines), with potential security implications for NATO, given their world far range for their capabilities.

The fear behind “NATO” in its recent series of meetings of (China’s investments in space weapons as well), which may threaten any of (NATO satellites), and in addition to that, NATO countries are constantly exposed to electronic attacks launched by Chinese hackers.

We note here, NATO’s deliberate ignoring of the “Australian nuclear submarine deal” under American auspices through the (Aukus Defense Agreement), by criminalizing the leaders of NATO countries of Chinese nuclear arsenals and submarines, without any reference to the same nuclear submarine deal under Washington’s command and sponsorship  Australia’s purchase of it, through a recent statement announced to NATO leaders, by saying:

“We are as NATO’S members are concerned about China’s stated ambitions and the development of its nuclear arsenal, which poses challenges to the foundations of the international order”

Here, we find a series of statements issued by “NATO’s high commands” without a declared clarification regarding “the direct danger of China to their security,” and this came through the signature of the leaders of the alliance in (the closing statement of the NATO summit in Brussels in June 2021), that:

“China’s stated ambitions and continued behavior pose challenges to the foundations of the rules-based international order, and in areas of importance to NATO’s security”

In a frank affirmation from NATO Secretary General “Stoltenberg” about (the importance of joint security coordination between NATO and the European Union to confront China), this was done through:

Here, we can conclude, according to the previous analysis, that the tense relations between China and the United States of America, as it is the most prominent member of “NATO”, may cast the shadows of confrontation and escalation on the relations between NATO and Beijing, in (bearing directly by the thirty members of NATO for any possible consequences of confrontation and clash between  China and the USA).

The analysis is also the most important here, with Washington pushing NATO members themselves to bear (the burdens of defending American ambitions to confront Chinese influence in its Asian areas of influence itself), through new statements from NATO, that the claims of Chinese sovereignty in the South and East China Seas and Taiwan, may lead to an unwelcomed conflict between Washington and Beijing, and the new assertion of NATO, that:

“If there is any conflict between China and the United States of America in the South China Sea and the Taiwan Strait, NATO allies on the other side of the Atlantic will not be safe”

In my personal opinion, that point and this statement is, in my analytical view, one of the most dangerous statements ever made by NATO and its 30 members, bearing the consequences of the confrontation with China on behalf of Washington, despite “that this Asian region is not located in the South China Sea in the main regions of the direct security and military influence of NATO for all of its 30 other members.