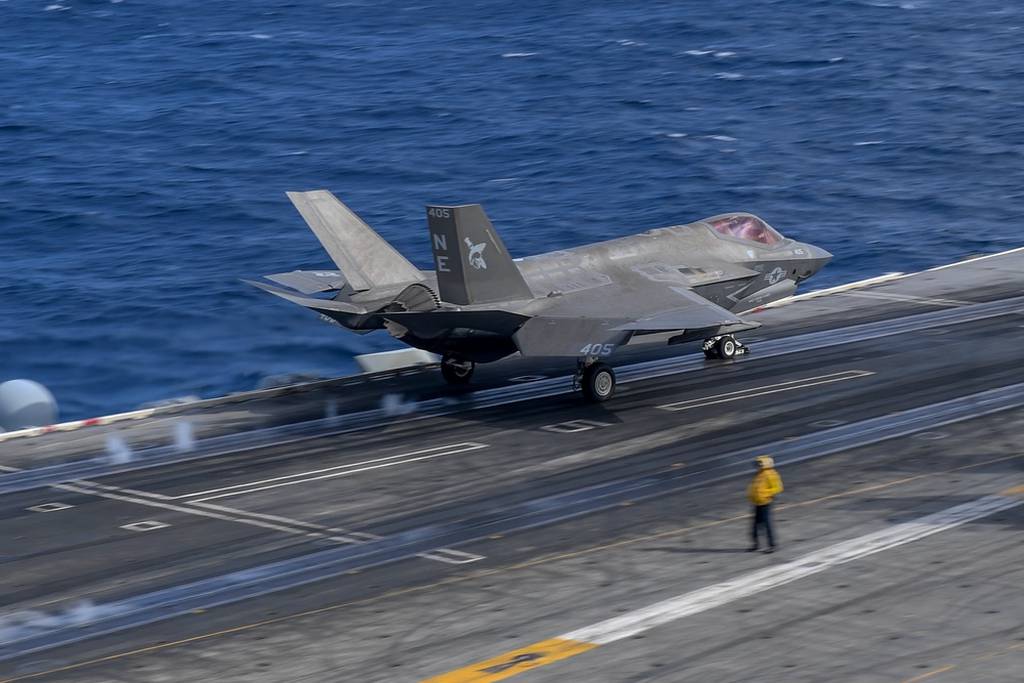 The U.S. Navy has largely kept mum about how it will raise the wreckage of a high-tech F-35C Lightning II jet that crashed onto an aircraft carrier and fell into the South China Sea last week, but a maritime navigation alert released by the Japanese government suggests where the salvage operation may take place.

On Saturday, the Japanese Coast Guard issued a navigation warning indicating that a salvage operation was going on in a northern portion of the South China Sea, roughly 185 miles west of the Philippines and 350 miles east of Woody Island in the Paracels, a group of man-made islands on which Beijing has built an airbase and other military infrastructure.

Officials for U.S. 7th Fleet declined to comment Monday or confirm whether the alert was connected to salvaging the jet.

The command said the Navy is “making recovery operations arrangements” to recover the jet, which crashed into the deck of the aircraft carrier Carl Vinson on Jan. 24 and then fell into the water, injuring the pilot and six sailors in the process.

The pilot ejected before the jet fell into the sea, but the pilot and two other sailors were evacuated to the Philippines for medical care.

Officials said last week that all seven sailors were stable.

The Japan Coast Guard’s Hydrological and Oceanographic Department, or JHOD, is the area coordinator for “NAVAREA XI,” a maritime geographic area demarcated by the International Maritime Organization.

Saturday’s warning notes that salvage operations will be going on there “until further notice.”

JHOD told Defense News that the water depth at the location is about 11,800 feet, according to surveys.

Such a navigational warning contains information for boaters about changes to navigational aids and current marine activities or hazards such as defects, dredging, or fishing zones.

The F-35 mishap was the fifth major aviation mishap to the Vinson’s carrier strike group in the past two months.

Losing the Navy’s newest and most high-tech fighter jet in the contentious waters of the South China Sea is considered a non-starter given the Chinese government’s interest in its American adversary’s military technology.

In March, the Navy recovered an MH-60S helicopter that crashed into the Philippine Sea in January 2020, raising the wreckage from a depth of more than 3.6 miles, which was a new recovery record at the time of the operation.

A video and photos of the jet just before its crash and as it bobbed in the water leaked online late last week, and 7th Fleet confirmed their authenticity.