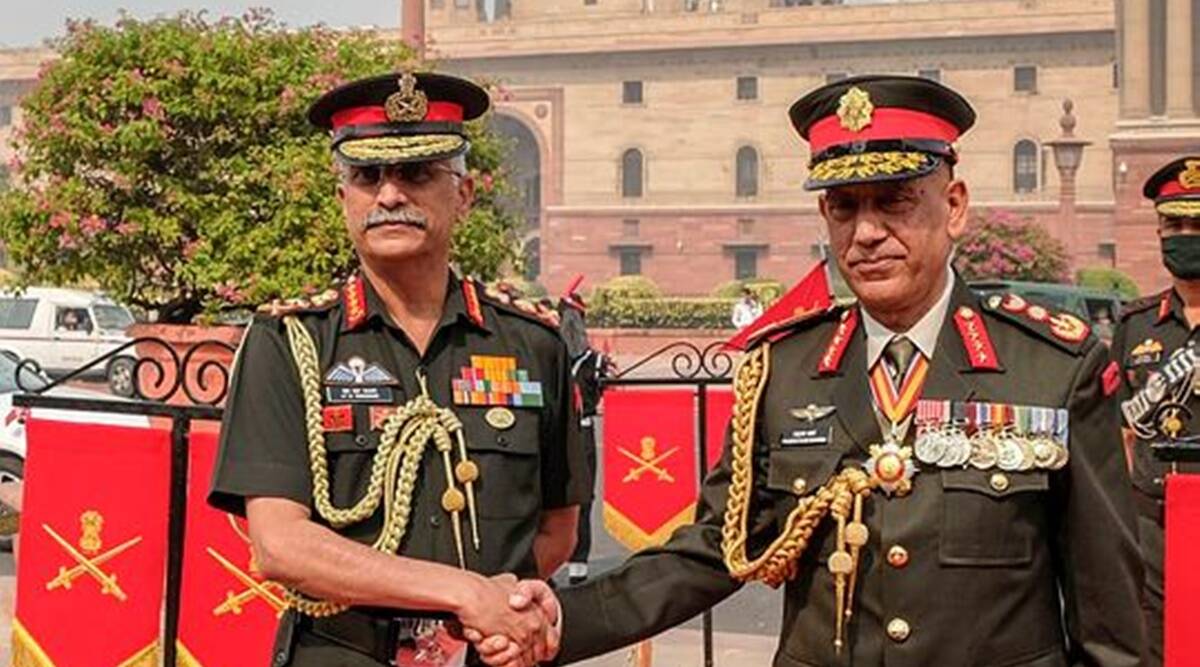 As Nepal Army chief General Prabhu Ram Sharma began a four-day visit to India Tuesday, its spokesperson said “Nepal is struggling against the headwind created by growing fissures in the India-China relationship, opening way for a realignment of the traditional strategic orientation” and “the bilateral relationship between Nepal and India is also going through a period of change”.

Writing in The Kathmandu Post, Brigadier General Shantosh Ballave Poudyal said “this visit should not be viewed as a mere continuation of the symbolic tradition” between the two countries — the Chiefs are Honorary Generals of each other’s Army — but “should be seized upon as an opportunity for constructive engagement to create a conducive environment for addressing bilateral issues”.

He said the “Nepali Army is treating the visit as a cornerstone of its military diplomacy; the same, however, cannot be said of the foreign service community that has been reluctant to adopt the term”.

Brigadier General Poudyal made these remarks in an article headlined ‘In defence of military diplomacy’ which had a disclaimer that “the views expressed are those of the author and do not necessarily reflect the policy or position of the Nepali Army”. Yet he chose to have it published on the day General Sharma headed to New Delhi to meet the Indian military brass and political leadership.

General Sharma met General M M Naravane and IAF chief Air Chief Marshal Vivek Ram Chaudhari. On Wednesday, he will be conferred the honorary rank of General of the Indian Army, as is customary, by President Ram Nath Kovind.

Over the next three days, General Sharma will also meet Prime Minister Narendra Modi, Defence Minister Rajnath Singh, External Affairs Minister S Jaishankar, National Security Advisor Ajit Doval and Chief of Defence Staff General Bipin Rawat.
Nepal is trying to balance relations with its two giant neighbours which have been involved in a tense 18-month military standoff in eastern Ladakh. Relations between India and Nepal too dipped after Delhi’s inauguration of a new road in May 2020 from Dharchula to Lipulekh on the Mansarovar Yatra route. It angered the then government in Kathmandu – KP Sharma Oli was Prime Minister then — which came out with a new map of Nepal, adding to it an area of 370 sq km at the tri-junction of Nepal, India and China which India maintains is its territory.

A Constitution amendment Bill was passed by Nepal’s parliament to legitimize the alteration to the country’s map with the addition of Kalapani, Lipulekh and Limpiyadhura. The passage of the Bill and the new map led to a temporary breakdown of communication between the two countries.

China tried to come to the rescue of the Oli government when it was tottering. But Oli’s government collapsed eventually and he had to go this July following the reinstatement of Nepal’s parliament by its Supreme Court.

In fact, on the eve of his departure to India, General Sharma received 3 lakh doses of China’s Vero Cell Covid-19 vaccine from the People’s Liberation Army, a consignment handed over by Beijing’s ambassador Hou Yanqi.

Poudyal, in his article, said the Army chief’s visit to India “comes at a time when Nepal’s foreign policy is under duress due to the change in the global strategic environment”.

He said “it will be in the broader national interest to recognise the importance of military diplomacy and give it due space in the public policy sphere”.

He underlined the need for military and traditional diplomacy to work together and cited the example of Indian Foreign Secretary Harsh Vardhan Shringla’s visit with Army chief General Naravane to Myanmar in October, months after the coup by the Tatmadaw in February.