Nepal facing China’s ire for collapse of its communist government? 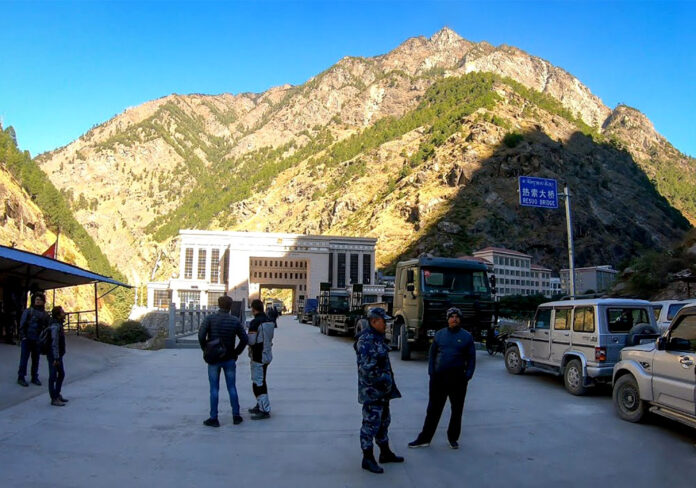 China is carrying out an unofficial and unannounced border trade blockade against Nepal on account of what is seen as its disappointment with the fall of the latter’s united communist government which it had helped to put together to serve its interests. The blockade is a violation of the Transport and Transit Agreement between the two countries and Nepal’s traders see it as a letdown by China, reported the ANI news service Jan 17.

Citing reports from Kathmandu, ANI said businessmen in Nepal had been left with no recourse but to protest against China at the two main trading points on the Nepal-China (ie, occupied Tibet) border – Rasuwagadhi and Tatopani – accusing Beijing of imposing an unofficial blockade.

Container trucks loaded with consumer items had not been allowed to cross the border into Nepal, the report said. It was not clear how long the current blockade had been going on, although reports about such action had persisted in the past too.

In addition, Chinese transporters were stated to have increased freight charges by as much as over four times along the nearly 25 km stretch of road between the Chinese-occupied Tibet border point and the Nepalese border.

Since Jul 2021, Nepal has been governed by a coalition led by Nepali Congress, which is seen as being more friendly and less confrontational towards the country’s southern neighbour India.

Meanwhile Nepal Airlines recently grounded six aircraft it had imported from China as the government carrier found them too expensive to maintain and unaffordable to fly. The airline is now looking to lease or sell the aircraft, if there are customers, the report said, citing Singapore Post.