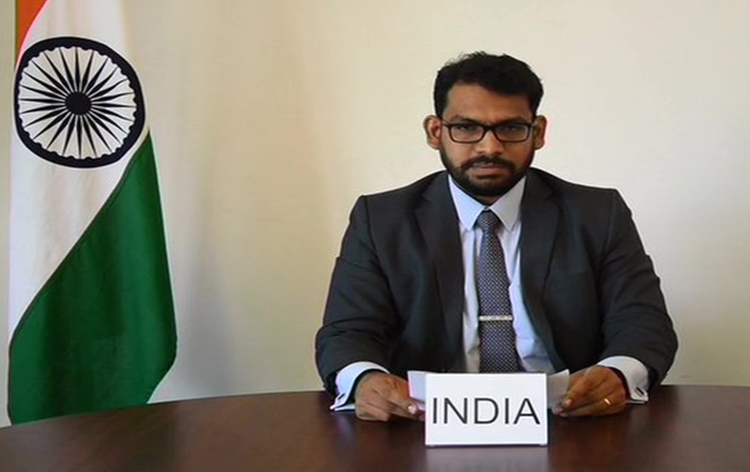 New Delhi today slammed Islamabad for abusing the platform of the United Nations Human Rights Council for peddling malicious propaganda against India. Exercising India’s Right of Reply in response to the statement delivered by Pakistan, First Secretary in Permanent Mission of India to UN in Geneva, Pawan Badhe rejected the statements terming them baseless. He said, such a statement doesn’t deserve any response.

Mr Badhe said, considering Pakistan’s own top leadership in the past openly acknowledged creating terrorist groups and training them to fight in Afghanistan & Indian UT of Jammu and Kashmir, Pakistan’s audacity, as a self-styled torchbearer for human rights of the people of India, is appalling.

India urged the Council and its mechanisms to call upon Pakistan to take credible steps to end its state-sponsored terrorism and dismantle the terrorist infrastructure in the territories under its control. Mr Badhe said, Pakistan has an abysmal record on the promotion and protection of human rights of its people and it has one of the worst records in ensuring the right to freedom of religion or belief for its minorities.